Agree.
Their prelim last year was pretty damn good quality (although Richmond ran away with it in the end).
Best result for anyone wanting a competitive and close Grand Final.

It’s an awful matchup from a likeability perspective.

Don’t think I can really barrack for anyone even slightly. Probably be happier with Geelong winning but only very very slightly.

Edit: even saying that out loud made me realise that if that happened, Chris Scott would be very happy. Which is awful. This is hard 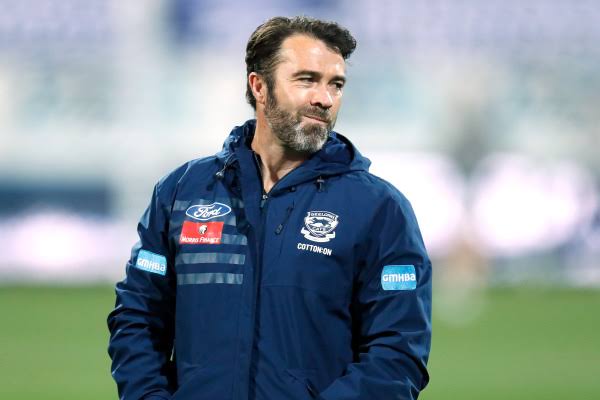 live in Adelaide. if I lived in Melbourne would probably be in the process of buying a cats Guernsey

Richmond fans were absolutely vile during the saga. Plenty of ugly comments thrown around throughout and since. Go Cats!

Cats deserve a grand final spot just on their sheer consistency since their last flag in 2011.

Constantly in the top four and apart from one or two straight setz exists seem to win finals that they’re expected to lose.

I put this in finals thread but more relevant here

It’s a Get Smart grand final. kaos vs control.

Wish he was our coach

Danger to get his first. Ablett, Hawkins, Taylor, Selwood to get their 3rd

Fark Richmond, sick of them!

I do fear Bruce may not last the match.

That’d be a positive

In this final eight system, have we ever had a grand final featuring the two teams that lost in the first week?

Give my left testicle to have him at Essendon.

Danger to get his first. Ablett, Hawkins, Taylor, Selwood to get their 4th

It would only be the 3rd for Ablett, Taylor and Hawkins

Chris Scott doesn’t get nearly enough credit. to get a team to be good for this long is a incredible effort

I reckon their recruiting and development is unbelievable too

When we were up and about at the start of the year 2 of my mates one of them Richmond and one of them Geelong said this year doesn’t count and it is the year of the ■■■■■ heaps. Now they are both in the grand final. I don’t want either of these pri cks to win.

And so many of the Geelong supporters want him out. I’d kill to be in their position each year