Hope you get the fans up off their seats like your dad used to.

Can’t wait to see the kid lighting it up with his brother. Fun times ahead! What’s this kid like, never heard of him. Trust Dodo to pick some unknown small skinny flanker.

I’m predicting he’ll get a game before Tsatsas.
What a steal to get 2 picks before him!

you monsters couldn’t even let ben make the thread

cant wait to see him line up at CHF just like his dad did!

Another private school kid, from a good family, lots of people around here will be upset.

Congratulations @benfti for all your hard work.

Can’t wait to see him play. We need some excitement in the team. I hope with Dean Rioli on the board the support structures around the indigenous boys to bring out the best in their talents.

Pick 45…lol! Reckon this is bargain. Welcome to the best club in the land Junior! Go well son.

Bomb it on his head!

Have Hawthorn only got 1 pick next year? Pretty sure they’ve traded out their 2nd, 3rd and 4th rounders next year.

If he cares about that sort of stuff, it mightn’t hurt that he didn’t get drafted as early as anticipated. Might make him work 1% harder and make him feel like he has a point to prove.

Alternatively it probably means nothing.

Oh cool, so theres another one on the way too.

My profile on Alwyn Davey

SNAPSHOT: “ An exciting midfielder/forward who has exciting traits which set him apart from other players in the draft pool.”

When twin brother Jayden went down with his second ACL the dream of playing with his brother at Oakleigh was dashed but the likelihood it can happen at another club seems high with both Alwyn and Jayden eligible under the father-son rule for Essendon with both boys dreaming of the day they could play for the team their father played for.

With Jayden done for the year Alwyn got his skates on making an early impression playing mostly in the midfield in a stacked Oakleigh midfield brigade and he would continue to improve as the games went on and was rewarded with selection for the AFL Academy who played Collingwood’s VFL side. Alwyn would go on to play every game for Vic Metro with his best game coming against Western Australia with 19 disposals, 5 inside 50s and 2 goals and his best game for Oakleigh would come against eventual premiers Sandringham in Round 16 with a 26 disposal game.

Davey averaged 16 disposals for Oakleigh and only kicked 3 goals but it was his eye catching traits and score assists that really caught the eye in those 6 games and he would also play plenty of good football for APS team Xavier College and would regularly hit the scoreboard with some fantastic goals.

It was a big year of footy for Davey playing every NAB League, APS and Vic Metro game possible along with his games in the Metro trials and the AFL Academy game, he would also finally put on the Essendon jumper playing for their VFL side late in the year which included a stunning long range snap goal that really showed off his class.

You cant help but get excited whenever Davey gets possession of the ball because he often does something special with it and just like his father did at Essendon Davey isnt afraid to use his speed where he has been able to burn of opponents with relevant ease. Davey makes running down the wings with a player hot on his trail look easy which isn’t unlike his uncle Aaron Davey who did the same for Melbourne countless times.

Alwyn shares plenty of attributes with his uncle but the main one he gets from his father is the ability to chase down tackle highlighted with a thrilling tackle against Eastern Ranges in Round 3 coming from nowhere to nail quickster Kai Windsor which got the crowd very excited. He doesn’t have the endurance to do it consistently but his pressure game is amongst the best in this years draft.

You would think with his speed and tackling that Alwyn Davey would play mostly forward but it’s the midfield where Davey has shone the most using his uncanny balance and agility to escape congestion, his ability to navigate in tight spaces is elite and with his clean hands and vision he can be a real weapon and with his balance and surprising strength over the ball he can give himself even more time especially with his clean hands at ground level.

Davey’s production and consistency has been his main point of contention and despite having some decent enough games he certainly hasn’t matched the high output of the likes of Elijah Tsatas and Will Ashcroft and although he spends more time forward than those players his actual scoreboard output hasn’t been as high as it could be with his finishing at goal not as crisp as his ball use inside 50.

Davey’s endurance at the end of the day is the key to lifting that production and it’s set thing he has worked hard on as the year has gone and has done well not to be burnt out with the amount of football he has played. A 6.55 2km time is respectable but will certainly be an area to improve to be a successful midfielder or forward at the next level but he may even get some time down back aswell to help ease him into AFL.

Although there hasn’t been an offical nomination yet it would be a shock not to see Davey nominate Essendon officially as the lifetime bomber fan has always wanted to play for his fathers team with his twin brother but even if that isnt to be it would take a brave club to pass up on his talent in the 15-25 area of the draft as Davey has many unique traits that set him apart from his peers and plenty of scope for improvement. Alwyn is a great kid by all accounts and is a supportive teammate on and off the field and any time could use those type of characters.

@essendonfc
The moment it happened. https://t.co/Dd5fiXQNTe 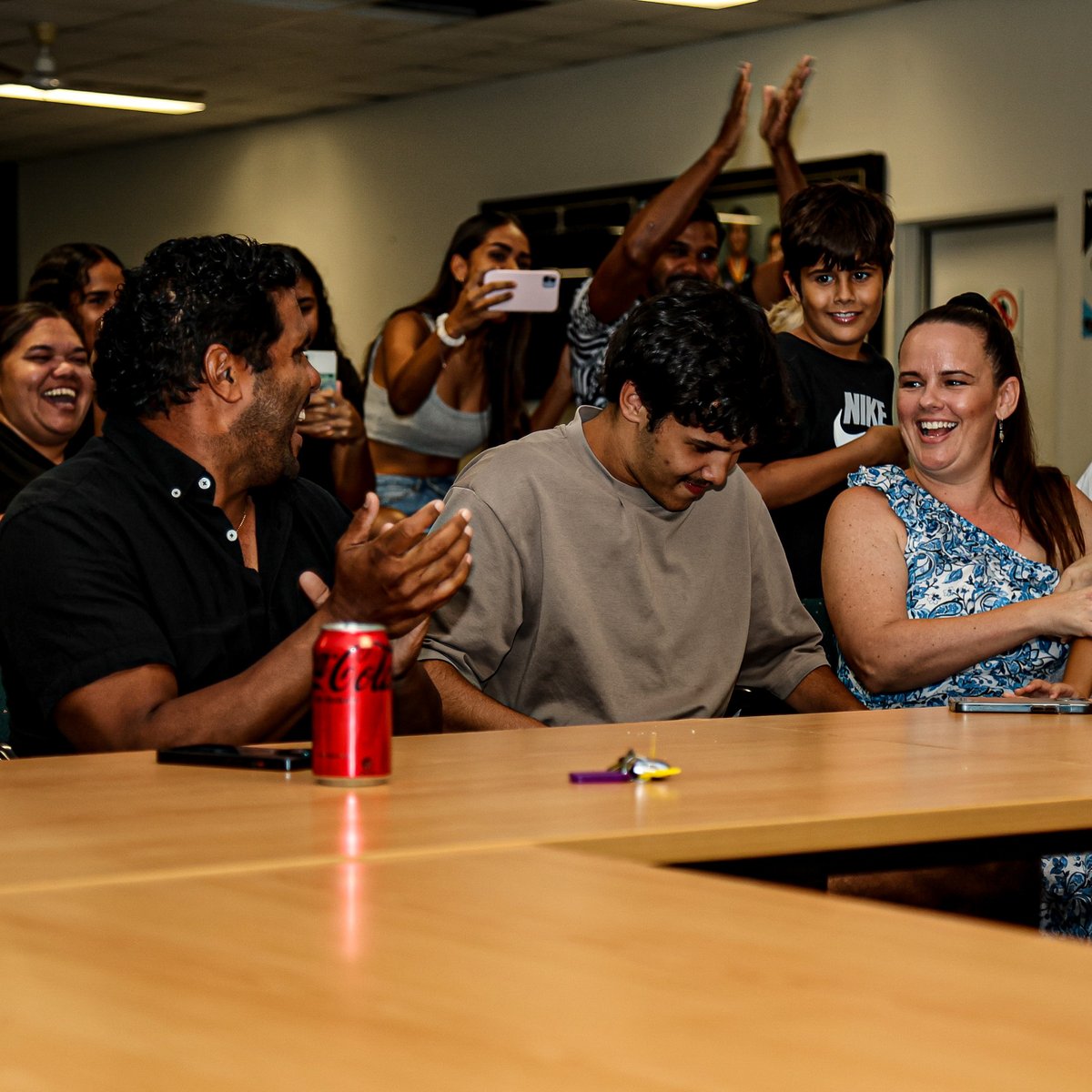