Maddy Collier to debut at the Bin Chickens (Ford dropped).

Fark Carlton will get destroyed by Melbourne:

West Coast failed to put Freo away for the game and the season, 23-26.

Geelong are currently destroying the Saints (downhill skiers?). This is making the chase for eighth place much more interesting.

As told from the heights of Mt Olympus

My revised prediction is Cats in eighth ahead of us on percentage. An upset win (Pies the best opportunity) to gwt us to six wins avoids that.

Note that this is based on us beating Geelong at Woop Woop Park. I guess we could beat them by a lot instead? 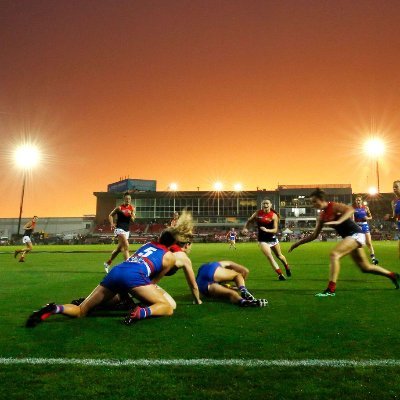 @glbastiani
Not only was tonight Geelong's highest ever #AFLW score and biggest winning margin, it is also the highest score ever conceded by the Saints, and the second biggest loss in their history.
theDJR September 23, 2022, 8:30am #7

The cellar dwellers both trying to win and to lose. Fark Carlton continues to be the best comedy on TV.

Bin Chickens are a pretty funny joke too.

So 7th is likely no longer an option… well, unless we beat the Bears next week!

We probably now get served up on a plate to a ■■■■■■ off Bears team up there next week.

Adelaide shook off some premiership hangover by beating GWS 97-1, taking them down to 54%. Still ahead of the Dawks and Bin Chickens in the thirties, I guess…

Note both of those latter two boosted their percentage notably this week, by having (for them) a high-scoring near-draw.