Soccer, late switch to Moonee Valley footy, debut in VFLW this year at 26yo… AFLW!

Essendon’s Amelia Radford is a mature-age midfielder who had an impressive season for the incoming AFLW expansion side’s VFLW side this season. Though not pre-listed, Radford was one of only a handful of mature-age VFLW players to earn an AFLW Draft Combine invite, suggesting interest from clubs outside the red and black.

She does have a number of traits that lend themselves to being able to adapt to the top level, from her defensive pressure to her stoppage craft and strong hands around the ground. She still has areas to improve on, most notably her kicking consistency, and in turn, her opposite foot.

Radford is a strong, 168cm midfielder who is clean by hand overhead, and at ground level, and lurks around the stoppages to try and win the contested ball. She can spread well to the outside and win it in transition, often being a

player who can dart laterally and put it on the boot true and straight. Her kicking itself can be inconsistent, though she does put it to the right spots. At times she goes for distance, and still directs it to damaging places on the ground, but an improvement on her opposite left foot would help with the overall consistency and efficiency of her kicking. Radford’s stoppage craft around the ground is strong, as is her ability to clunk marks on a lead.

One area that really stands out from a technique perspective, is Radford’s tackling, which is often a case of pinning one arm and leaving the ball handler with no ability to dispose of the ball cleanly. If the Essendon midfielder can tidy up kicking consistency - particularly her opposite foot - and at times decision making, then she has some nice defensive and offensive traits as a midfielder who can play in other positions. 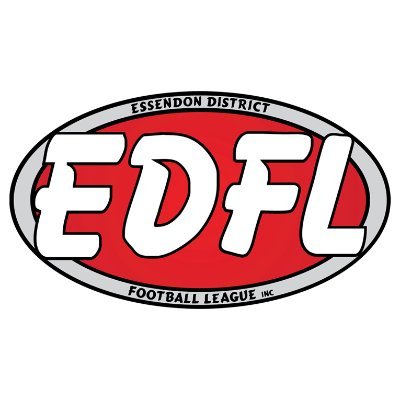 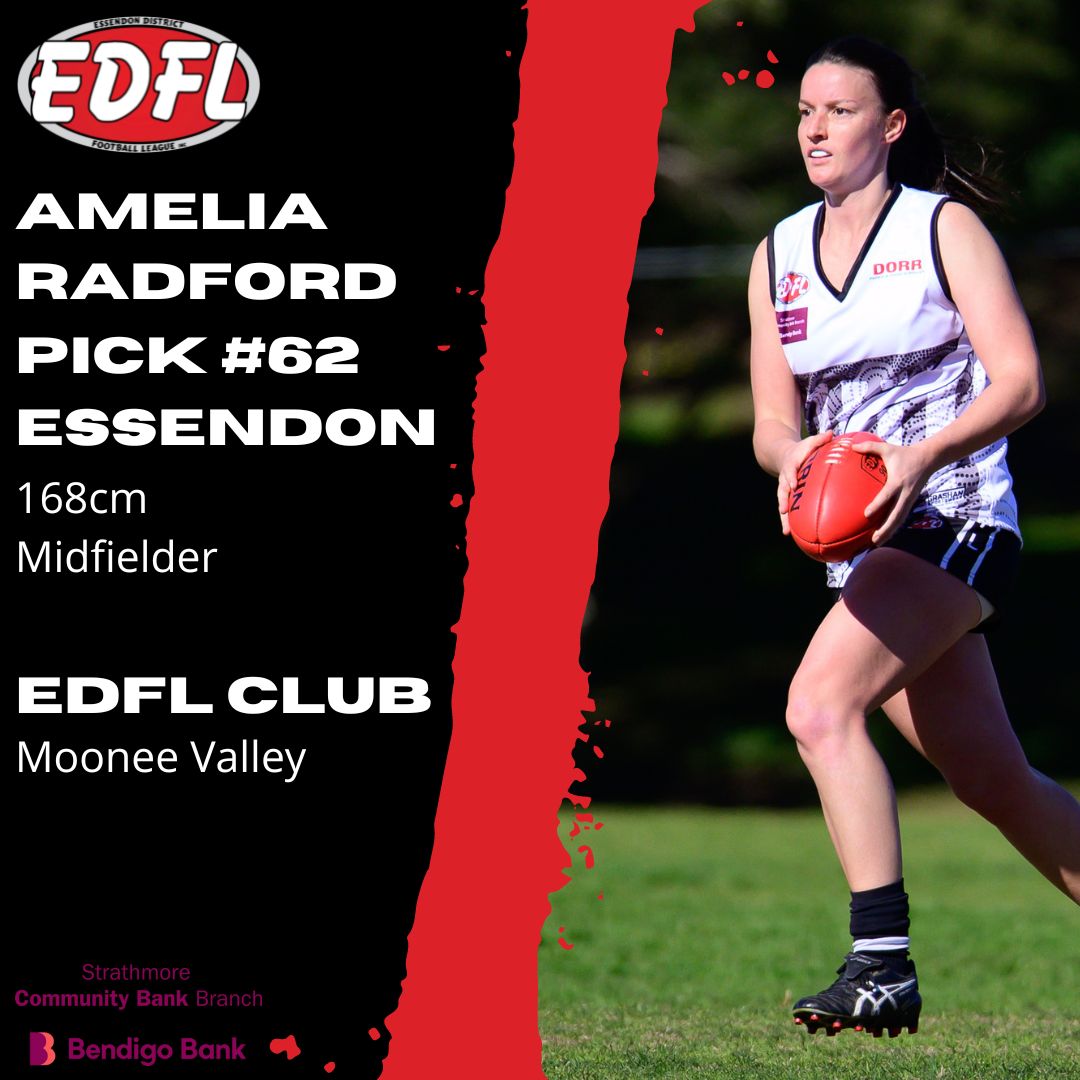 Ha, surrounded by old people, an octave or two lower-pitched.

Dancing through packs (cued up).

Takes on and beats five Saints. May that continue this weekend! 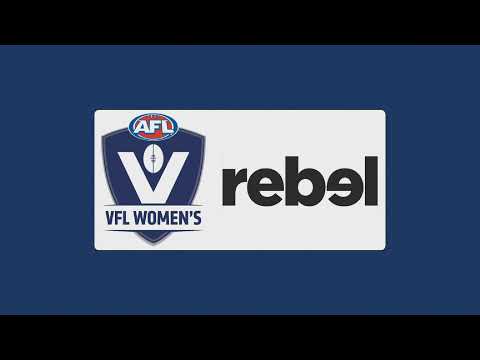 Her group may have been an octave higher if they hadn’t got warning she was about to be picked.

Yes, there are various spellings of her nickname going around. I’m relying on her magnet on the game day whiteboard.

Took her 13 months from starting footy to be on an AFLW list… but not enough “dancing in packs” lines, @acat493.

Moonee Valley to the big time: Amelia Radford's not just 'playing for fun'...

Just over a year ago, Amelia Radford picked up a footy again for the first time since Auskick. Now a VFLW premiership player, she's set to be a key part of Essendon's inaugural AFLW team.

Amelia Radford had barely picked up a Sherrin since Auskick before the start of 2021. Now she’s beginning her preparation to take the field for Essendon’s inaugural AFLW team.

Radford’s rapid rise was capped off with a VFLW premiership last Sunday, and being drafted last Wednesday. Seeing where the journey started, not even she can believe it.

The 26-year-old joined local club Moonee Valley in May of 2021 at the beckon of her friends and family. Previously a soccer player for 13 years, she was looking just to take up something new socially after taking time away from sport.

A chance encounter with a familiar name to most Essendon fans led her to where she is now.

“I’d never played footy before. I did Auskick when I was a young’un,” Radford told The Inner Sanctum .

“I wasn’t really thinking about AFLW, I was just playing for fun. I played a handful of games [at Mooney Valley] and was lucky enough to have Dean Rioli as one of our assistant coaches.

“He contacted Essendon and I went down to the VFL training. Dean was a great mentor for me, to help me get through the season and the early days.”

Radford impressed from the get go as an inside midfielder, named in the centre bounce in the EDFL Team of the Year.

She took on the challenging role with ease, dominating the competition. Stepping up into a VFLW midfield, however, was a different story.

“I played midfield in my soccer days, so that gave me a good understanding of how to play in those midfield roles, moving both back and forward through the ground,” Radford said.

“Obviously through the pre-season, Essendon invested a lot of time to improve my midfield craft and learning the structures and moving through the stoppages in our different set ups.

“Definitely credit to the coaches for investing the time in me to become a better inside midfielder.”

A difficult pre-season paid off in spades, as Radford immediately caught the attention of fans and recruiters alike.

She finished the year averaging 21.2 disposals (top five in the competition) and 4.1 tackles, equally as strong offensively and defensively. Radford earned herself three votes in the grand final win for her 16 disposal, eight tackle, three clearance game.

The grand final was just another highlight after a massive showing in the finals. She kicked her first VFLW goal in the semi final win over Casey to go with 25 disposals and five clearances.

Her incredible finals form contributed to being taken at pick 62 in the 2022 Draft.

“Draft night was a special night, it was extremely stressful waiting until you hear your name read out,” Radford said.

Taking the step up

With Radford’s step into the VFLW team came an expectation of near AFLW standards.

Essendon was granted an AFLW license in August alongside Hawthorn, Port Adelaide and Sydney. The women’s program began preparation for the next 12 months accordingly.

The VFLW side recruited strongly, brining in players that inevitably joined the AFLW list including Bella Ayre, Dani Marshall, Renee Tierney, Joanne Doonan, Jordan Zanchetta, and Radford herself. Midfielder Sarah Ford was also selected as an open-age signing by Sydney.

While that increase in standards was a large one, it’s given Radford more time to prepare to jump up to the top level.

“The step up from local footy to the VFL program at Essendon mirrored the step up to the AFL program, because they were going into the AFL next year,” she said.

“It was all a bit of a shock having a GPS in the jumper and training being recorded and big gym programs, long nights, three nights a week training. It was a massive step up.

“From a football and a physical side of things, I managed to keep up pretty well. It was the mental side and having the mindset and belief that was the main thing.”

Having played 17 VFLW games including three finals, the intense training doesn’t stop. Radford and the other state leaguers will launch straight into their AFLW pre-season after just a week off.

She’s ready to tackle it and take on the top level opportunity, however it turns out.

“Starting next week, all of us girls will be back into full load and full on training,” Radford said.

“I think we’re pretty excited by that but obviously our bodies did need a bit of a rest to reset. It’s seven weeks until the season starts.

“Starting Monday we’ll all be out there training together as a full group as well. My goal is just to play a few games, that would be nice.

“The transition from local footy to VFL was a lot, and I’ve built really good connections and friendships with the girls in that team.

“When Essendon drafted me, it’s made everything 10 times easier having the girls, knowing how they play and having those friendships and connections already established. I walked off the training track [on Thursday] night after my first session, and I was like ‘oh thank god we’re doing it all together’.”

Above article subsequently published by EFC. 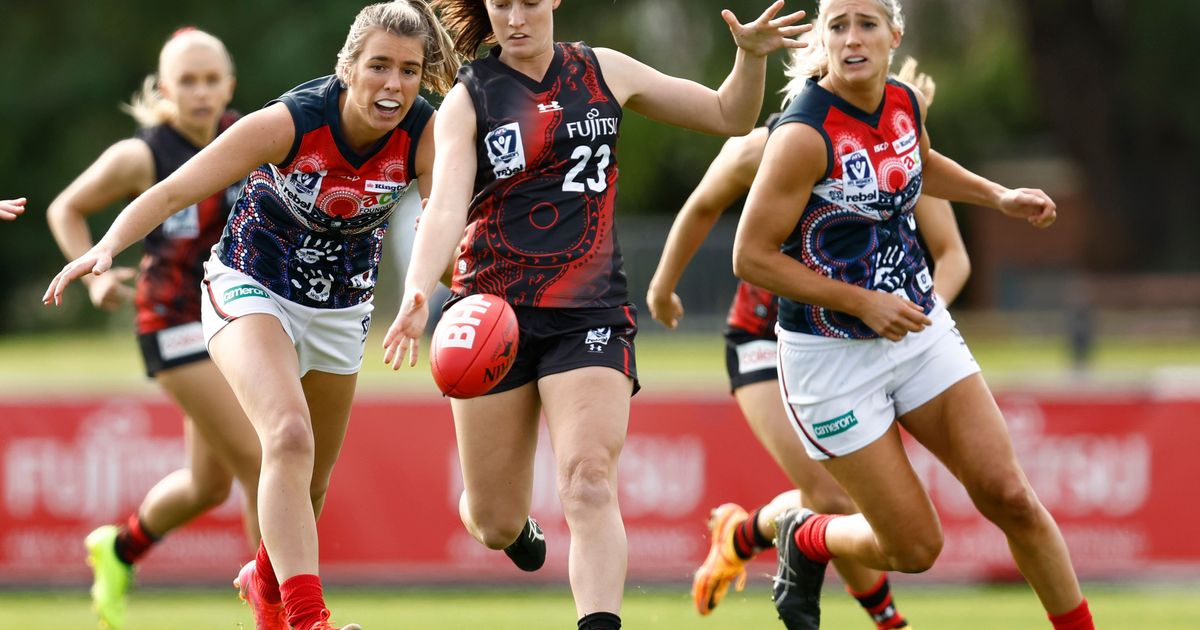 From Moonee Valley to the big time