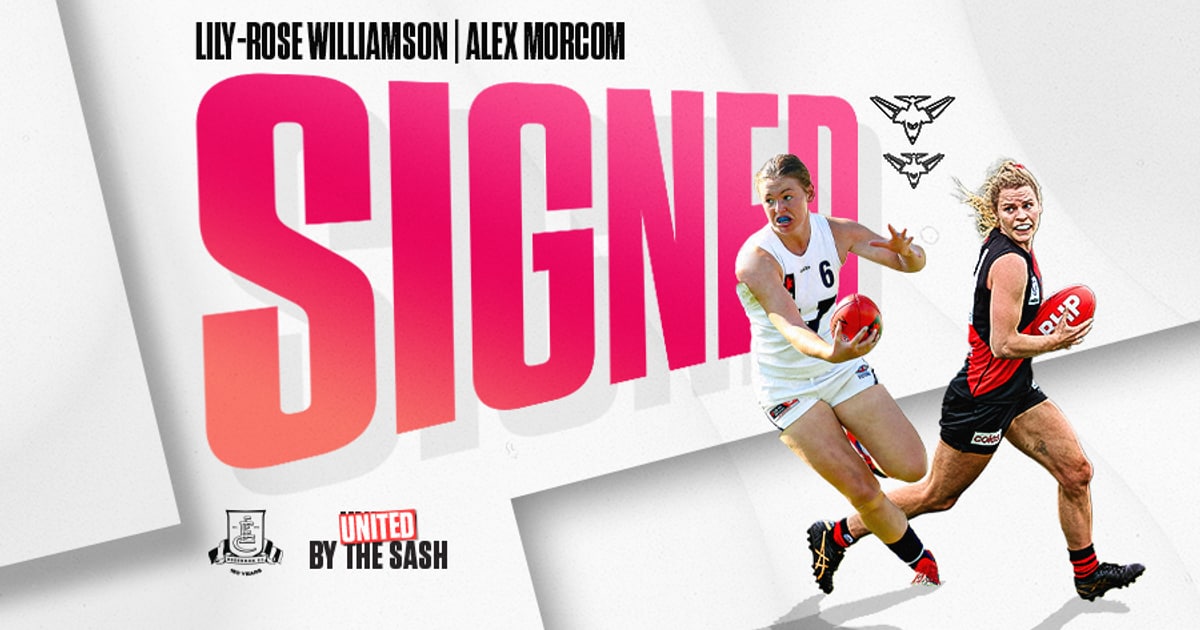 She’s our only original VFLW player to make our AFLW team.

You’ve got to be a pretty damn good forward not to get shut down by her. 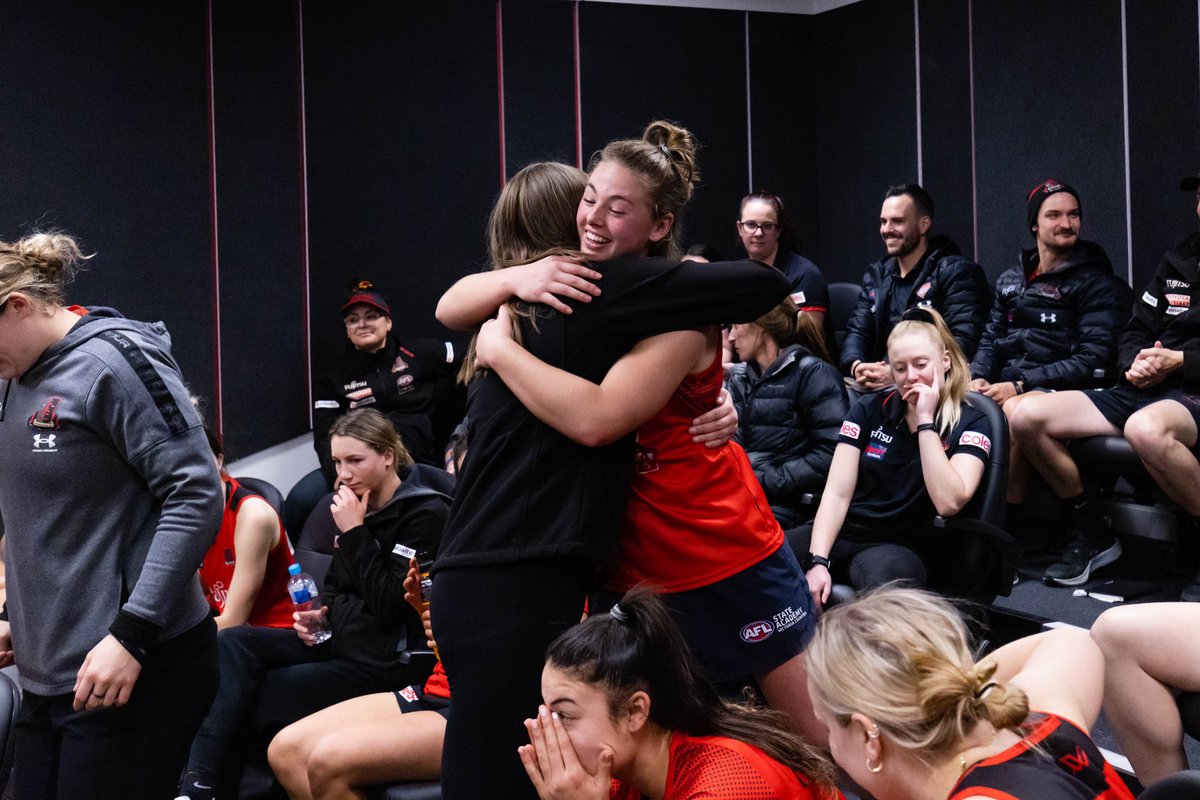 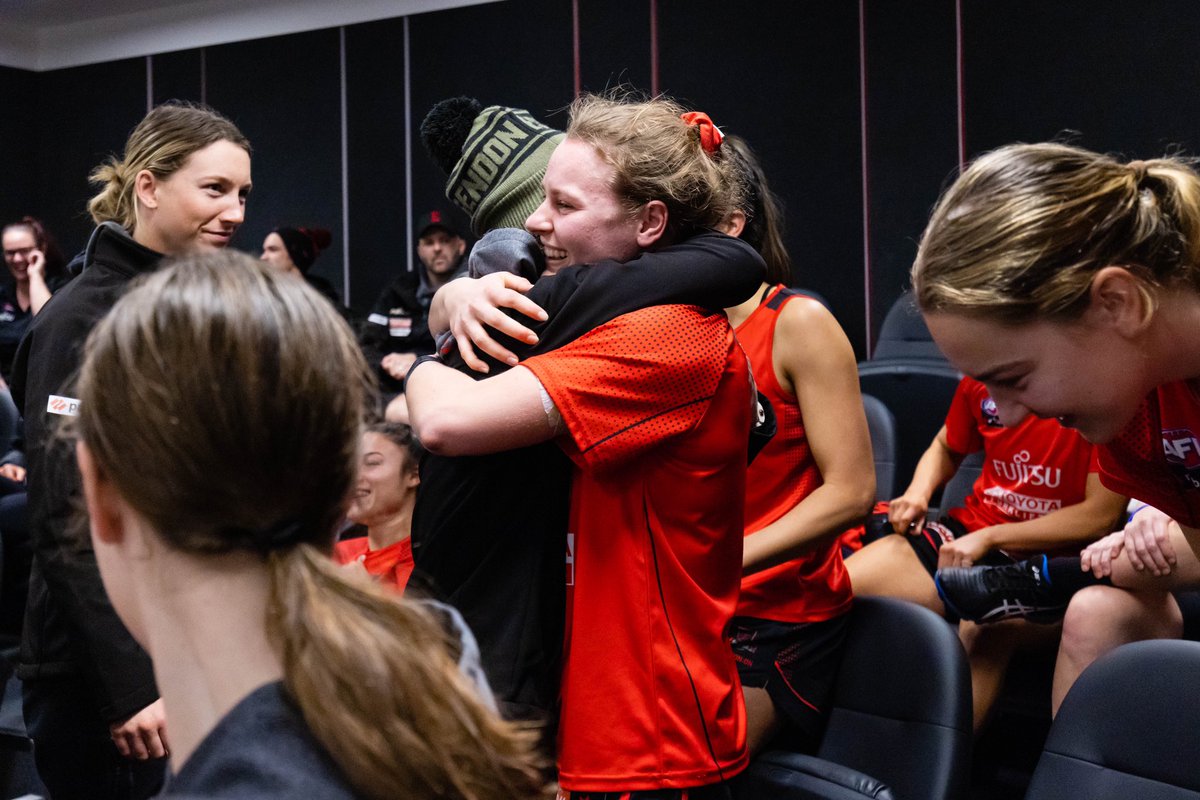 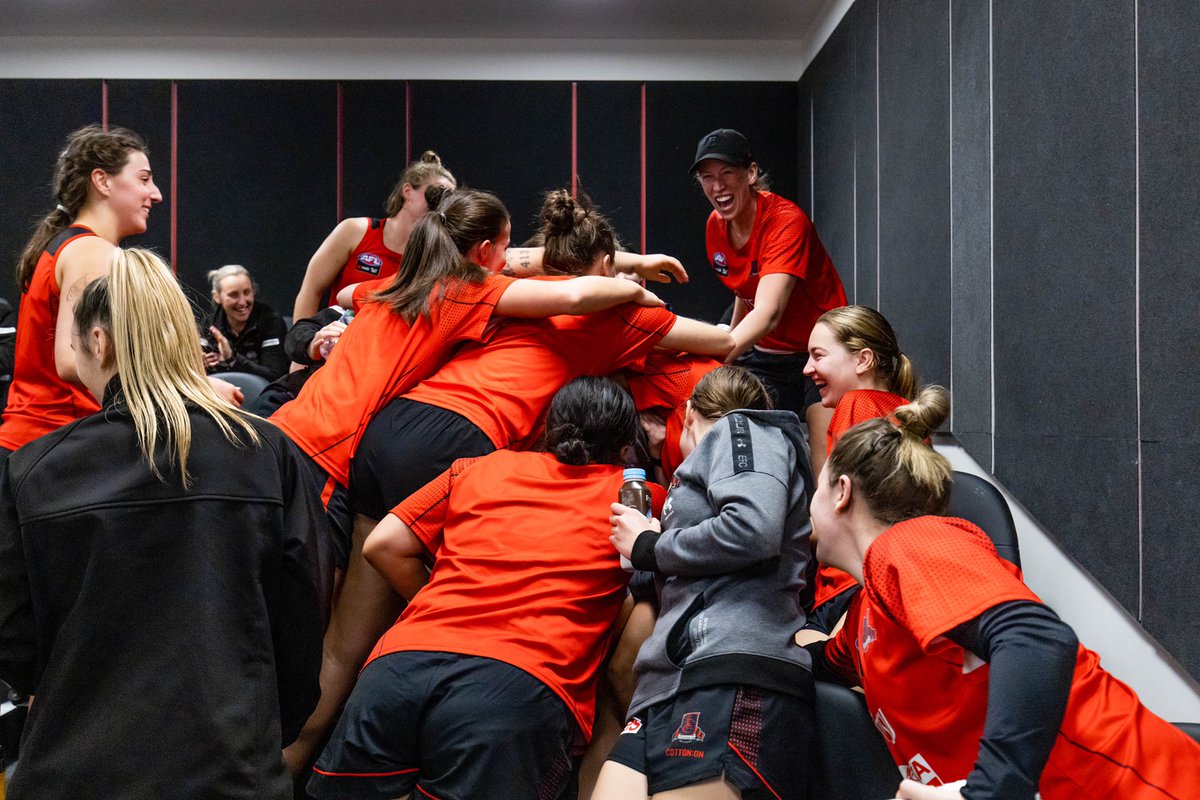 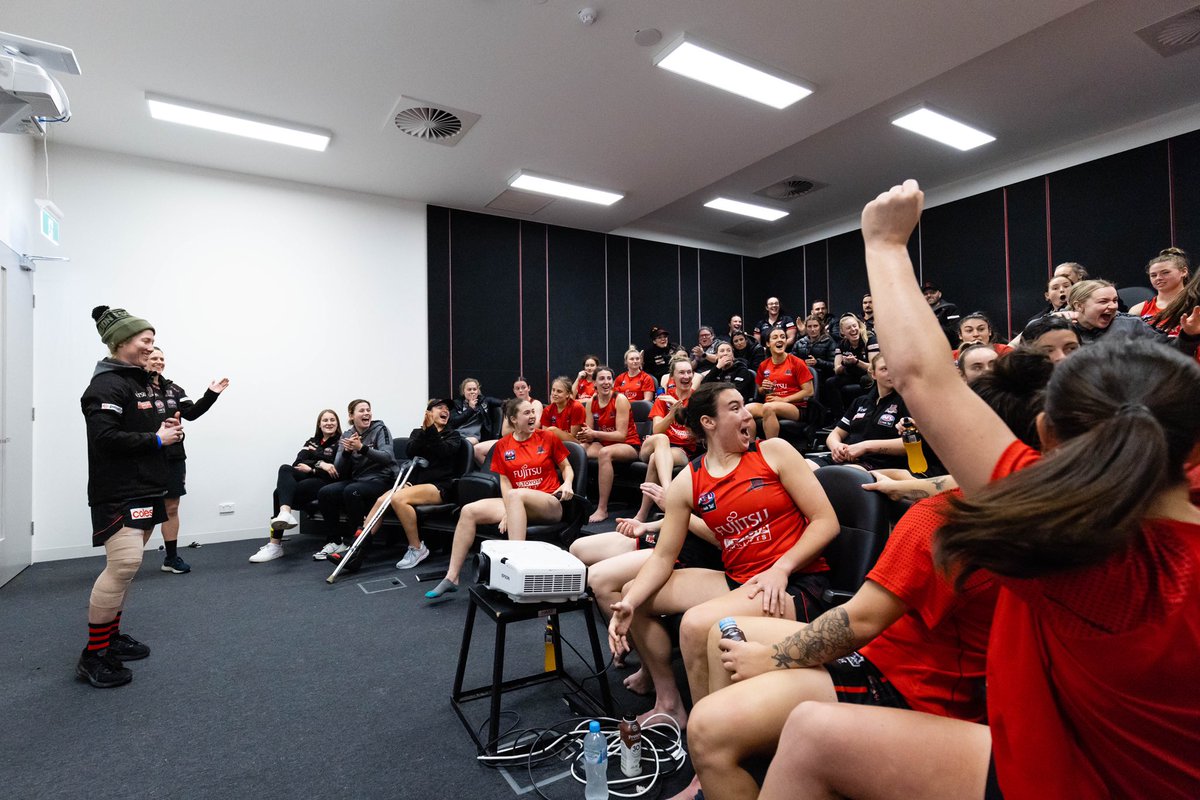 Missed that this year she started as (full-time) AFL Operations Coordinator for us.

Currently working in Essendon Football Club’s Football Department, assisting with the operations of our training program and game days. Also working in the role of Community Engagement Officer, overseeing the Train Like a Bomber program, Wheelchair Football Team and liaising with community stakeholder groups.

Previous experience includes working as a Camp Coordinator with People Outdoors, organising camps for people living with a disability, encouraging individuals to spend time outdoors and reap the rewards of adventure activities. Additionally, I have worked for the Australian Football League assisting with customer service in their coaching department, and the delivery of AFL school and community programs.

Graduated from La Trobe University with a double major in Sport Management and Marketing. Completed a 4 week overseas placement with the Bali Sports Foundation, and a semester studying abroad at Louisiana State University.

FOOTBALLER Alex Morcom has grown leaps and bounds since the beginning of her career as a teenager at Ballarat Grammar.

From joining a burgeoning high-school team to winning the VFLW (Women’s Victorian Football League) Premiership representing Essendon earlier this month, Morcom has consistently grown as an athlete and woman.

As a student at Ballarat Grammar, Morcom was originally involved with netball before joining the girl’s football team in Year 11.

“(Women’s football) was probably something that I hadn’t had the opportunity to play back at home, so I loved it,” Morcom said.

"I remember doing Auskick back at home when I was little before moving over to netball, which was kind of the thing to do at the time.

“I think (girl’s football) was starting to be normalised at the time, it was getting bigger and bigger.”

Morcom’s mother, Carolyn Morcom, said that Morcom was always playing some sort of sport as a child.

“Her two brothers were footballers and there used to be a fair bit of kicking in the backyard and she would join them,” Ms Morcom said.

“So I suppose she had a taste of it (at a young age), she was playing netball at the Warrack Eagles when the boys were footballing because there wasn’t a female team.”

Morcom was football captain during her last year at Ballarat Grammar and the team went on to win the 2014 Herald Shield.

"(Alex is) a pretty shy, kind of quiet person, and that day, when (the team) won the Herald Shield, she was the captain, and she got up and spoke to the parents, the team and the teachers and I was so proud of her.

“I suddenly just saw this young girl come out of her shell, it was quite precious.”

Morcom continued her football career throughout her time at university, first attending RMIT University and then LaTrobe University where she started playing for the Diamond Creek football team.

She eventually made it to the Diamond Creek VFLW (Victorian Football League) team where Morcom was an emergency player for the grand final.

In 2018, Morcom found her footing at the Essendon Football Club and became a member of their VFLW team.

“To have been in the (Essendon VFLW) program has been pretty incredible,” Morcom said.

“As an individual, you’re going to develop your skills but you (also) have to work pretty hard.”

Morcom works full-time at the Essendon Football Club underneath a dual role. Three days a week Morcom works as an administrator in the men’s program, organising training schedules and games.

The other two days are spent as a community team member, running school programs and clinics. In these clinics and school programs, and just the general football world, Morcom has seen an influx of female players of all ages.

"I think back, and I’ve been a sporty person and played whatever I could- I played netball, tennis, basketball but for the younger (female) generation to have the ability to pick up a football at an extremely young age, it’s just so exciting to think where female football will be 10 years down the track.

“(Female football) has already developed immensely, I think it’s great to see how many girls are involved in football now, it’s just incredible.”

On the elite level of women’s football, Morcom said she would “love to see” full-time female athletes.

"(I’d) love to see (female footballers) that can focus purely on playing football and not having to balance everything like they are at the moment,

“For them to be able to focus purely on the football side of things will only help develop the game and develop individual skills and team skills too.”

“I’ll keep pushing to get there, to be able to play at that level. I have to keep working hard and staying on track to reach that goal.”

She is an EFC OG, and last week was the first EFC game she’s not played in since 2019 (excluding that one day when 8 players were out with COVID/illness).

THE NATURAL ORDER OF THINGS HAS BEEN RESTORED!

Mia-Rae says GET AROUND HER. 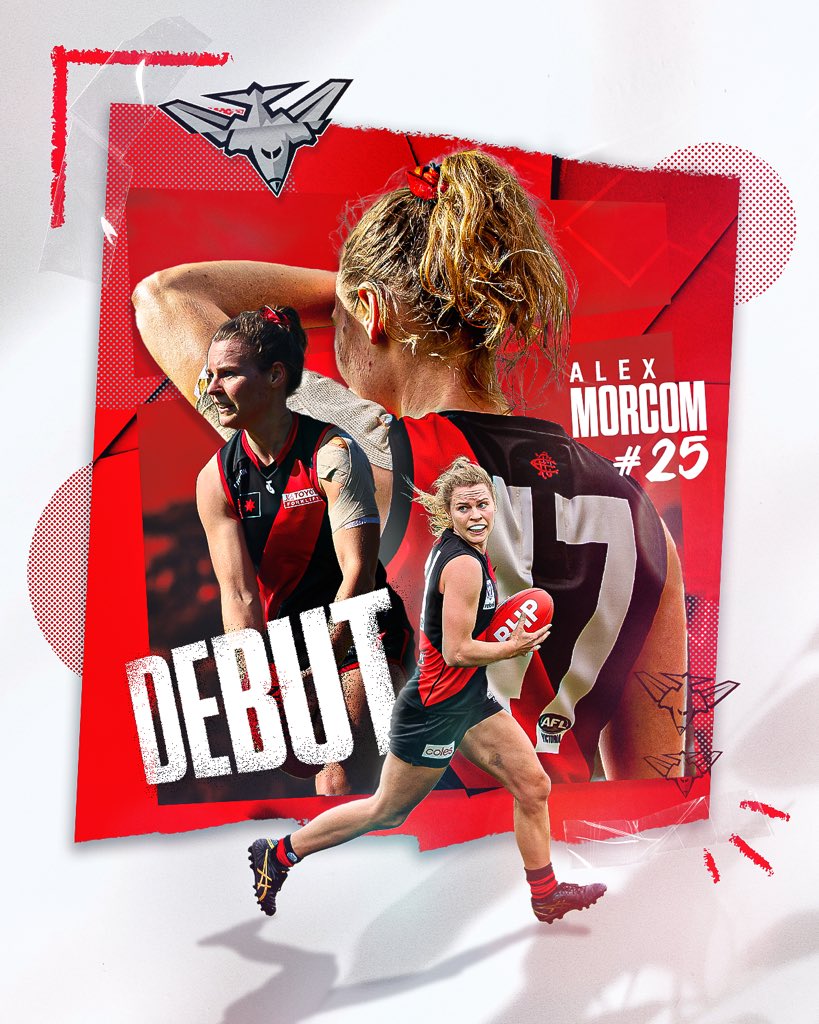 Smiliest smiler to ever smile. 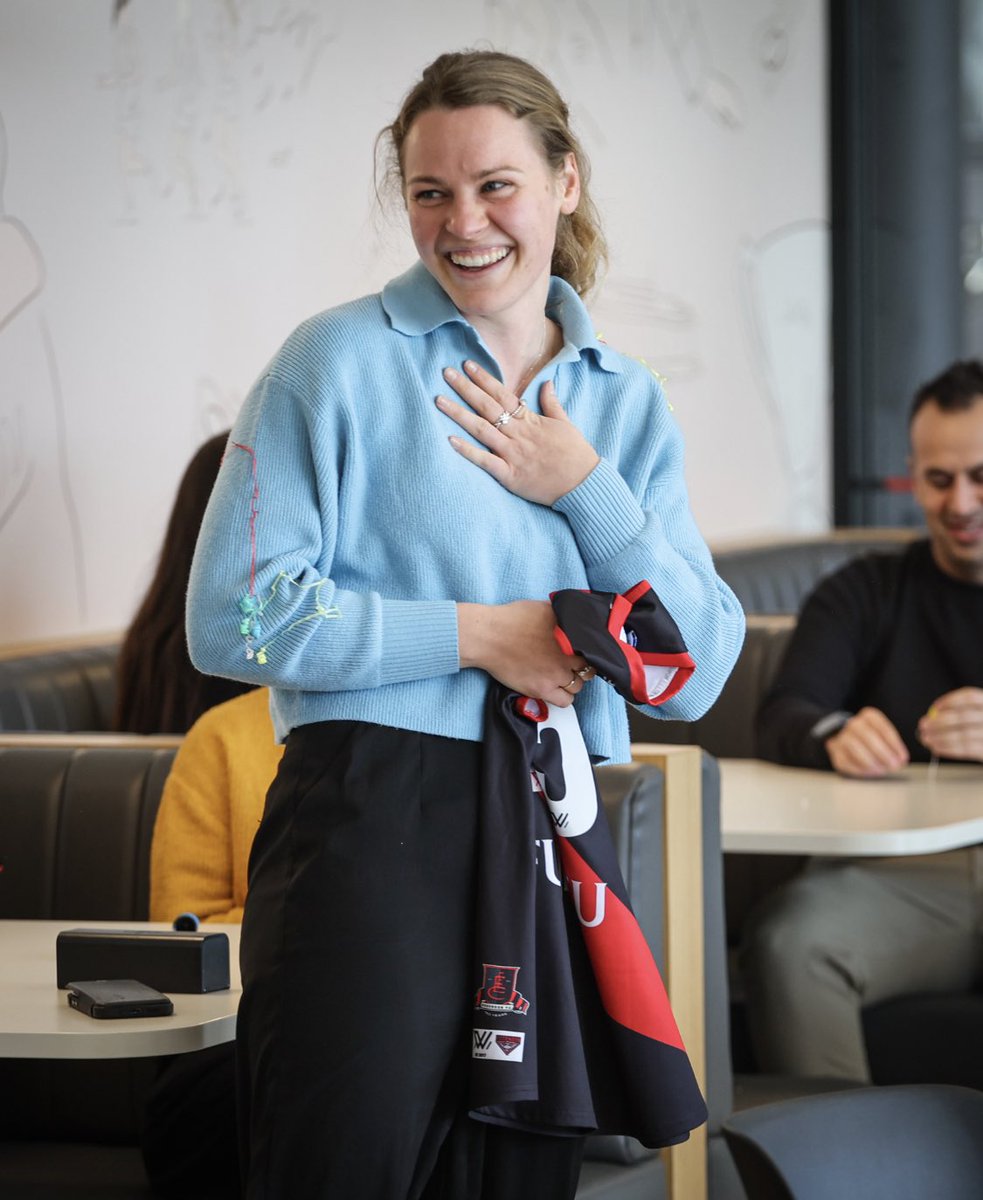 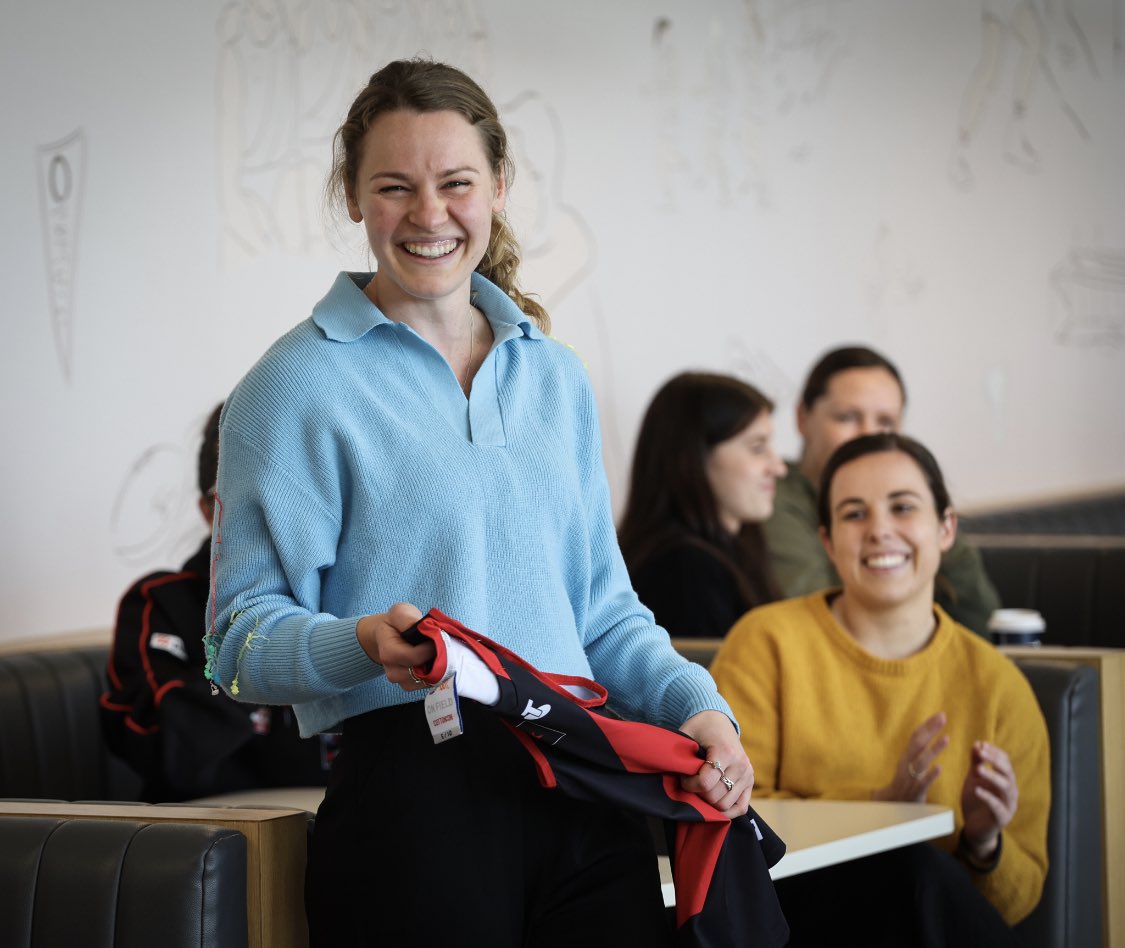 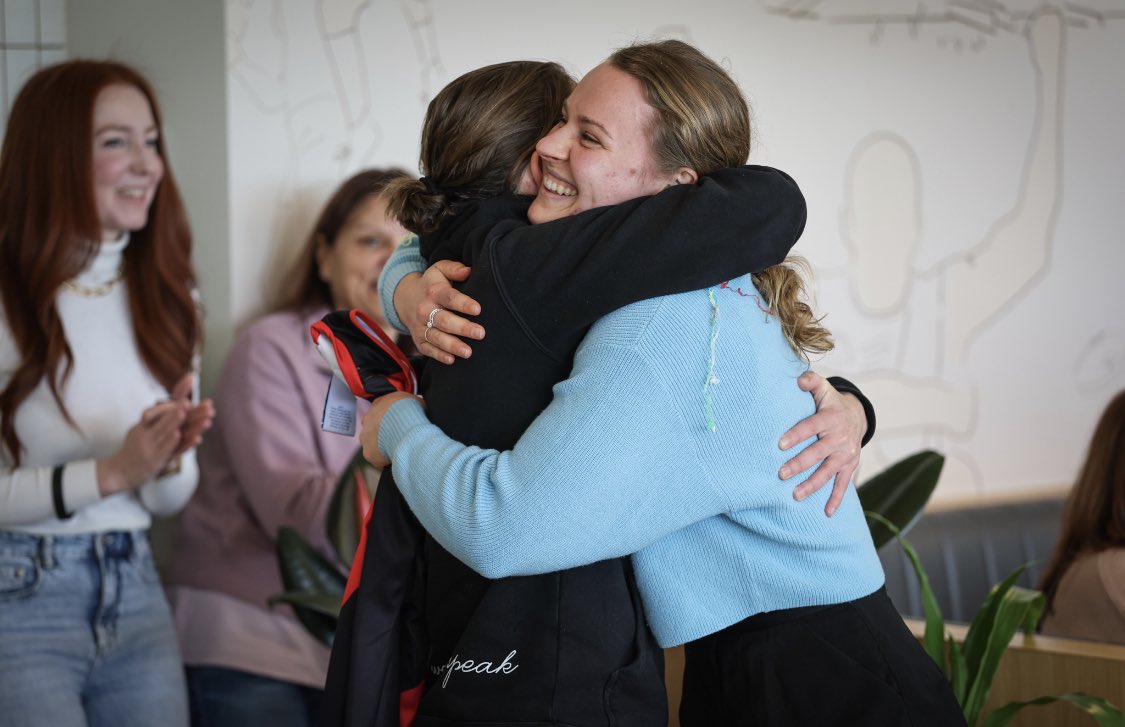 @acat493 makes sure to includes the bit where she says: 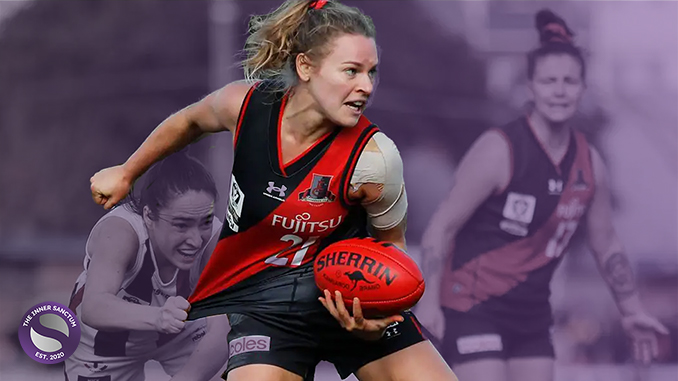 Growing up as a lifelong Essendon supporter, Alex Morcom's dream came true when she ran out in the sash on Sunday.

Alex Morcom shakes off a tackler in the 2022 VFLW Grand Final. (Photo: AFL; Design: Will Cuckson)

Lifelong Bombers fan Alex Morcom made her dreams come true when she ran out for Essendon’s AFLW team last Sunday.

A key defender who’s been involved with the club’s VFLW team since its inception in 2018, she’s a popular figure around Tullamarine. This was never more evident than when it was announced she’d be joining the inaugural AFLW list as a replacement player.

Even after becoming a VFLW premiership player this season, Morcom had no guarantee of anything at Essendon. Her name wasn’t to be seen on the final list lodgement.

And while every injury hurts within the fabric of a club, new chances arise from them.

Georgia Nanscawen, Eloise Ashley-Cooper and Jorja Borg were all placed on the inactive list after suffering their respective season-ending injuries.

Morcom never thought it would lead to the moment she’d been waiting for all her life so quickly, though.

“I was very close to not being on a list and not playing AFLW footy,” the debutant told The Inner Sanctum.

“It was a pretty surreal moment finding out I was going to be able to get out there on the field. It’s what you work for, so to finally actually get there was pretty exciting.

“I grew up supporting Essendon, and found my way onto the VFLW team.

“That in itself was special, to be able to play for the club you supported, but to go that one step further and actually play for Essendon in their inaugural AFLW team is something else.”

Morcom was selected to line up in the backline, never an easy proposition for a player new to the AFLW, in their first game at the level.

Even harder was her potential opposition, in a Carlton forward line boasting noted goalkickers Darcy Vescio and Phoebe McWilliams.

Vescio is the competition’s all-time leading goalkicker, and has won the league’s goalkicking award twice.

So when Morcom was told she’d be matching up on them by coach Nat Wood, she had to do a double take.

“Nat told me I was going to match up on Vescio, and I did have a bit of a chuckle,” Morcom laughed.

“I wasn’t sure if she was being serious or not! And then she was like, ‘no, I am being serious’. And straight away I thought, ‘this is going to be a good challenge’.

“I just tried to prep as much as I could to be able to challenge Darcy on the field. Obviously Darcy’s a quality player, and they’re one of the best.

“I just had to try and do whatever I could to put pressure on Darcy. It was one way to start, that’s for sure! If you want to play with the best, you’ve got to be able to keep up with the best.”

That confidence to take on any task that’s put in front of her is what sets Morcom apart.

As a key defender in the VFLW, while she excelled at one-on-one work, she would consistently go the extra mile, adding to her side’s defensive pressure and tackling hard.

She’s walked through the four walls of the club longer than most around her, yet still says that she felt the nerves coming in for her first AFLW training session.

“That first night, going down to the rooms… I was pretty anxious to be honest,” Morcom said.

“It was funny, I knew what the club was like, I’d been there many times before with the VFLW team, but I think you can’t help but feel a bit nervous about going into something that’s a little bit new.

“Even though I was quite anxious, as soon as I walked in the door I had some of the VFLW team come up to me and made me feel at ease.

“You’re starting from scratch with this AFLW team, but to have some people that have actually played together, know and understand how each other play and how they like to play… it’s beneficial definitely.

“It helps with the connection of the team when you’re bringing 33 together.”

Now that she’s made the jump into the AFLW team, Morcom is set to be a required player for the remainder of the season.

The injury to Borg has seen a bit of shifting of the magnets in the side, as Wood is without her number one ruck until 2023.

American and fellow VFLW defender Dani Marshall has taken over responsibilities alongside young prospect Steph Wales. The two have battled hard so far, but will have a long season ahead of them with some tough match-ups.

Carlton’s Breann Moody was the first of those, putting on a best on ground performance on Sunday to hold off a charging Essendon.

With a strong supporting group around her though, Morcom is backing the defensive unit to keep taking on the challenges as they come.

“It’s great that Dani [Marshall] can go into the ruck,” she said.

“She’s a great, competitive player, and no matter where you put her she’ll give 100 per cent to do what she can for the team.

“It’s just about being flexible with that, and having the people that can go back. Sophie Alexander, Jacqui Vogt came down back and helped out on the weekend.

“We showed that, that with movement we can still compete against the forwards. It’s kind of exciting to have those players that are versatile.”

Most players are grateful to just play one game at the top level at all, and Morcom reflects that.

However, as she always has been, she’s driven to keep pushing and going to the next level. That all starts with selection for Sunday’s clash with West Coast.

The 26-year-old has been involved with footy for a long time now, and has no intention of giving up the chance to stay in this team for this season and beyond.

“For me, it’s about taking every opportunity out there,” Morcom said.

“I’m not the same player that I was five years ago, and I hope at the end of this season that’s the same situation.

“I hope I’ve grown and learned more and developed my own skills, as well as play with a group of girls that haven’t played together.

“We’ve played two games now, and I think it’ll be great to see what we can achieve on the field by the end of the season.”