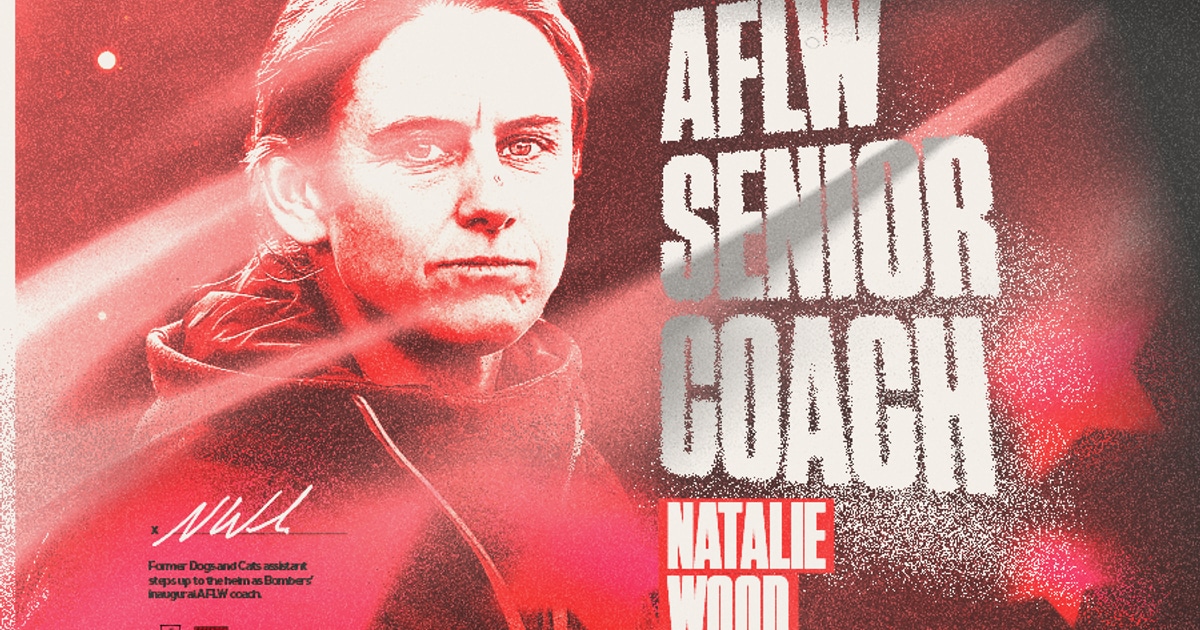 Just keep her away from Robert Wagner. 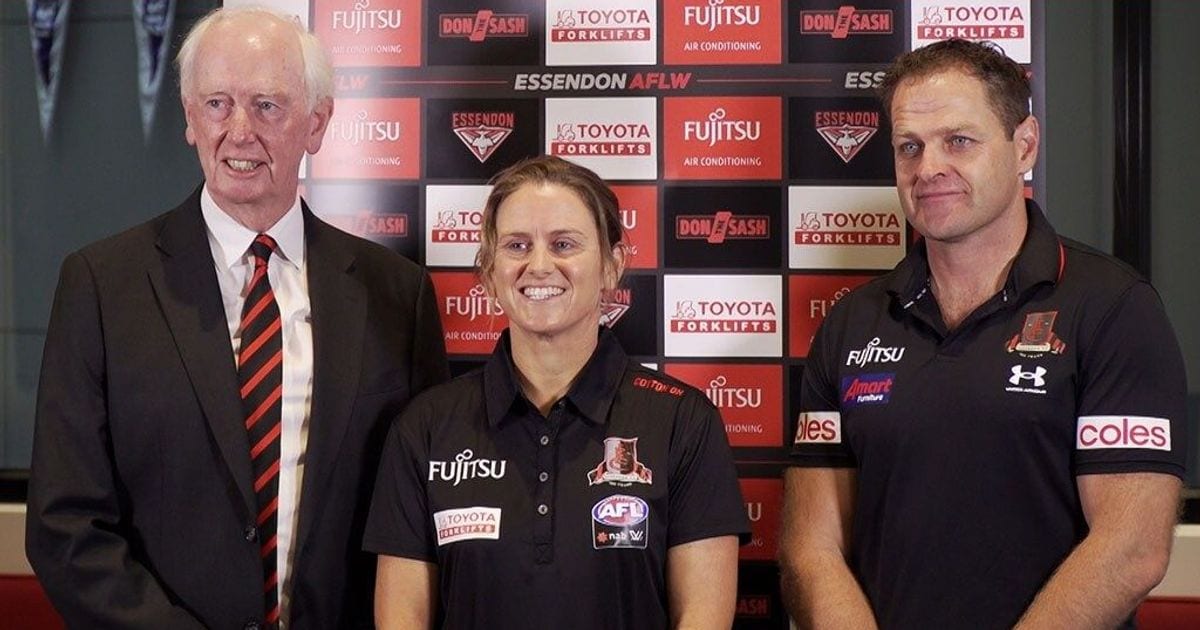 I’m very much looking forward to the AFLW next season.

Was linked to the Jets, a move to the Bombers makes sense.

Can’t wait to start caring about AFLW next season!

Completing a historic week for the Bombers’ AFLW Program, the Essendon Football Club is delighted to announce Natalie Wood’s appointment as its inaugural AFLW senior coach.

The Bombers have secured the services of the experienced Wood who will lead the club into its first season in the national women’s competition.

Wood joins the club from the Western Bulldogs where she has spent the past two years as an assistant midfield AFLW coach. Prior to her move to Whitten Oval, Wood gained experience in Geelong’s women’s program for four years as an AFLW midfield coach and VFLW head coach.

Prior to Wood turning her attention to coaching, she had an accomplished 17-year football career as a player.

Across her 197 games, which were spread across the Darebin Falcons and Melbourne University, Wood won five premierships, was a 10-time state representative and three-time All-Australian.

Wood also played for the Western Bulldogs in the AFL’s women’s exhibitions matches in 2013 and 2014.

Bringing a well-rounded perspective to the role, away from football Wood has a strong passion for education, highlighted by her 15 years of secondary school teaching, including time as an assistant principal in the secondary school system.

Essendon CEO Xavier Campbell said the club was delighted to welcome Wood to the Bombers as the club’s inaugural AFLW coach.

“Natalie was the standout candidate throughout this process with her vast experience and passion for the game and educating players, and we’re thrilled to make this significant appointment,” Campbell said.

“Natalie has an extensive career as a teacher, player and coach and is a fantastic character to lead the club towards and during our first AFLW season.

“Natalie’s football and leadership knowledge made her the most suitable candidate for the role. She is highly respected throughout women’s football and we are extremely excited to welcome someone of her quality to the club.”

Wood said she was honoured be named as the Essendon Football Club’s inaugural AFLW senior coach.

“I am extremely proud to join the Essendon family and very grateful to have the opportunity to lead Essendon’s inaugural AFLW side,” Wood said.

“The club has developed a very strong women’s program and culture since their introduction to the VFLW and I look forward to continuing the development of women’s football at Essendon.”

“To be joining the red and black family, and a club like Essendon with its rich history, is a true privilege.” 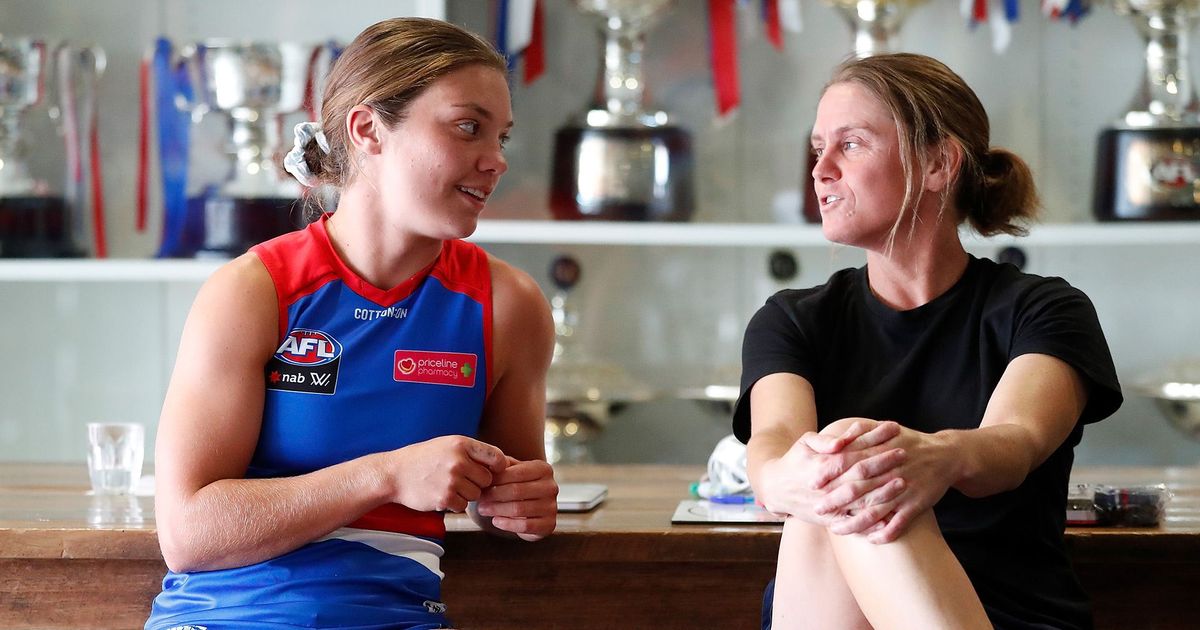 @CouchySays
@essendonfc Interesting fact. The last time James Stewart and Natalie Wood worked together in the same company was filming Hit the Jackpot in 1950. https://t.co/25UyzSyv60 Someone has to add more. Essendon has appointed Natalie Wood as its inaugural coach

Wood will be the fourth woman to be a senior coach at AFLW level since its inception in 2017, following Bec Goddard (Adelaide and Hawthorn), Michelle Cowan (Fremantle) and Peta Searle (St Kilda).

Sydney has appointed Scott Gowans as its inaugural coach, leaving just Port Adelaide as the only expansion club yet to name its leader.

A contemporary who forgot to retire thinks so. 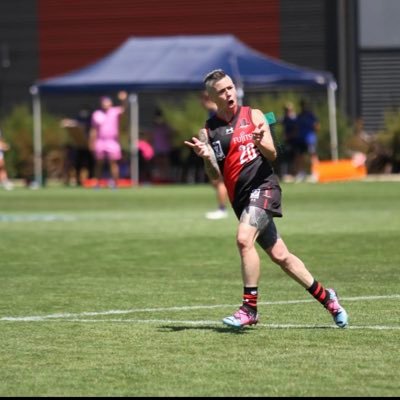 @C_McIntosh20
Well played bombers. Woody is a great get down at The Hangar. twitter.com/essendonfc/sta…

The last Natalie we had on here didn’t fare well at all.

I’m curious why Major doesn’t seem to have been considered for the role, given he seems to have done a good job with the VFLW team. Is it due to optics, or him not being interested in the role?