WCE down at least one player… West Coast's forward depth to be tested by a season-ending injury to Kellie Gibson, while Aimee Schmidt will also miss out this weekend

I’m going to this game; anyone else?

I hope to get along

The Eagles’ two goals today came in the last quarter. If you have more time than I do this week…

The latest videos from the West Coast Eagles Football Club

@eaglesaflw
“They’ve done well with their recruiting, we need to be on our game. We went away from that on the weekend with stoppages and ball movement. If we can turn around our clearance we have enough talent to score.” Michael Prior on Essendon
theDJR September 7, 2022, 8:51am #7

Couldn’t see a thread. Out: BSmith (ribs), Rowley (soreness) In: ESmith, Schmidt Emergencies: Britton, Bushby, Gomes Rowley has been looking banged up, give her a week off. Schmidt in, with Bullas to play further up the ground. (Cameron would be...

What a stupid name for a ground.

If it’s so valuable why haven’t they dug a big hole in the middle of the ground?!?

Don’t forget when we win WA based Bombers, to wave those jackets above your head! 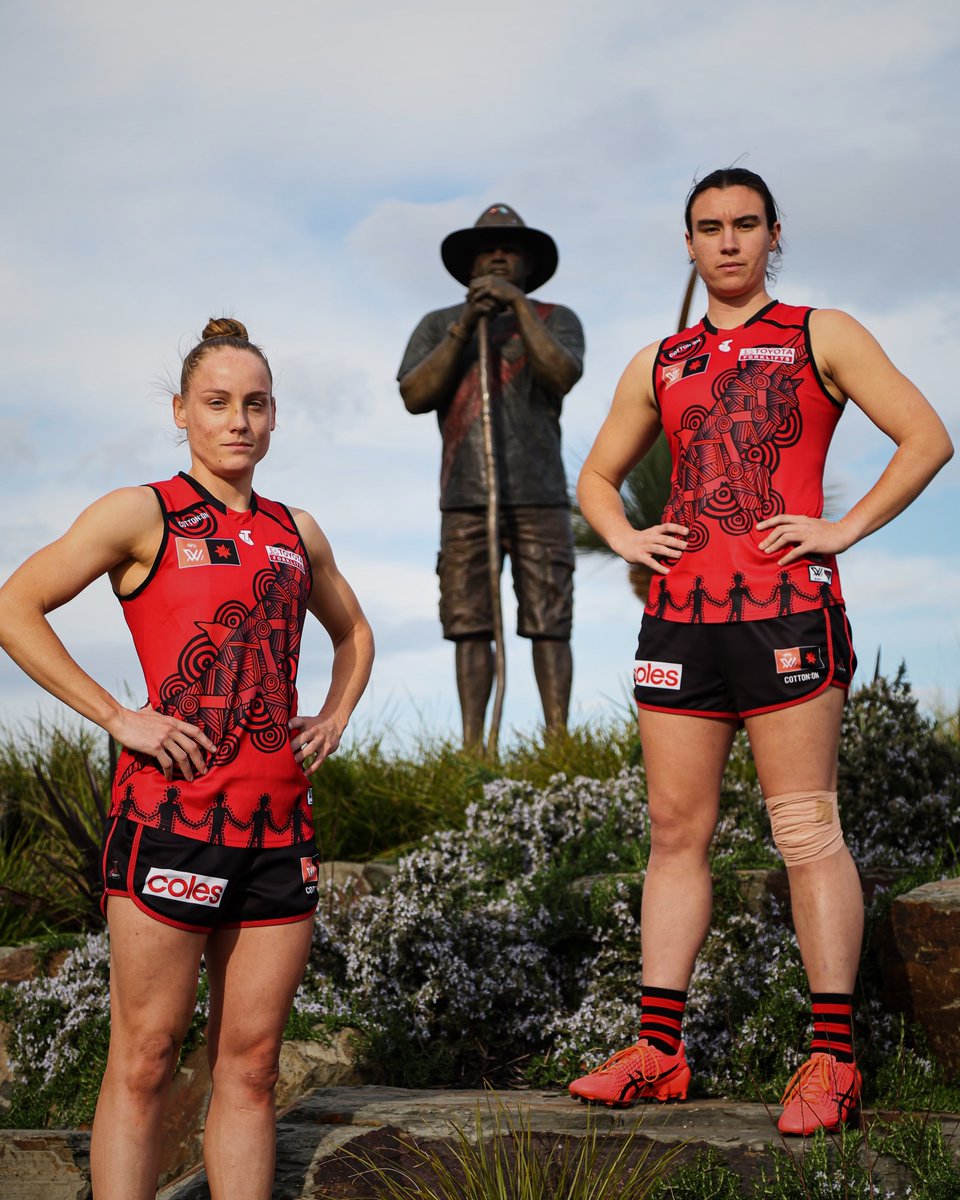 @essendonfcw
Students Momo Willcox, a Yawuru girl born on Wurundjeri Woiwurrung Country, and Jackie Sinclair worked with the club to create a guernsey that incorporates Waa the Crow into the journey of Essendon’s AFLW team. https://t.co/N7Kr5Ca6xX 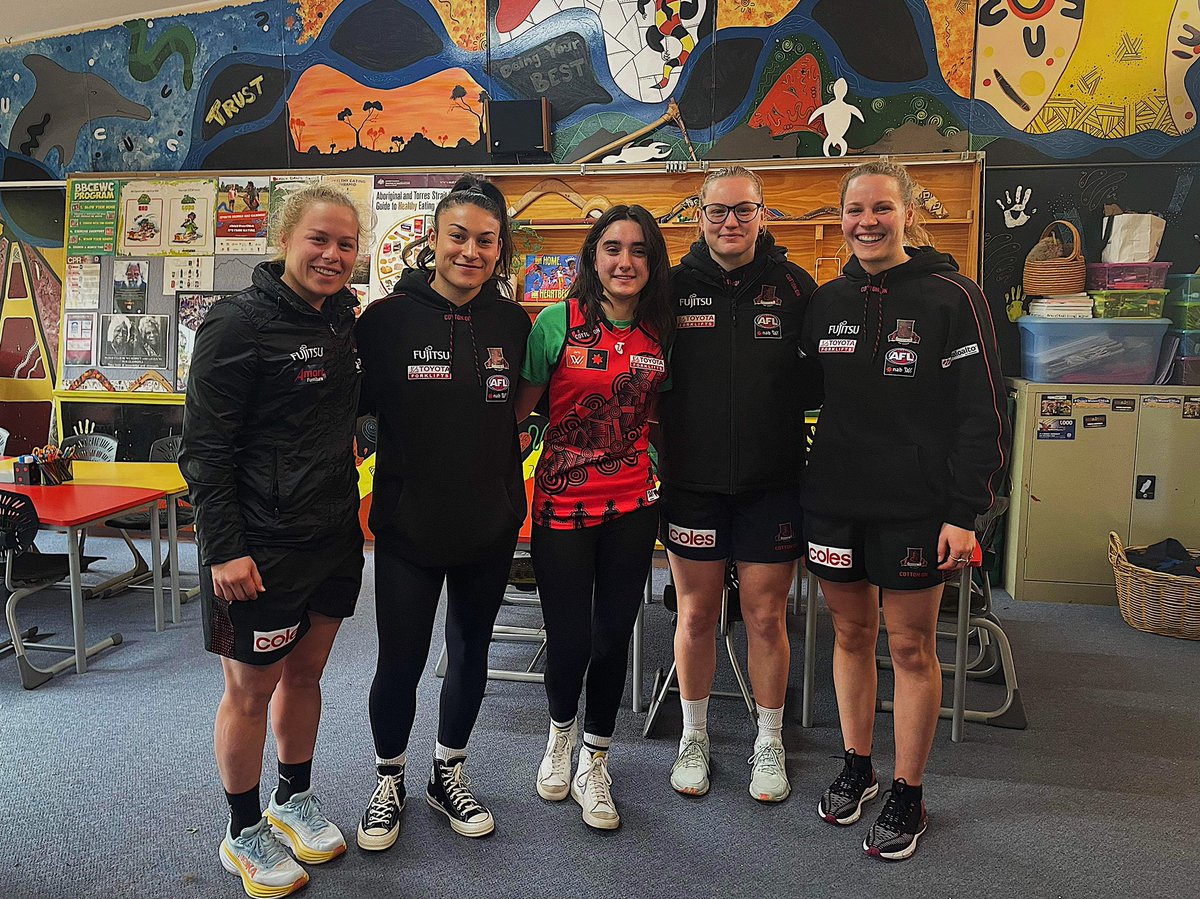 Not wearing the Concaves! 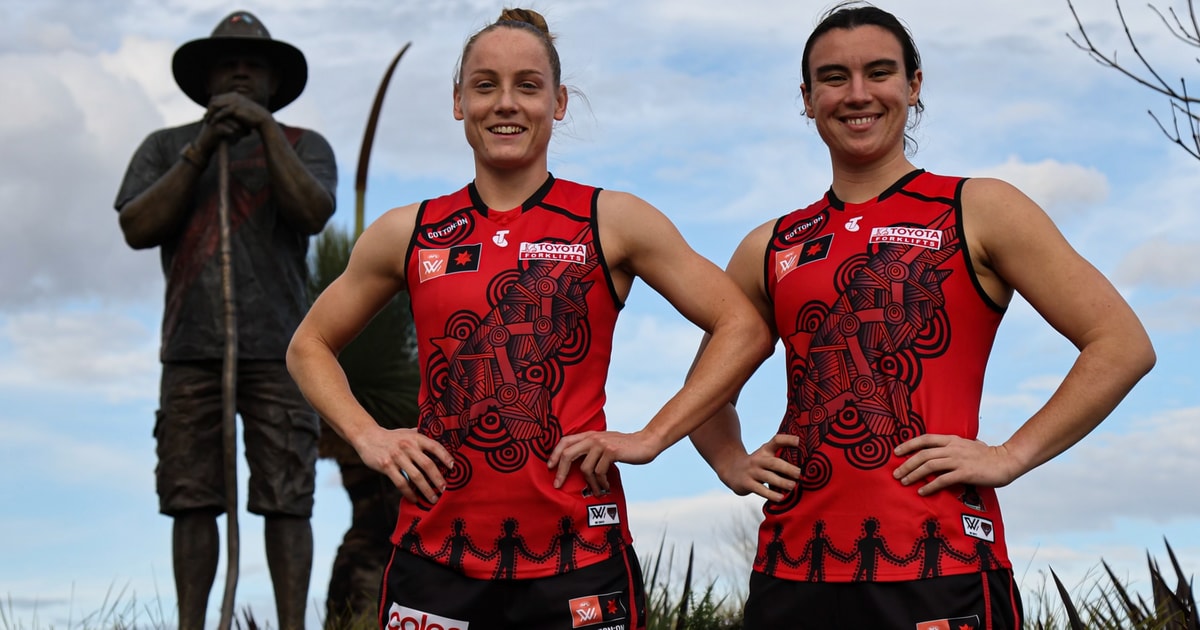 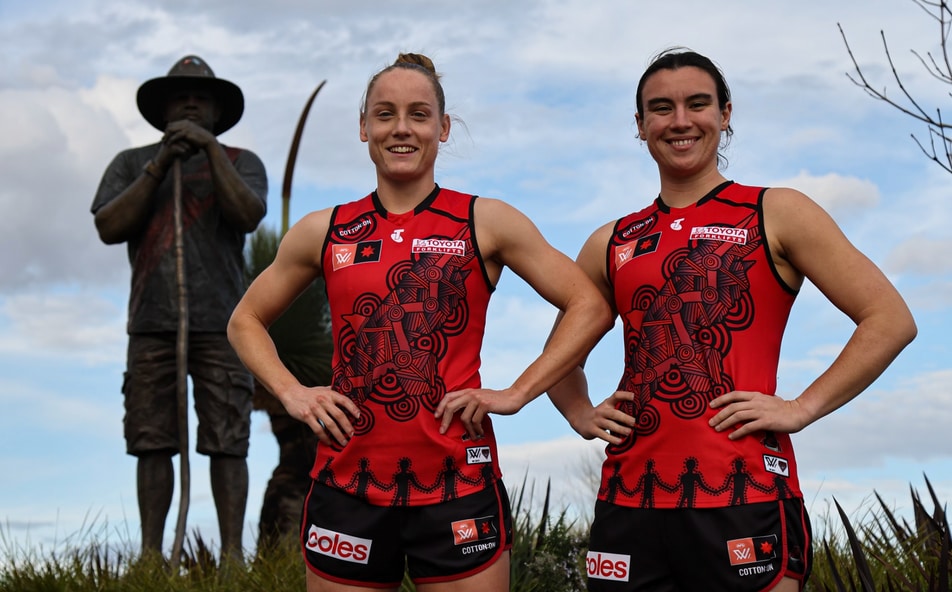 Essendon will wear their Indigenous guernseys for their round three match with West Coast and in their first-ever Dreamtime game against Richmond on Sunday, September 18.

Students Momo Willcox, a Yawuru girl born on Wurundjeri Woiwurrung Country, and Jackie Sinclair worked with the club to create a guernsey that incorporates Waa the Crow into the journey of Essendon’s AFLW team.

Waa is one of the moiety totems for the Wurundjeri Woiwurrung people of the Eastern Kulin nation and is the protector spirit.

Waa’s open wings create the sash on the guernsey, with circles surrounding the crow representing connection, a key pillar of Essendon’s women’s program.

Along the bottom of the guernsey are people standing arm in arm, further representing how people from all different backgrounds have come together to build Essendon’s AFLW program.

Willcox said her design is also symbolic of the AFL’s journey to be more inclusive of First Nations peoples and cultures.

“I have chosen to include Waa the Crow into my design. Waa is the Protector Spirit and is one of the two main moiety totems for the Wurundjeri Woiwurrung people.

“I have also used the Aboriginal art symbol for long journey within the design of Waa to represent the journey that the AFL is on to be inclusive of First Nations peoples and cultures in the game.”

Sinclair also focused on the symbolism of team in her design, emphasising how important working together is.

“In my Dreamtime jumper design, I’ve tried to really focus on getting the theme of ‘team’ on there,” Sinclair said.

“Being with others and working together is really important to me. This is why I’ve got the figures holding hands in the design.

“I have included the Aboriginal art symbol for campsite and waterhole as it represents to me a meeting place where people would socialise and be together.

“I guess that this symbol could also represent the meeting places and football ovals where people gather to watch AFL games together.”

where can i buy the jumper?

Well, one vice-captain* is in WA already.

*the non-playing one. But she has to be back here come Monday, to defend her VFLW B&F title.

We’ve seriously sacked everyone from marketing or something…

LOL when beast Ryan totally engulfs her at the end of the video.