Yeah I just saw the ad

Anyone recommend a few 90s thrillers/dramas?

China Moon is an incredibly corny yet entertaining thriller/ drama

Outside the obvious with Silence of the Lambs, Usual Suspects, Fargo or Talented Mr Ripley then I would recommend the Denzel film Fallen.

If you wanted an international flavour then Hana-bi or Sonatine would be the go. Both written, directed and starring the awesome Takeshi Kitano.

To be honest though, thrillers were almost dead and buried in the 90’s. 70’s and 80’s were the pinnacle for gritty, action packed thrillers.

Anyone recommend a few 90s thrillers/dramas?

To be honest though, thrillers were almost dead and buried in the 90’s.

My memory is thrillers we’re king in the 90’s. They were big, cheesy and tittalating but they were everywhere.

They where churning them out. Take a popular author add Michael Douglas or Harrison Ford or Gene Hackman and it’s a hit.

They are all terrible of course.

Like a lot of things popularity and money changed the market and for thrillers it was the 90’s. Most of those films are trash like you mentioned so will never be held in high regard.

The 70’s has brilliant thrillers from both France and Britain, and America had some good ones in the 70’s and more in the 80’s.

There are always exceptions though. David Lynch released two of his better thrillers in the 90’s and pretty much all of Finchers best we’re in that decade also.

Also, don’t rule out the popular Comedy/Thriller genre.
May I recommend this… 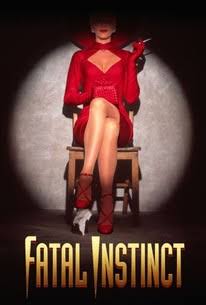 Some 80s ones would go down Ok…

On SBS - recommend The 12th Man. Based on a true story. I found it particularly moving as my father dropped supplies to the Norwegian resistance fighters in WW2. An incredible tale of strength, resourcefulness, determination & survival.
Also recommend Sink or Swim. French film about a group of guys who all have problems of some sort who meet each other through participating in a male synchronised swimming group.

Any of these films will blow your socks off:

To Live and Die in LA (William Friedkin is a master)

80’s thrillers come with that very “80’s” vibe to them with some cheesy lines and the distinct 80’s soundtracks so they may not be of your taste but give them a crack.

On SBS - recommend The 12th Man. Based on a true story. I found it particularly moving as my father dropped supplies to the Norwegian resistance fighters in WW2. An incredible tale of strength, resourcefulness, determination & survival.

l found that and reviewed it in this thread a couple of years ago, from when l was living and working in Chingqing, China. It is one of the most remarkable survival stories l have ever seen. l also included this movie in my list of honourable mentions in the recent war movies thread.

I think red dragon (with ed norton and anthony hopkins) is better.

This topic was automatically closed after reaching the maximum limit of 10000 replies.