I’m running a virtual cricket competition cause there is no sport on and i’m rather bored at home.

All are welcome to play.

The rules are as follows;

Before the start of the tournament you need to select your team (A to J, check this post to see what’s available). You can’t change teams at any stage once the first round robin match beings. Max of 10 teams. Once there are 10 confirmed the tournament begins. You don’t need to be online to play as you can always see the results when you come back online, but please check regularly to be fair to those who are online and want to play.

Nine rounds are played so every team plays each other once.

There is a semi final and grand final.

Each round consists of;

After the grand final winner is declared all teams are removed. Nominate your team again to compete in the next series!

Here’s the Teams so far for the inaugural official season;

You’ll need to click to enlarge as i’ve included all ten teams and all ten overs.

And as with all Soulnet Productions, Have Fun! 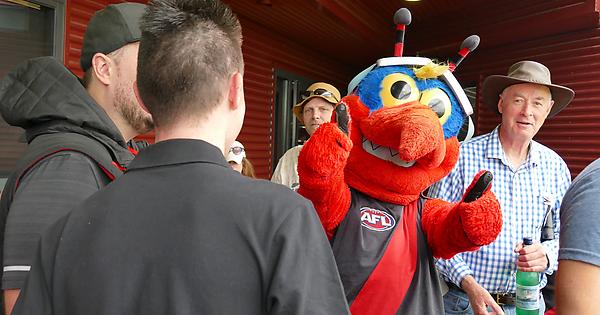 If I’m allowed to pick a team name but not actually participate, in the grand tradition of Michael Palin and Ripping Yarns, I’d like to nominate Barnestoneworth United if I may.

If you pick a team name you are participating anyway… sort of.

Given there are only 9 games you can ‘tip’ all upfront as well. Not as if form guide will help in anyway whatsoever.

If tipping is one layer too many just pick a team and we’ll count premierships!

I’d honestly watch a Live stream of a group of, or pair of our best gaming blitzers play a game of X box AFL.*

*However many can play, … X box or whatever runs it. Have no idea what or how it works.

Come to think of it, … if such a thing is possible, … why not get Ess to play the Colll lads on the AFL video game and live stream it to youtoob or whatever.

And then Sydney, … freo etc

I’m bored so let’s start with a 4 team comp. Only cricket in the world to run both innings at the same time.

Here’s the first five overs of round 1. Feel free to make give an analysis or something…

3 wickets in an over! That’s just not cricket

But batters falling apart in the last over ffs

The loss of 7 wickets inside the first 5 overs is just totally unacceptable. Heads will roll at the selection table - especially after I had spent all week encouraging the team and imploring them to put a high price on their wicket.

I’m gonna throw the Bulls a harmonica, see if they can play that.

Let me know when to roll results for round 1.