Get those carvings sorted.

@BLOODSTAINED_DEVILS Leverkusen live at 11.25 on BEIN 2.

Ok, so it seems like an important one, that should be close, judging by positions. Pity there’ll be no crowd for it.

It can be a tough watch without the noise . … 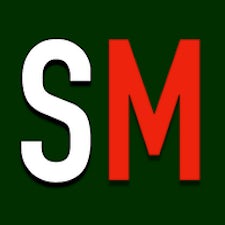 The latest sports news, from football to tennis and cricket to rugby, updated around the clock.

Both Borussia Monchengladbach and Bayer Leverkusen will be looking to build on impressive victories last time out when they lock horns in the Bundesliga on Saturday afternoon.

Gladbach returned to action with a 3-1 victory over Eintracht Frankfurt last weekend, while Leverkusen thumped Werder Bremen 4-1 away from home on Monday night.
Match preview

The eyes of the world were on the Bundesliga last weekend as the league resumed amid the coronavirus pandemic. All things considered, the first round of matches in more than two months was a success, and the authorities will be hoping for another smooth set of fixtures in the coming days.

Gladbach recorded a 2-1 home victory over Koln in March before the league was called to a halt and made it back-to-back victories with a 3-1 success away to Frankfurt last weekend.

Head coach Marco Rose will surely have been delighted with what he saw from his side on their return to action, and the 43-year-old will be eyeing another three points on Saturday afternoon.

Gladbach are currently third in the Bundesliga table, two points off second-placed Borussia Dortmund and just six behind leaders Bayern Munich on the same number of matches.

They have also won each of their last three league meetings with Leverkusen during a strong run of form, including a 2-1 success in the reverse fixture earlier this season.

Leverkusen, meanwhile, were also impressive on their return to action last time out, recording a 4-1 success away to Werder Bremen. The much-coveted Kai Havertz scored twice for Die Werkself, who are actually unbeaten in Germany’s top flight since the start of February.

Leverkusen are, without question, a side in excellent form, and they currently sit fifth in the table, just two points off third-placed Gladbach ahead of what is a very important fixture on Saturday afternoon.

There is still a lot of football to be played before the end of the season, but the fact that Bosz’s team are just four points off second-placed Dortmund at this stage is impressive, and the former Champions League finalists will be eyeing their highest finish in Germany’s top flight since claiming second in 2010-11.

Gladbach will again be without the services of both Fabian Johnson and Denis Zakaria from injury, but the team did not pick up any fresh concerns against Frankfurt last time out.

Patrick Herrmann came off the bench against Frankfurt and is in contention to start, although it would not be a surprise to see Rose send the same starting XI onto the field.

Indeed, two of the front three - Alassane Plea and Marcus Thuram - were on the scoresheet, while Breel Embolo should keep his spot as the central striker despite Rose having plenty of other options.

As for Leverkusen, Havertz, who continues to be linked with the likes of Manchester United, Liverpool and Barcelona, scored twice from the centre-forward spot against Werder Bremen and could well feature in that area of the field once again.

Leon Bailey and Karim Bellarabi are obvious options to come into the away side’s starting XI, but Moussa Diaby - thought to be attracting the attention of Arsenal - is likely to keep his position.

This is a tough game to call for a number of reasons. Both teams will be full of confidence following their results last weekend, while the pair had been in strong form before the league was halted. All things considered, we are finding it hard to separate them and have therefore tipped a low-scoring draw.

19 Euro each to charity. Good stuff.

Also love that there’s a dude in my new Team called S. Bender.

Dont you be hacking my man Havertz you pelican!!!

Like that Diaby fella, . got some tricky feet he has.

How’s that block from Elvedi, should be 2 up

Gladbach have come out with some zip.

As blatant as they come

They keep coming, … a little lucky to still be up really.

Great save,… Pen, then an offside, on top of other chances they’ve created.