Coodabeen Champions On the Move 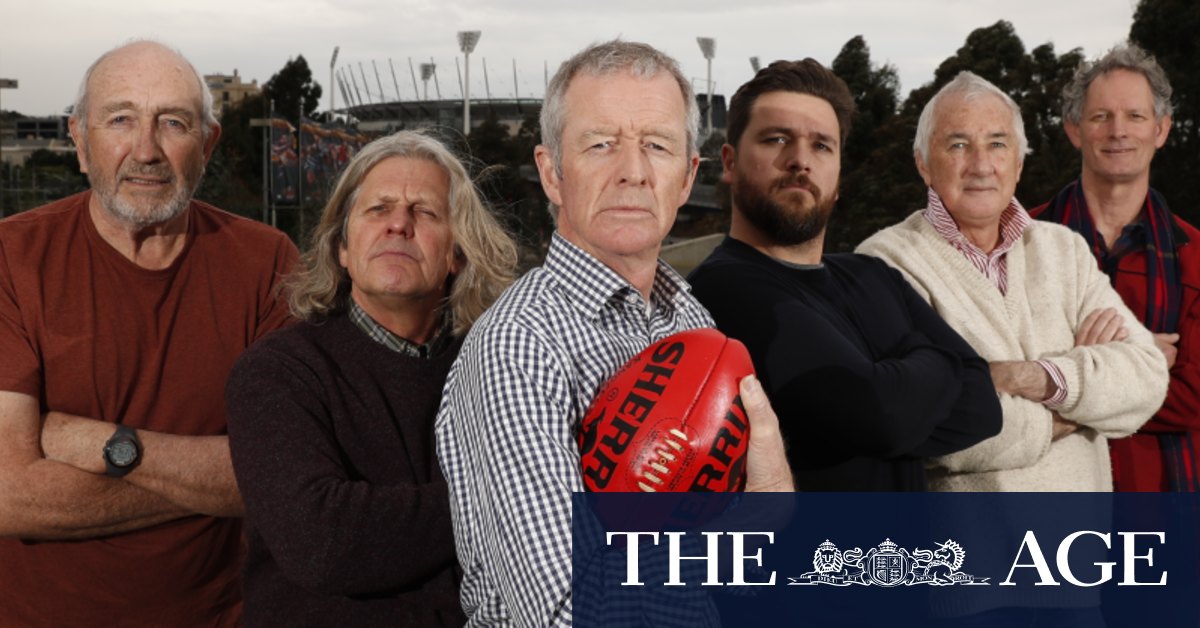 Like ageing footballers, the Coodas had been offered only a series of one-year contracts over the past decade and have decided to take their show to commercial station 3MP.

The Coodabeens are not only leaving the ABC to broadcast on 3MP (Ace Radio for regional listeners), but their show will now go to air from 4pm to 6pm on Friday afternoons.

This saddens me as they’ve been part of my life for the past 40 years and Saturday mornings during the footy season just won’t feel the same.

Same here Hoffy. Their show was so fresh as they were the first to extract the urine out of footy while clearly being true fans. It was the sort of hilarious banter you used to hear in the outer in the good old days of suburban grounds

The Coodabeens were followed by Punter To Punter then Lawyers, Guns & Money and into the afternoon with Film Buffs’ Forecast. It was a stellar line-up, particularly when you consider that they were all volunteers on community radio.

I still have a collection of cassette tapes they put out over the years (including the 1984 Grand Final Simulcast) and I was lucky enough to win the weekly competition on three occasions when you had to send in your entries by snail mail.

It’s not so much the change of station that concerns me; it’s that the new timeslot is most inconvenient and many usual listeners will either still be at work or commuting or having Friday drinkies. I find it a puzzling scheduling decision.

Oh well, life goes on and I’ll be listening to Brian Wise on Off The Record year-round now.

You bet he does!

I don’t know where I put that Coodabeens book, that had the words to the team song of the merged side…

We are fast
We are strong
We have ninety to pick from
We are NorthFootsKildaRoy!

I love that book.
The application to play on the half forward flank.
‘I declare that I am a la-de-dah type of player…’

Percy Jones’ written report to the coach.
‘They pushed us in the mud, and I think it’s getting worse!’

Was wrong, So edited my reply…

(One of em was a lawyer, but he’s just a broadcaster now!)

What about Pearl from the Peninsula?

I don’t think I’m that likely to be tuning in on a Friday night TBH. End of an era.

I got one song idea up, anyway!

What about Pearl from the Peninsula?

I said the Peninsula, dear.

The fact that Nige from North Fitzroy now works alongside Gil in ‘game activation’ is one of the funniest things.

The absolute contempt that they have for the AFL hierarchy is what still makes them good.

That was when they were at their very best!

Trouble is they were too left-wing for the new sanitised Illiberal ABC.

Actually that is an issue - Nige from North Fitzroy, Danny from Droop Street and Sauce the ever suffering Wimmera farmer are voiced by Andy, whose main job is an ABC producer. I doubt 3MP are paying enough for a once a week gig to make that a main job and so those characters may not make the jump!

Love the Coodabeens, but part of the charm is the Saturday morning time-slot as the lead in to the games. Doubt I will listen on a Friday although I have not found a regular Friday arvo listen since the sad demise of Stephen Walker and The Skull Cave on 3 RRR.

Given Ian Cover was literally the Liberal party member for Geelong Province in the old Victorian Legislative Council, I find that hard to believe!

Yes, they seem like a pretty conservative bunch to me.

I was supposed to play in a game of footy for the Couldhavebeens in 1985. That was back in the days when Greg Champion led the team. He also played in The Fabulaires who featured a mate on guitar. I had a raging case of flu at the time and couldn’t get out of bed. Just as well l would have infected the whole team! That was the last time l had the flu. IIRC they were playing a team led by Dr. Turf and the Punter to Punter crew. In the end l didn’t find out who won. I was devastated at the time. True story.

l will try to find them at the new time slot.

The talkback segment, week in week out, year in year out, funny! 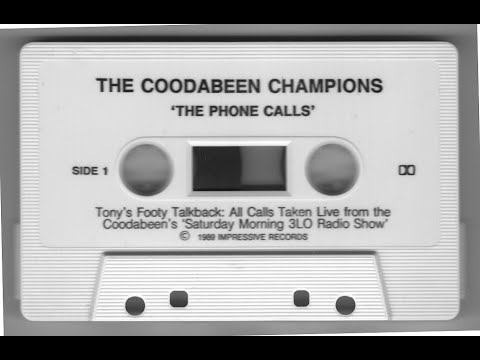