Six VFL Women’s licences have this week been granted for the 2018 season, with Carlton, Collingwood, Essendon, Richmond, St Kilda (AFL) and Williamstown to join the competition next year, while the VU Western Spurs will be known as the Western Bulldogs and will wear the red, white and blue in a strengthening of the two clubs’ relationship.

Seaford will transfer its licence to St Kilda (AFL), with the Saints to partner with the Frankston Football Club to form the Southern Saints, while Casey Demons will also form part of the expanded competition after Cranbourne transferred its licence to Casey in August (CLICK HERE for full story on Casey).

“This is certainly an exciting time for our competition, providing more chances for women to showcase their skills at state-league level in Victoria,” Hook said.

“The interest from clubs wanting to join VFL Women’s has been overwhelming, and we have been working with all licensees to ensure they meet key criteria for a strong and sustainable competition moving forward.

“A key focus for all the clubs entering the VFL Women’s competition has been the development of talent in their regions, continuing to expand the pathway from the TAC Cup Girls competition and Next Generation Academies.

“AFL W expansion starts in 2019 with six new clubs entering the competition over two years, so the Victorian female talent pathway has a key role to play in helping develop future and current AFL players.

“Having a strong state-league competition will aid this.”

The final team structure for the 2018 Swisse Wellness VFL Women’s season will be announced at the end of October after all current clubs have assessed their position in the competition for next year. The fixture will be released in mid-December alongside the Peter Jackson VFL fixture.

Video on the EFC site, follow the link. Some key bits bolded below. As previously suggested, this will to some extent take the timeslot of the killed VFL reserves competition. Essendon Football Club is pleased to announce it will field a team in the VFL Women’s competition for the 2018 season.

Essendon Football Club is pleased to announce it will field a team in the VFL Women’s competition for the 2018 season.

CEO, Xavier Campbell, said this was an important opportunity to demonstrate the Club’s commitment to growing the game of women’s football.

“The dream of female footballers playing for the Essendon Football Club is now a reality,” Campbell said.

“We are fully committed to growing, developing and investing in aspiring young female footballers, and more broadly the game of women’s football.

“Our VFLW program will provide a pathway for women from North-West Melbourne, the Tiwi Islands and West Arnhem Land to continue their journey towards playing at the elite level.”

To ensure there is a complete pathway for aspiring young players, the Club has established a partnership with the Calder Cannons. The partnership is designed to unearth emerging talent, while also developing local women’s leagues in North-West Melbourne.

The VFLW team will be based and train out of the Club’s Melbourne Airport headquarters, while also holding regular training sessions at Highgate Reserve in Craigieburn.

Wearing the famous red sash, the team will play games at both the Bombers’ spiritual home of Windy Hill, as well as Highgate Reserve.

The Club is exploring the option of the VFLW team playing curtain raisers at AFL games, as well as hosting double headers featuring the VFL and VFLW teams throughout next season.

Campbell confirmed a key focus of the VFLW side would be its strong footprint at the grassroots level.

“The VFLW will provide a complete pathway to state league football from the Calder Cannons program and developing local women’s leagues in the North West corridor of Melbourne.

“We are committed to providing a positive contribution to the development of the game at a grassroots level. Our VFLW team will also train and play at Highgate Reserve in Craigieburn, and when the fixture allows our VFLW players will return to play for their local Clubs.

“It’s important players from our men’s and women’s football programs are positive role models in the community, and we believe working with young players is an important step in inspiring the next generation of AFLW players.”

Campbell said the Club would move quickly on the following key priorities;

This is a great move, gets our infrastructure in place. Gives great hope to all of the women footy players that want to Don the Sash.

Is michaela long going to play for our vfl team?

AFL Victoria has confirmed the position of the remaining 2017 Swisse Wellness VFL Women’s clubs, for the expanded 2018 competition.

Diamond Creek, Eastern Devils and St. Kilda Sharks are out. 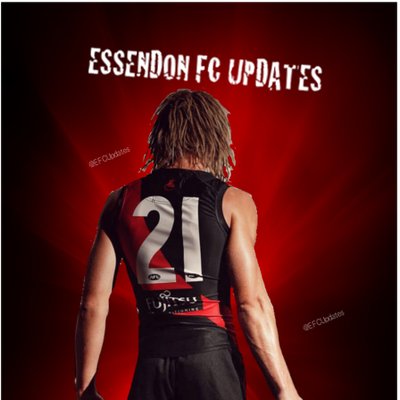 Essendon Football Club is pleased to announce Brendan Major has been appointed the Club’s inaugural VFLW Coach for the 2018 season.

Am liking the red band on the shoulders of the jumper.