Funniest thing is that the US Govt hired him on a number of occasions to work for them based on him telling them that he used to work for them. They must have used the same background checking process that we used to use.

So who do we trust? Surely we can trust all the talking heads that are put before us by the media. I mean, we have to trust someone…

WASHINGTON - A man who has appeared on Fox News as a guest "terrorism analyst" was sentenced to 33 months in prison on Friday on charges that he fraudulently claimed to have been a CIA agent for decades, U.S. prosecutors said.

WASHINGTON - A man who has appeared on Fox News as a guest “terrorism analyst” was sentenced to 33 months in prison on Friday on charges that he fraudulently claimed to have been a CIA agent for decades, U.S. prosecutors said.

Wayne Simmons, 62, of Annapolis, Maryland, was sentenced in U.S. District Court in Alexandria, Virginia, the U.S. Attorney’s Office said in a statement.

“Wayne Simmons is a fraud. Simmons has no military or intelligence background, or any skills relevant to the positions he attained through his fraud,” said Dana Boente, U.S. Attorney for the Eastern District of Virginia.

Simmons had appeared on Fox News, a unit of 21st Century Fox and the top-ranked U.S. cable television news network, as an unpaid guest analyst on terrorism since 2002.

A grand jury indicted him in October for portraying himself as an “Outside Paramilitary Special Operations Officer” for the Central Intelligence Agency from 1973 to 2000.

Instead of working for the CIA, Simmons’ jobs during that period included nightclub doorman, bookie, manager of a rent-by-the-hour hot tub business, mortgage broker and defensive back for the National Football League’s New Orleans Saints, the statement said.

Fox News declined to comment. Simmons’ lawyer, William Cummings, said he and his client had hoped for a lighter sentence.

Simmons pleaded guilty in April to charges of major fraud against the U.S. government, wire fraud and a firearms offense.

Simmons admitted that he defrauded the government in 2008 when he got work as a team leader in an Army program, and again in 2010 when he was deployed to Afghanistan as an intelligence adviser.

He said he made similar false statements in a 2009 bid to get work with the State Department’s Worldwide Protective Service.

Simmons also admitted to defrauding an unidentified woman out of $125,000 in a bogus real estate investment. When he was arrested, Simmons illegally possessed two firearms, which he was barred from having because of prior felonies, including a state conviction and two federal firearms violations.

In news just in an AFL umpire expert is found to have no experience umpiring the rules of the game.

You could not make either of these sh!+ scenarios up. Just goes to show that AFL has even tighter control of its operations than both Rupert’s news organisations and the US military.

Hand that man the Penski file.

Hand that man the Penski file.

I dead set copied the same sentence to make a witty post, see: manager of a rent-by-the-hour hot tub business

Why would you need to hire a hot tub by the… Oh.

You Es ay
You Es ay

Like if he’d stumbled into the studio like that fella in the UK a few years back, you’d fob it off as a misunderstanding.

Sounds like a general lack of intelligence all round. CIA
Considerable Intelligence Avoided.

Fox have found a replacement: 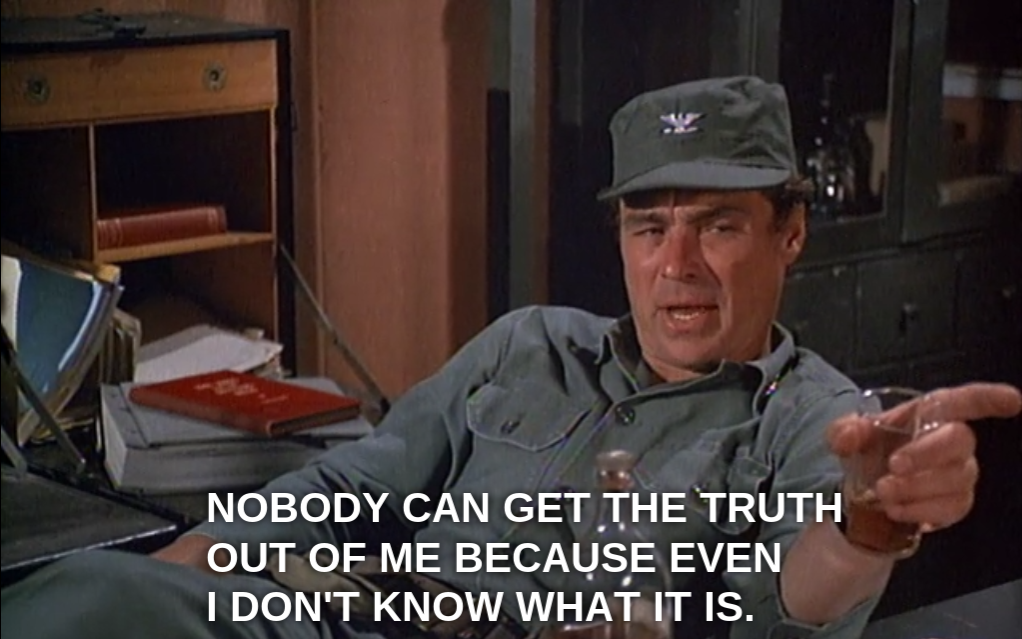 Hahaha…That’s a very funny story. He must have been quite good at his analysis haha because no one noticed… Everyone has an opinion. About as much credibility.