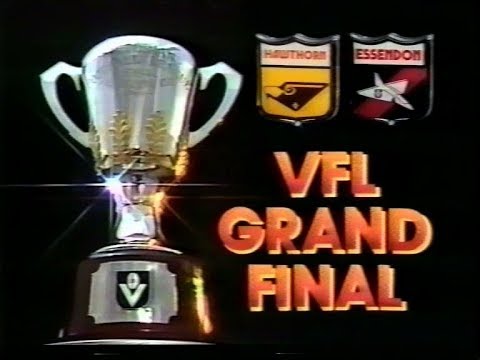 l am waiting for the day someone announced that they have just unearthed a barn find of a complete 1962 GF win over the Blooos. I don’t believe it is too much to ask for.

I have watched what is available and also would love to see the full game.

Still think 65 was the best one of these we did. Such a unique experience

84 out of the blocks strong in the vote

If i could transport myself back in time to attend the '84 GF, i would.
Even if it meant the return of a luxurious mullet and acid wash tight jeans.

Would have been incredible in the terraces during that last qtr.

Thanks for doing this.
I missed 84 and 85 as I was living in Brussels , but wore out the tapes I was sent
My experience of the 84 day was arranging with a fellow Bomber to share the costs of the then outrageous calls home pre internet etc ( about $70 per min, then).
The problem was whom to phone when just about everyone was at the MCG ( pre mobile) .
He had his Hungarian mother in law to phone at half time, From what he could work out, take the champers out of the fridge
At full time, I phoned sister in law whose level of footy nous was that there were two teams with different colours.
After the siren, I got it out of her that the red and black ones won, she was surprised I hadn’t found that out in Brussels.
My mate was a doubting Thomas, suggested that SIL could be less accurate than. Hungarian MIL.
I proceeded to drink through the champers on my own, but it was lonely not sharing celebrations on the day. Consolation was every media cutting and a Weg poster later by mail.

So it’s probably going to be 84 lol

Please don’t be a repeat of last year.

Gotta put a stopper on Dipper.
Killed us in the Semi.

Baker is a star.

Still getting over the high of last week at Waverley.

Kicking 28 goals against Collingwood in a final and winning by over 130 points.

If we play even a quarter of that quality in the GF = we win. Hawks will have no answer.

I always miss these.
It’s not fair.

Call me a gloomer but we’ve had 3 goes at these ■■■■■ this year and haven’t beaten them.

Just over half an hour to go. A reminder to cue up your videos to 22:00 timestamp