Jake Long - off-season fluff article (still good reading & why is The Age now so nice to us.....) 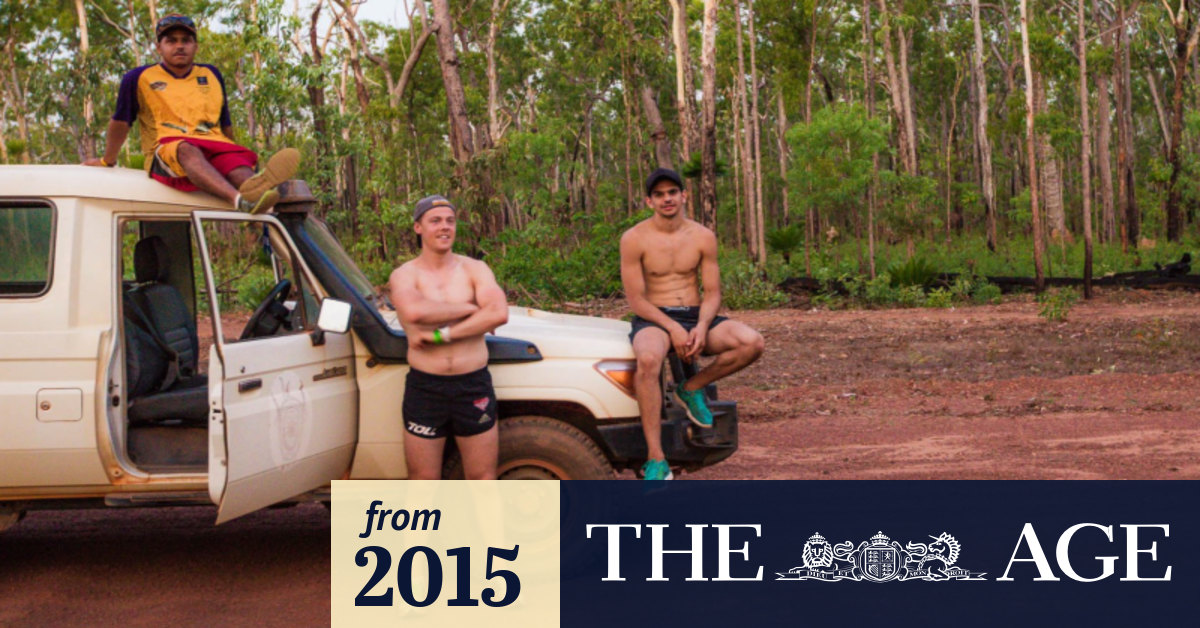 Melville Island Melville Island can claim three Norm Smith medallists, all of them significant branches of Jake Long’s family tree. It’s a special place, but to Essendon’s maturing rookie its allure has nothing to do with football.

As a kid growing up in Darwin this is where his first memories of his grandfather, Jack Long, were formed. He went there every school holidays, and as a 19-year-old making his way in a game his father Michael lit up like a dancing flame, this is where his sense of family and connection remain strongest. It will ever be thus.

“We’d visit when I was a kid and grandpa would show us his boats, his quad bikes, all his gadgets,” Jake says. “Then he’d take us over to Woolawoonga, to the beach where he’s got his shack.”

Jack Long is now in his late 70s and is still the marine ranger at Pirlangimpi, also called Garden Point. Its beauty masks a deep sadness; in the 1940s it was a Catholic mission where children of the stolen generation were sent, among them Jack Long and Cyril Rioli, grandfathers of the 2015 Norm Smith medallist, Cyril “Junior Boy” Rioli.

Woolawoonga is at the northern tip of the Apsley Strait that separates the major Tiwi Islands, Bathurst and Melville. It’s a retreat for clans whose introduction to the island came with great sadness but who were adopted as Tiwis, embraced, and are celebrated for the knack their offspring have for doing great things on football’s biggest day.

“There’s the Riolis and the Virgonas down the beach, too, the different families, everyone with their own little spot,” Jake Long says. “But it all starts with our shack at the front.”

Jack Long built it with his bare hands, a rustic two-storey dwelling with a staircase of driftwood leading to an upper deck, some netting for shade and not much else. Family provides all the comfort that’s needed; no matter how many Longs turn up, there’s always room.

“It’s one of the things I love most about coming back to the Tiwi Islands, just to go to the shack and camp there with my whole family,” Jake says. “You just pull out the mattress and lie up the top, feel the breeze.”

Jake reckons building the shack was his grandpa’s carpentry apprenticeship. “Up here, you’re everything - you’re a bush mechanic when the car breaks down, you’re a builder.” It’s looking “pretty dodgy” at the moment and before his current holiday is over a working bee is planned with his dad, uncles and cousins.

There’ll doubtless be no stopping Jack Long overseeing the job, a man his grandson describes as “strong, hard as a rock” yet softly spoken. "He wouldn’t say a word unless you asked him, you don’t get much out of him.

“But he’s a very smart man. He taught my dad everything he knows, and my dad’s passed it down to me.” The main thing he gets from his grandfather is all he could ask for: love. “His motto is, ‘We are one’. Hopefully I’ll pass that on to my kids.”

When Cyril Rioli completed a Tiwi hat-trick started by his uncle Maurice with Richmond in 1982 and shared with Michael Long in 1993, Jake was at his parents’ house in Darwin, surrounded by family, watching the grand final on a television set up on the verandah. They ate goose and steak sandwiches, drank beer and welled up as one.

“It was a special moment,” Jake says, calling Cyril “my brother” in the Indigenous way of family encompassing a broad circle. "I was so proud of him. He just killed it that day.

“I think everyone was a bit shocked - they knew he’d won it, but they just couldn’t believe it. Most people were tearing up - I tear up now just thinking about it.”
He’s seen the 1993 grand final but says his dad has rarely spoken of it. Michael Long’s lasting piece of fatherly advice brings to mind his banner moment of a special afternoon - “just run”. In highlights of the 1982 grand final, he saw in his uncle Maurice Rioli handballing to turn danger into attack. “He was a great player - like Andy McLeod, that magic touch.”

Season 2015 went fast for Jake Long, despite a broken thumb and a chipped bone in his back. Getting his body AFL-ready is a challenge he’s up for; he’s set to be re-rookied by the Bombers, and will attack 2016 with a simple plan. “My aim is to play AFL footy.”

When obstacles fill his path, he need look no further than his grandfather for inspiration. Jake says Jack Long, with the Tipungwutis and Kerinauia family elders, has been like “a big brother to everyone” on Melville Island. Since the others have passed on, he’s become one of its most revered figures.

“He knows the lingo - it’s not his native tongue, but he’s learnt the lingo. He knows the old language and the new language. He’s in touch with the people.”

This week, after training at Tiwi College and a buffalo hunt in the bush, a group of Essendon players visiting the Top End dined on goose shot and plucked by Jack Long. Jake was delighted to share his special part of the world with them and to engage with the next crop of Tiwi kids who dream of adding to their island’s footy legend.

“It just means that I’ve got family everywhere, looking over me,” he said of his Tiwi bond. “I just love coming back and seeing the young kids - they know the Long family, they know my dad, they know who you are. And they love you.”

(The Age are also either asleep, or don’t think Carlisle’s japes are newsworthy.)

Disconcerting in this piece is the photo of Jake with our conditioning coach Des O’sullivan. Des doesn’t appear to be coaching his own condition especially well.

(The Age are also either asleep, or don’t think Carlisle’s japes are newsworthy.)

Who wrote the article?

Who wrote the article?

I love this article.

(and who knew he had a chipped bone in his back?)

Makes me choke up, go Jakey, if he makes it it’ll be so fantastic for our great club.

Obviously from a very special family. Proud to have both Longs in the red and black.

There is more to life than footy, but its pretty clear the Tiwi Islanders love their footy, and we love them for it.