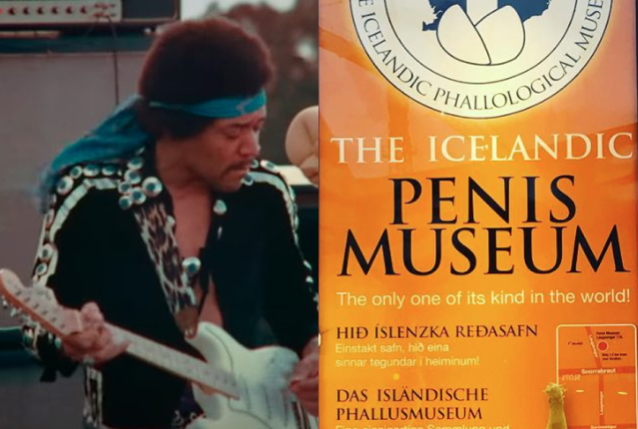 Prior to her death last month, former groupie Cynthia "Plaster Caster" Albritton, who gained fame for her sculptures of Jimi Hendrix's ■■■■■ and other iconic rock stars, donated to The Icelandic Phallological Museum one of a few cast replicas of the...

that’s quite the… feat?

Hes been a personal hero of mine since i was 14. It was my own personal journey to mecca. I’ll never forget the feeling of being there. I placed a handful of Fender heavy tortoise shell guitar picks into his flower holder. Just like the ones he used.

I adore the man.

But this is the silliest thread evet. GURGE.

Just here to dip my toe in.

Did Jimi tuck it in his sock like Joe did?

If you can find a higher resolution image of this photo and use a zoom function, one can confirm, James Marshall Hendrix was packin…