Former Geelong and Essendon ruckman John Barnes is leading a push to sue the AFL and its clubs with relation to the effects of concussion post-retirement.

Barnes is one of roughly 12 former footy players who fear neurological impairments could be linked to countless head knocks suffered while playing the game and are weighing up their legal options, according to News Corp.

The 2000 premiership player will be a lead plaintiff in a proposed Federal Court action with the help of highly-regarded lawyer Greg Griffin and player agent Peter Jess.

Barnes was diagnosed with epilepsy five years ago and has experienced increased memory loss and anger issues. The 48-year-old believes all of those conditions could be linked to his playing days.

“It’s turned my life upside down … I’m not the same bloke I used to be,” Barnes said.

"I know things are changing in my mind and I want answers."​

“I got the report back this week and he (Pearce) said it’s like I’m driving a car with no brakes,” Barnes said.

"I’m going downhill fast and all the damage has been done.

"I had three broken jaws playing footy and was concussed probably half a dozen times.

“Other times, you just shook it off and kept going, and that could have been three knocks a game that stun you like a mullet.” 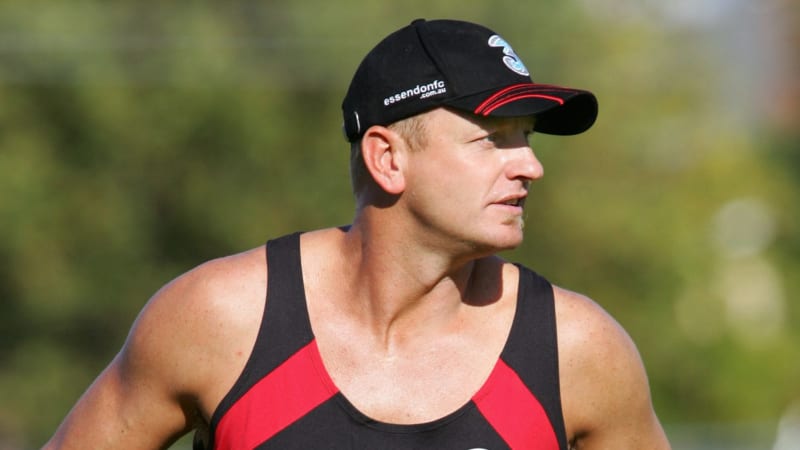 Former Geelong and Essendon ruckman John Barnes is leading a push to sue the AFL and its clubs with relation to the effects of concussion post-retirement.

That’s one way to make everyone think your a idiot looking for a quick buck. Seriously, how’s it anyone’s fault but your own. It’s a contact sport. You know the risks. I’d be amazed if he got a cent

Check out the NFL.

That’s one way to make everyone think your a idiot looking for a quick buck.

Yeah because that’s what he is doing. shakes head

I was the first treating barnes in his fall in the supermarket, was right next to him!

I wouldn’t. I think the risks posed by concussion and head knocks have been grossly misundrstood until recently and it many respects things are still quite unclear. While the obligation of an employer to provide a ‘safe’ workplace has a slightly different meaning in the context of professional support it has meaning nevertheless. None of the protocols around concussion existed when Barnes played and the interpretation of a legal bump was far more liberal. The very fact that the AFL has now taken steps to mitigate these risks will be used against them. The question will be ought they have done more earlier and were the risks properly understood by the players.

The a league connection is an interesting side issue here.

With all due respect… if Barnsey is demonstrating a marked slip in brain activity it must be serious.

Regardless of whether the AFL is liable, the guy is obviously suffering from some health issues. I think we can show him some compassion at the very least (not withstanding the fact that he is an Essendon premiership player - you know, one of the guys that allows you to walk around and gloat that we have won 16 premierships).

17 premierships? Lets not count our guaranteed 2018 flag too soon.

I hope everyone sues the AFL for everything.

I feel sorry for the bloke don’t get me wrong. It’s not a ideal situation. But cmon, it’d be like trying to sue McDonald’s because their food made you fat

Like I said, football in a contact sport. You willingly participate KNOWING the risks. How you can try and sue a organisation that is in no way responsible for you being concussed is beyond me

If anything at all, not that I’d agree with it, wouldn’t Geelong and Essendon, as they are obviously the ones to deem you fit to play, hold more blame than the AFL?

It’s already been said that the risks re concussion etc aren’t particularly well known even now, let alone back when JB played.

The real question is whether we would still enjoy the game if its non-contact.

In ten years it will have little in common with the game most of us know.

If anything at all, not that I’d agree with it, wouldn’t Geelong and Essendon, as they are obviously the ones to deem you fit to play, hold more blame than the AFL?

He is going after the AFL, Dons and Cats.