I thought this article was worth posting as it is a reflection of where Essendon was in 2008 and when Lloyd shifted from a stay at home forward to an up the ground player.

It says a lot about where footballers get to emotionally, and also seems to say that on the field and in the dressing rooms, we are in a much better place these days and in much better hands.

Travis Cloke has been on my mind more than a few times this year. As a media commentator I’ve wondered whether he has been low on confidence or whether the game may well have passed him by. However, those thoughts are always superseded by something far more important – what is the personal toll on a player of this type of scrutiny?

I’ll never forget my 2008 season – it was my lowest ebb as a player. Essendon were on a seven-game losing streak, and I was playing poorly. Given the amount of pressure I was under from the media through that period I have some inkling of what Cloke has endured this season.

I was captain at the time and I remember leaving Etihad Stadium that Friday night avoiding eye contact with everyone while carrying a knot in my stomach. I felt I had hit rock bottom as a footballer after 241 games. In my own mind, I was an embarrassment and just wasn’t up to it anymore. I’ll also never forget seeing a young Paddy Ryder still in his playing gear, slumped on the ground with his head in his hands in tears after being left on Franklin all night and given no defensive support. As his captain and teammate, it broke my heart to see him so upset and in that much distress. I could not say or do anything because I was in just as big a hole, if not bigger.

Back then we would do a recovery session straight after the game back at Windy Hill and, as I drove back there, I turned on Triple M to listen to some music to take my mind off the game. Unfortunately, the footy broadcast was still wrapping up and my embarrassment turned to anger as I had the mickey taken out of me – the commentators gave me three votes for worst on ground. I despise that sort of sledging.

The following few days saw a brutal assessment of many Bombers on all media fronts, including an article by the Herald Sun’s Mike Sheahan. The Age’s Rohan Connolly thought that it was time I was dropped to the Bendigo Bombers. I was under siege and, while trying to maintain that I was fine, in reality I’d become a recluse. I’d only go to training and then straight back home again, because I didn’t want to speak to anyone I didn’t have to. I felt like everyone was judging me and had an opinion on how I could do things better, which was the last thing I wanted or needed.

The following week in round 12 we were to play the West Coast Eagles at Etihad Stadium in another big Friday night clash. The Hawthorn review on the Monday beforehand was brutal from Knights and I was well and truly in the firing line due to some less than adequate efforts to compete in the air or chase out of the forward line. Slumped in my chair in the auditorium copping the barrage, I looked at the vision and thought, ‘Who is that person?’ I looked like a player paralysed by fear of making another mistake, but I sat there and copped it as my efforts just weren’t good enough and that wasn’t the time to offer any excuses.

On the Tuesday morning before training Knights called out to me and asked me to follow him into his office. It was the longest 15-second walk. I thought to myself, ‘This is it, I’m gone. How have I gone from captain one minute to a Bendigo VFL player the next’? I had never been so relieved when I heard him say, 'We need to try something different and you will be playing higher up the ground as a half-forward this week. I was safe for another week at least, I thought, as I was in survival mode by that stage. What a mindset.

I got home from training and my wife Lisa said that we were going to her sister’s house for dinner. When we got there it wasn’t just the four of us but also their family priest, Father Justin, who they had known for many years. After dinner the table cleared and it was just Father Justin and I sitting there. I’d never met him before this night, but he asked, ‘How are you holding up?’ As I always replied, I said, ‘I’m good thanks’. His response was, ‘No, you are not. You look pale, withdrawn, distant and absolutely miserable’. It’s fair to say I was taken aback.

I didn’t open up much to him that night, but he said, ‘Come and see me tomorrow at my parish as I also specialise in family counselling’. Through pressure from Lisa, I went the next morning, but on the drive was thinking, ‘Why am I wasting my day off doing this?’

Father Justin didn’t mess around and asked me a few deep questions straight off the bat about how I viewed myself and what I was thinking and feeling while out on the football field. Before I knew it, I was crying. With tears streaming down my face I poured my heart out to this relative stranger on how I was at rock bottom and had lost belief in my ability to play the game.

I left his room an hour later emotionally drained but feeling much better for getting all I needed to off my chest. It was like a huge weight had jumped off my back. Two days later with a different focus and mindset, I had 21 possessions, kicked two goals and took nine marks from a half-forward flank and we beat the Eagles by 22 points to break our losing streak.

I saw Father Justin every Wednesday for the rest of my career, He became the sounding board I needed away from football. He helped me rebuild my confidence as we went on to win six of our next seven games and my footy improved dramatically.

That’s how powerful the mind is and, when I look back now, I realise that the key to rebuilding was not letting the game define me.

It is hard not to let AFL football be all-consuming in such a tough, competitive environment. But everyone in the industry has a role to play and you should never concern yourself with what you cannot control.

As Travis Cloke continues the battle to regain his confidence - and he seems to have done that yesterday - I hope he can realise this and screen out the noise. That’s the advice I’d also offer my younger self. 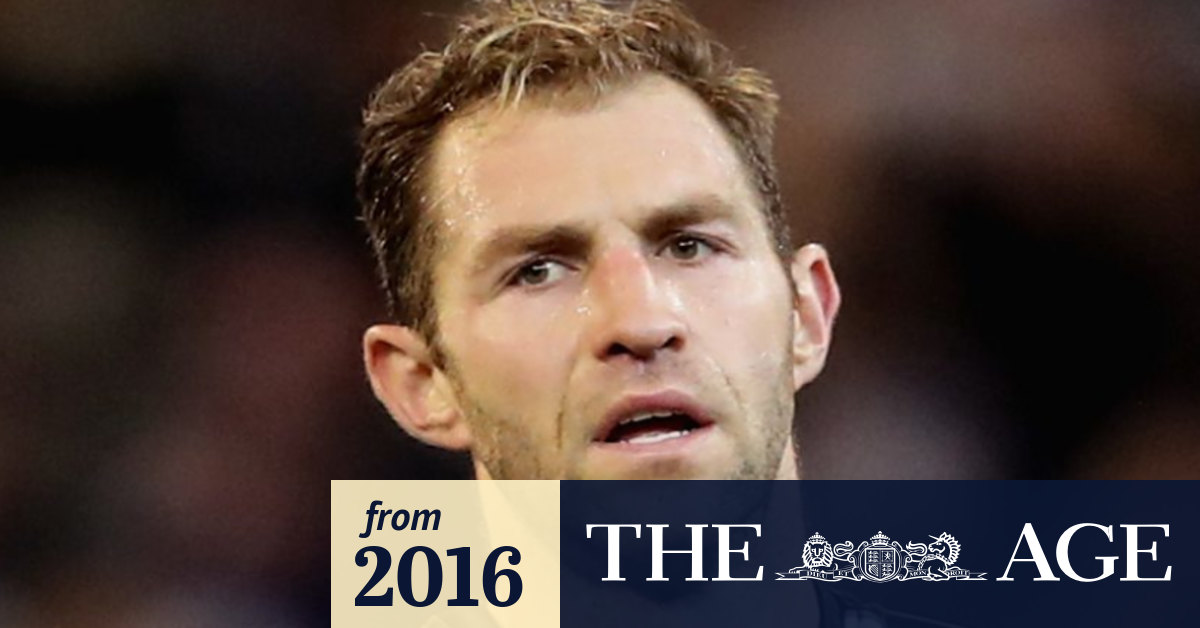 Travis Cloke has been on Matthew Lloyd's mind a lot this year. He wonders whether Cloke is just low on confidence or whether the game has passed him by. But he worries about something more important – what's the toll on a...

The mental side of the game is vastly under-rated by most fans. Look at how the team performed last year after the WADA appeal was announced - and yet there were choruses of ‘they should just play’, ‘it’s no excuse’, ‘not good enough effort’.

So Cloke need to see a priest?

Lloyd: “Have I ever mentioned that I didn’t like Matty Knights?”

I reckon you could draw a pretty fat line between criticism and the MMM stuff at times. It’s what makes them popular and I listen to them but they cross the line pretty regularly

So Cloke need to see a priest?

No he needs to see parish

I reckon you could draw a pretty fat line between criticism and the MMM stuff at times. It’s what makes them popular and I listen to them but they cross the line pretty regularly

The MMM guys are absolute flogs.