I was totally trying to tune out from regular life stuff and needed to chill, found myself watching old Mike Sheehan interviews, the Warwick Capper one was quite entertaining, but this one sort of resonated, Mark was quite serious with Mike and made me think back to that era of football and I totally agreed with Jacko in his comments, I really don’t think he is posturing in these comments and really speaking the truth.

I know you all may remember him as ■■■■■■■■ larrikin, but makes you wonder how manufactured the sport really is, 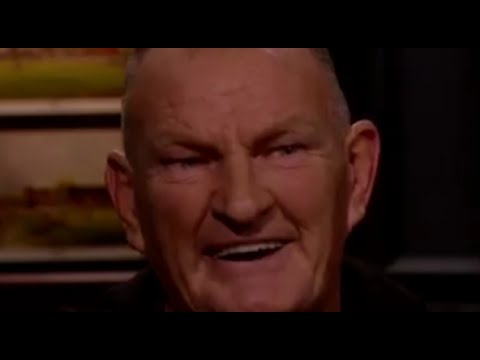 This was the best and funniest interview ever. There are some absolute pearler lines. Well worth the watch. He’s a bit mad but he genuinely makes some good points too

My dad coached Jackson through his juniors. Always told me he was the toughest footballer he ever coached. Absolutely uncontrollable if he was set off.

I watched some of his highlights, and he took it up to anyone, he wasn’t scared and the way he gave the ■■■■ you with the donkey kick to the umpire, classic! and seeing back then he was not getting paid much more than what $15,000 a year he developed his theatrics, to help develop his persona in the media. 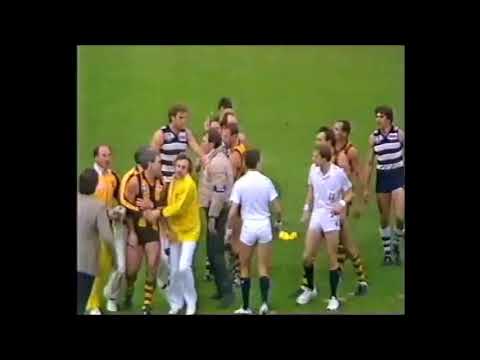 It’s fantastic Leigh Mathews did a cheap shot, Jacko was going to clean him up

And these days Leigh Mathews is a hero, Jacko knew he was a cheap,■■■■ licking, snipping flog

The bloke who immediately evened up with Matthews was Steve Hocking.

I met Jacko twice in social scenes. Both times in the late 80s. Once in Bali and once At MT Buller. Away from cameras and public scrutiny he was quite engaging and smarter than his vfl/AFL persona.

The bloke who immediately evened up with Matthews was Steve Hocking.

The only bit of good governance he ever did.

Commentators were useless, they blamed Jacko whilst ignoring what Matthews did.

I was disappointed when he defeated’Rotten’ Ron Andrews in a sanctioned boxing encounter but as a footballer, his record speaks for itself. Fiercely independent and supremely confident, how many other footballers have gone from notable weekend suburban somebody to headlining his own tv show on American television? He’s much more than the loud mouthed, ill disciplined, hand-standing bozo the media will have you believe.

I remember reading an article many years ago about Jacko, possibly an interview in Inside Football, of how he used to prepare himself for his craft, goalkicking.

According to this article he mentioned that he had photos of the goals from various distances and angles of all the VFL grounds that he played at plastered on his bedroom wall so that he could visualise himself taking set shots from those particular areas of the ground. This was also from an era before video became a common tool in helping footballers work on their game.

Jacko was way way ahead of his time in the attention to detail in the preperation and training methods required of a footballer of any era possibly including today.

Seriously, could you imagine a Tom Hawkins or Jeremy Cameron going to these lengths of attention to detail to better their goalkicking these days, let alone Joe Daniher?

Jacko’s goalkicking accuracy rate and average would be up there with the greats of the game such as Peter Hudson and John Coleman ableit his relatively short career. And as goid as he was he also knew the value of being an entertainer on field through most of his antics.

My emigrant mother who doesn’t care about the game and is almost 80yo still asks me to this day " Whatever happened to Jacko? What does he do now? He was fun to watch".

He was a truly unique character of the game. I loved him.

You might remember this. M Jackson returned to play for South Fremantle around 1988? I was at Leederville to see the West Perth (CLAP CLAP CLAP) V Souths scrap. The game was pretty uneventful until M Jackson bailed Craig Nelson up against the fence on the outer wing before giving him about 15 shots to the mid section. Naturally, C Nelson wasn’t pleased but things got worse as Jackson went on to kick about 6 and he made sure that Nelson knew all about it as the tally grew. Not a good day for The Cardies but Jackson had fun time.

Very vaguely remember Jacko kicking a bag against the mighty Cardies but I remember a lot more vivdly Rnd 10 1987 when West Perth smashed Soufs by 210 points when he was playing for them that day too and was extremely quiet due to the fact the ball rarely entering their forward line.