I am SO jealous of people with exceptionally clear memories, I could slap them!

I have never had a good memory. It’s not an age thing, (like say Alan Noonan’s, no offence intended, Al) I have simply never had a graphic recollection of things as some people do.

Allow me to give you an example, admittedly exaggerated, of what I mean.

I have a Bomber supporter workmate with whom I have occasionally attended games:-
Over coffee I said “Hey mate, remember that time we flew up to Brissy to see our match?”
His answer (exaggerated for effect but basically pretty close): “Ah, I remember it well. There was a chill in the air as I walked down the front path of my house to the cab. The scoria crunched under my feet and the cold handle of the taxi door sent a chill through me……”

I’m kidding a bit of course, but nevertheless some people have remarkably graphic memories. Whereas I have been shamefully guilty of forgetting things a normal person should remember.
Like when my brother, Benny, said to me in conversation “Remember that company I worked for in Dandenong?” I was like, “Oh yeah” but it was really “Nuh.” Oh FFS we lived in the same house and he was traveling from Reservoir to Dandenong every day. How could I not remember that?

Do you, fellow Blitzer, have clear and graphic memories of things?

I’m gonna fess up. I think I was a bit self centered. So busy thinking about my own life, my job, my projects or whatever, that I didn’t stop to REFLECT on what was going on in other people’s lives.

That word “reflect” just reminded me of an idea I had that I thought I would run past you. Here goes: Let’s call it Thread Soundtrack. What I mean is this: If you know a song that seems to match the mood or tone of your thread, post a link to it.

I reckon this Thread Soundtrack thing can work. You post a topic with an appropriate soundtrack. The reader clicks on the soundtrack and the song plays in the background as he or she reads the topic. 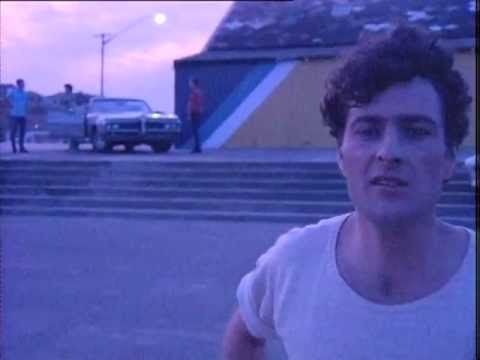 This song takes me straight back to a year 12 party I went to… Very clear memories of a great night! Golf course, sprinklers, jumping fences, it’s all still there in the front of my memory.

I’m gonna try to give as many threads a soundtrack as I can.

Songs are time machines for me.
It’s a rare song that doesn’t take me to an incredibly specific time and place.

Do you get emotional when you hear certain songs? I do.
I was watching TV the other week and that Aussie movie The Club was on. You know the one with Jack Thompson, Graham Kennedy and Frank Wilson etc?
In one part, near the end, Up There Cazaly played.
I immediately thought of Bomber premierships!
I fair dinkum teared up!

I do.
For me that song is me taking speccies on the couch in the good room, age six or seven.

Thanks for posting that song, quietachiever, I have just added it to my playlist. Thumbs up

I may be disclosing my socio-economic circumstances there.

I may be disclosing my socio-economic circumstances there.

We don’t wanna do that, Wim.

I think it’s perfectly normal to be self centred and to not remember things or events involving others.

I think it’s perfectly normal to be self centred and to not remember things or events involving others.

I can’t remember posts on blitz after beers.

I can remember and will remember stupid ■■■■.

I tease people with idea I have a “photographic” memory, I like to think of it as just being aware and recognising my surroundings.

Your asking for detailed recollections of past events - I don’t think I can do that. If we’re in a warehouse and you want to know where something is, say you left a tool somewhere - I’ll pinpoint the row, column shelf whatever to the nearest tee, if I walked past it that day, a week or month ago.

I’m not sure if this ties in to the conversation your trying to generate.

I can’t remember things that don’t exist before me - there a techniques for that though. Passwords, names, conversations, addresses etc.

I can remember as far as kinder, several events, pins and needles for the first time, nap time etc, arts and crafts.
I remember Prep, Grade 1 etc etc…

I can remember as far as kinder, several events, pins and needles for the first time, nap time etc, arts and crafts.
I remember Prep, Grade 1 etc etc…

These sorts of memories are what I’m talking about, NOT the other sorts of things you refer to. How graphically do you remember them? Is it like a sharp video or just really fuzzy and vague?

In fact, remembering details about others would be a little peculiar.

For example, an old friend who lives in Sydney is training to become a nurse at nearly 50. I know this because she got p?ssed off at me for asking for the fifth time “so what are you re-training for?”. I think that was what was required to penetrate my memory defences. Our brains are working on another plane altogether. Mine determined that her current endeavour wasn’t important enough to give up RAM for so it just blocked it out. It needed her getting shetty to get through.

I can remember kinder, there are several things and moments but one of the main ones is - before we got to go out an play. I was struggling to put my shoes on, but I was determined.

As the teacher was coming around waking us and getting us ready for outdoor activities. I was fighting with bunny ears and looping and making it work. When it did - I tied my own shoelace, then again on the other foot. I managed to repeat it. The kindy teacher was well impressed.

I have no idea what shoes they were, what time of year or what I was wearing etc

It would’ve been a kmart brand or something - mot your nike or something recognisable - names westie for a reason as for the colour - nope its the event I remember not the details.

If I were to engage you in a story and keep you interested, I could “story tell” and throw in details. This is where this topic gets confusing or mislead…

If I’m talking about this for example and anyone with public speaking experience will understand, its about filling in detail for the emotional ride, not for the accuracy of the story

I remember the advice that @Vinnie_D gave me when I first started posting on BB. You said “Broadmeadows was great and if I were to visit, make sure I was wearing an Essendon guernsey because they’d really love it”.