New album to be released in t-minus 2 days. I’m so excited, it’s been 5 long years since their last one, all I need them to do now is come back to Australia.

So far we’ve got a lot of strings/orchestra work, I really hope they continue in that vein.

I prefer the Radiohead of old . Street spirit ( fade out) and the video that went with it is mesmorising. Karma police and paranoid android ,etc got played so many times that i think i overdosed on their music of that era and probably dont appreciate their new stuff so much. Life changes and musical tastes waver with it. This song doesnt have enough energy for me.

I prefer the Radiohead of old . Street spirit ( fade out) and the video that went with it is mesmorising. Karma police and paranoid android ,etc got played so many times that i think i overdosed on their music of that era and probably don`t appreciate their new stuff so much. Life changes and musical tastes waver with it. This song doesn`t have enough energy for me.

The bends album has always been my favourite. From kid A on has been hit and miss imo.

Big fan of every record to be honest…

Huge fan of the first two singles of this new record,…

Burn the Witch & Daydreaming are just brilliant…(like I’ve been hit across the room by both songs, amazing)…

Could be their best album yet !!! It could also be their biggest selling record since ok computer if everything goes well…

I hope Lift or Big Boots makes it on the album…

The video for daydreaming is one of my favourite music videos already, it’s only been out for three days…

Stumbled onto this article, it might be of interest to Radiohead fans:

Brilliant album, my highlights so far are Burn the Witch, Decks Dark, Desert Island Disk, Identikit and The Numbers.

lol what a classic…hope your enjoying Kanye!

This is as good as some of the Beatles best albums…

lol what a classic…hope your enjoying Kanye!

I heard they wouldn’t sign his copy of OK computer

I must be weird as I’ve always liked Kid A, Amnesiac and Hail to the Thief the best… and find Bends and Ok Computer largely a bore…

Kid A was a hugely influential album on me as an 17 year old who listened to nothing but Metallica at that point in my life… things like texture, space, dynamics and ambiance were very new mindblowing concepts for me. I think Kid A was also a gateway into electronic music for me… to which I spent the first half of my 20s in…

Meh, you lost me at “Radiohead”…

I’m a massive RH fan and their gig in Melbourne a few years ago was one of the best nights of my life. However I also found this article pretty funny:

RADIOHEAD IS FOR BORING NERDS
By Dan Ozzi

You know that one friend who is REALLY into Radiohead? Like, the person who takes the day off from work to wait for Radiohead tickets to go on sale? You ever notice how that friend isn’t really into many other bands besides Radiohead? That’s because it takes so much effort to understand what is good about Radiohead that it’s impossible to have time to discover any new music.

Radiohead fans are the type of people who feel perfectly comfortable dropping a hundred bucks on some rare Japanese import single and then shrink wrapping it, putting it on a meticulously organized shelf (alphabetical, then chronological), and never touching it again. And they have no problem with spending that kind of cash on a record they will never listen to because they’ve all got steady jobs as computer programmers and they sure as hell ain’t losing money on romantic evenings out on the town with women. (Yes, I just generalized that all Radiohead fans are guys, but let’s be real here.) No date has ever ended in sex which started with some nerd’s dinner conversation about how Kid A foreshadowed 9/11 (which is a real thing that Radiohead supernerd Chuck Klosterman believes). Or the Radiohead binary theory which hypothesizes that their 1997 album OK Computer and their 2007 album In Rainbows form together perfectly to create a decade-spanning mega-album. Wow! What are the odds that one album full of computer noise bullshit would vaguely sound like another album full of computer noise bullshit? What geniuses!

That’s sort of the M.O. for Radiohead fans—desperately grasping at straws to believe that a band who dicks around with a bunch of computer wires and passes it off as a concept album are some sort of brilliant visionaries whose records are works of art. Maybe it’s overcompensation for the fact that they have to spend 10% of their time listening to Radiohead albums and 90% trying to convince themselves that they understand what the ■■■■ they’re about. But yeah, Thom Yorke is totally an alien or Jesus or whatever you want to believe to make your ■■■■■■ taste in music more acceptable.

Sure, in the grand scheme of things, it’s much better to have musicians out there like Thom Yorke than a shameless cash-hungry scumbag like Gene Simmons or the throat-tatted pedophiles who play the Warped Tour every year. Yorke seems like a nice guy and all, but come on. He’s not the musical lord and savior, he’s not from another planet. He’s just a strange little British man who dances like a spider monkey. For a prime example of his musical mediocrity, look no further than Atoms For Peace, his side project which makes Radiohead look like Slayer. And it’s not like Yorke’s singing voice is saving him. The guy sounds like what happens when you give a toddler a toy microphone and let him go nuts. If you gave a 5-year-old a Moog synthesizer, recorded him dicking around for an hour, and released it as a new Radiohead album called Moon Princes, nine out of ten fans wouldn’t be able to tell the difference. “Five stars, their most complex, ambitious work to date.” - some schmo at Rolling Stone.

At least in their Bends era, Radiohead made music that non-robots might want to listen to. Sure, it was whiny and boring but if nothing else, you could tell it was being made by a real band with real instruments and not an electrician trying to fix a DVD player that got a copy of Tron stuck in it. In their nearly 30 years as a band (yes, 30), they’ve journeyed from mediocre alterna-rock into who-the-■■■■-knows-what-genre. Ask any casual music fan to name a Radiohead song. The most common answer you’re gonna get is “Creep.” The second most common answer: a blank stare, because who the ■■■■ knows the name of the 800 songs that go “beep blorp bop beep boop 010101?” No one. “Creep” is fun to do at karaoke. Any other Radiohead song would clear the place out because it’d sound like someone doing an impression of a stroke victim.

If you’re a Radiohead fan reading this, first of all, congrats on being way, way smarter than the rest of us simpletons who just want to listen to a song with a ■■■■■■■ hook or a beat that isn’t in some weirdo 179/4.26 time signature. Secondly, try a real band on for size. If 5-minute looping cyborg farts that don’t go anywhere blow your mind, wait till you hear a ripping guitar riff! Or a chorus! Or even just substitute “Radio” for “Motör” and you’re on the right track.

It’s time to look down, take a good hard look at that fading Amnesiac European tour shirt, and face the truth: Radiohead is just boring nerd-rock for nerds. Wait, Radiohead fans, let me rephrase that so that you can understand: Loading file: attempt_to_give_a_crap_about_radiohead.exe [error 404: file not found]

who or what the ■■■■ is a Dan Ozzi? ok I get it…another attention seeking interweb douchebag who’s only claim to fame is they know how to use twitter

This is on unearthed at the moment. I believed the style is based on radiohead.
It is still better than radiohead. 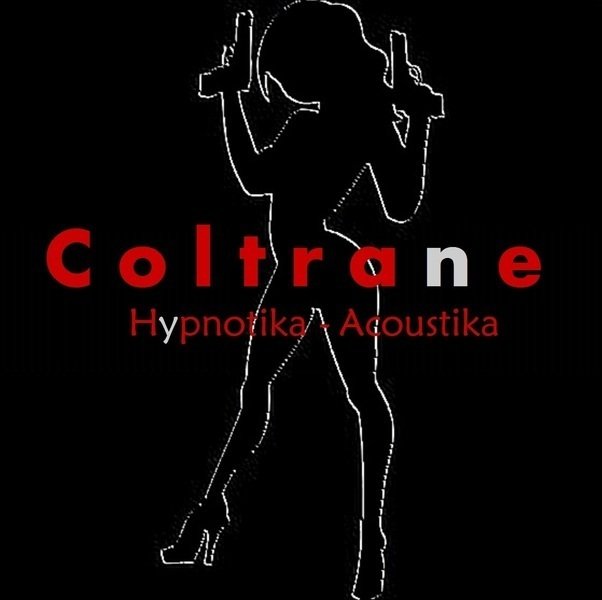 
I also understand this is a thread for people that like radiohead so I’ll go as long as you have a listen to the link provided. It’s car crash catchy.
Crazy_Bomber May 11, 2016, 12:05pm #18

First off, wow what an album. Absolutely incredible. I heard someone describe it as “easy on the ears but heavy on the heart” and that sounds about right.

But on some people drinking the haterorade: I have no idea what compels people to be dcks and hate music “just because” without ever actually listening to their music, Radiohead must have ran over their parents for someone to hate the for no reason. I’m tipping 95% of these people have barely heard a song since Kid A (if at all). In Rainbows is the most gorgeous albums I’ve ever heard, KOL had some fine moments and every album they’ve tried to change their sound. Not because they have to but because they feel churning out the same album every single time is boring, they want to challenge themselves, which unfortunately scares people who hate change or don’t like the concept that music can be more than the same thing every single time. You don’t have to like it but there’s no reason to be a dck to people who do like it.

Believe it or not I didn’t like them for the first 3 songs I heard of them (one was Karma Police). But with a good set of headphones (depending on the album) I actually gave them a proper chance and they’ve turned into my favourite band bar none. Saw them live a few years ago and they were incredible. If people want the same thing every time they can stick to their comfy favourites in ACDC who have made a career churning out different variations of the same 3 songs. Yes they make a lot of melancholy which I undestand is not to everyones liking, fair enough. Making beautiful music is what they do though.

Radio head are a bit like Seinfeld for me. I just don't get either of them. Feel a bit left out.

No reason to feel left out mate. Grab a set of headphones, have an open mind, go listen to ‘In Rainbows’ and tell me what you think. Don’t be a hater, music is to be enjoyed.
.

This is on unearthed at the moment. I believed the style is based on radiohead. It is still better than radiohead. https://www.reverbnation.com/coltrane114/songs I also understand this is a thread for people that like radiohead so I'll go as long as you have a listen to the link provided. It's car crash catchy.

Anyway, back on the album. Thoughts so far:

Can’t wait to properly get my teeth stuck into it with repeated listens.