I’m like a kid in a candy store when the NHL is on. Haven’t missed watching/listening to a Caps game in many years no matter the time it’s on.
New format likes exciting and we will see a fair few fights this season as teams will get very accustomed to each other.
Don’t expect much from us but should sneak a playoff spot. Still got plenty of firepower but think we might leak too many goals.

Tampa v Vegas final for me

Speaking of, Mark Stone named as the first ever official Captain of the Golden Knights.

Approaching playoffs soon but my Capitals played the Rangers today and it was back to back games with some heat and bitterness from a filthy hit by the Caps Tom Wilson a couple of days ago. Before today’s game players dropped gloves and 3 fights broke out immediately. Was another 3 fights in the first period and 20 penalties given for a total of 141 minutes. Was absolutely fantastic to watch 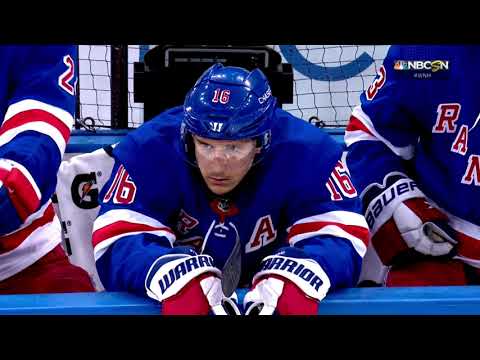 Tom Wilson gets fined $5k for that.

His team gets fined $250k for complaining about it.

I can’t find an updated thread, anyone here watching this season?

After drifting away for quite a few years, I got back into it during lockdowns (watched a tonne of clips, listened to podcasts, got myself back up to speed.)

I decided this season, thanks to the ESPN app streaming all the games, I was going to try and follow the full season and watch as many live games as I could.

Turns out, as a Calgary Flames fan, I picked a good year to get back on.

The Oilers make me nervous, however.

I’m a Philadelphia Flyers fan, so… yeah… not a whole lot to write home about. There’s a lot of Essendon in that franchise, and not in a positive way.

Dunno if it should go here rather than celebrity deaths as I’m not sure hockey players qualify on an Australian sports forum, but there have been two pretty major passings in the last few days in the hockey world - Guy LaFleur and Mike Bossy. Arguably the two best goal-scoring forwards of their era that weren’t named Gretzky. 9 Stanley Cups between them. They were often compared to each other, even growing up in Montreal.

Haven’t missed watching or listening to a Caps game live for about 5 or 6 years and try to catch up with at least a few other games daily running on my computer at work.
We have made playoffs again but not sure we can win a round
It’s my favourite sport by a fair bit

It’s my favourite sport by a fair bit

I’m not sure I can claim that much, but I’ve got far more enjoyment out of it this year than I have footy.

But I’m not at the stage where I watch non-Flames games as a neutral. That might change with playoffs.

The Caps are gonna have a tough run, could very well cop Florida first up I think?

Two absolute legends right there. Isles fans were also rocked by the passing of Clark Gillies only months ago, another from the dynasty era and ripping bloke and storyteller to boot. 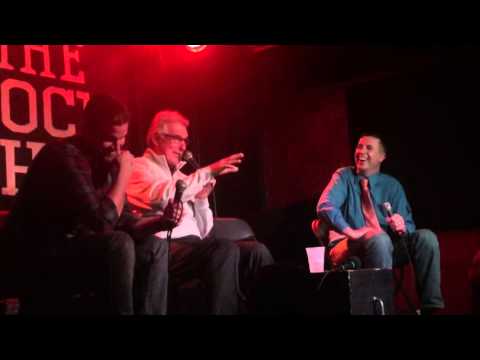 Currently have the Cats first round but we are in a 3 way race with the Bruins and Pens which could see us finish either in spots M3, WC1 or WC2. Not sure who my preference is as we match up ok with the Cats and Canes but don’t want to face Rangers as they are almost my most hated team and we have had some heartbreaking playoff losses to them previously

Currently have the Cats first round but we are in a 3 way race with the Bruins and Pens which could see us finish either in spots M3, WC1 or WC2.

Flames will probably get the Predators or maybe Dallas, which doesn’t bother me too much.

But it’s shaping up for a big Battle of Alberta in the second round, and that would be intense. And there’d be four 100+ point scorers on the ice.

The Islanders are kinda the forgotten dynasty… they tend to get lost in between the late 70s Canadiens and Edmonton’s Gretzky years.

The Flames v Predators game yesterday had everything, and it’s quite likely it’s gonna be our first round opponent. It will be one hell of a series.

A couple of fights, lots of niggle, and then Tkachuk levels the score with under 1 second left in the third, and we win in overtime. Very entertaining game.

An inch away from going 3-1 up in the series and instead we don’t win another game and bow out meekly. Another absolutely wasted season by the biggest underachieving organisation in the NHL. Same ■■■■ different year

I was watching the score of that one in the top corner of the Flames game.

Dallas is really pushing us. Well, Jake Oettinger is. Some of the best Goalie work I’ve ever seen.

This series should be done by now, but Oettinger just keeps robbing us.

Yeah we equalised about a minute from the end but our record in playoff OT’s is dismal so was never going to win. Just a gutless organisation that chokes in playoffs every year

You did win a Stanley cup 4 years ago. I reckon the Flames might have you covered in playoffs chokes, and we’re on the verge of another here.

But yeah, having the best scorer (best player, imo) of the modern era in your team should have seen more success.