Australian man Phuc Dat Bich is grateful the virtual world has now accepted him for who he is – and thanked the many thousands who’ve supported his cultural diversity.

Phuc Dat Bich has officially won the war on words.

Yes, the young man of Vietnamese origin, who was accused of using a fake name, has triumphed above the doubters and said he’s grateful for the support and hoped his saga has “played a part in brightening your days!”

After being kicked off Facebook multiple times, the 23-year-old Phuc Dat Bich posted his passport photo to prove his name was real.

“I find it highly irritating the fact that nobody seems to believe me when I say that my full legal name is how you see it,” he wrote.

Mr Bich suggested the popular social media platform was not as accepting of diversity as it claims to be.

“I’ve been accused of using a false and misleading name of which I find very offensive. Is it because I’m Asian? Is it? Having my fb shut down multiple times and forced to change my name to my “real” name, so just to put it out there. My name.”

But just how do you pronounce Phuc Dat Bich?
In fact, Phuc Dat Bich is an unremarkable name in Vietnam – and it’s actually pronounced “Foo Dah Bi”, not the version that draws giggles from those of us unfamiliar with the tonal patterns of the Vietnamese tongue.

Now that his account stands, the bank worker and car fanatic used Facebook to thank his supporters.

“I’d like to mention that I am very grateful to those who have been supportive of certain names that populate in different cultures," he posted.

"We live in a diverse and multicultural society and the fact that there are people out there who are supportive and encouraging really makes me happy.

"I’ve never ranted nor wept that my post would get this sort of exposure. But I am glad and honoured to be able to make people happy by simply making them laugh at something that appears outrageous and ridiculous.

"Much tragic events have happened all over the world, out of it all only happiness can mend. As an individual I hope I have played a part in brightening your days! PDB”

They get awfully dehydrated apparently.

I went to school with a guy called Daniel. 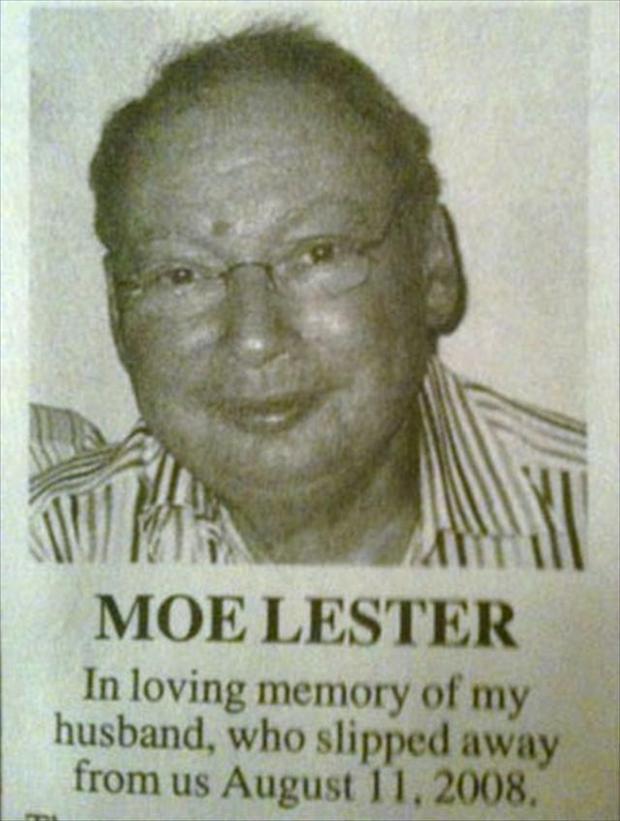 I went to school with a guy called Daniel.

Tess Tickle is a real person.

Almost makes me wish I was Vietnamese.

Thread title was misleading.
Thought Caro had written another article about Essendon.
Carry on…

Almost makes me wish I was Vietnamese.

In year 8 there was a girl in my class called Misty Hymen. Kid. You. Not.

A Chinese man saying Wayne Carr would also be quite amusing

So you went to school with the Olympic swimmer?

And an Irish girl I know said she went to school with Attracta Koch…sister of Ophelia, probably.

And an Irish girl I know said she went to school with Attracta Koch…sister of Ophelia, probably.

I went to school with a Michael Grewcock

Knew a Ben Dove and a Ben Dower. So close.