Wrestling legend “Rowdy” Roddy Piper has died at the age of 61 … TMZ Sports has learned.

Piper – born Roderick George Toombs – died from cardiac arrest in his sleep at his home in Hollywood on Thursday night. He was discovered on Friday.

Piper was a wrestling icon – one of the biggest stars in the WWE back in the '80s, and even wrestled in “Wrestlemania I” back in 1985 … squaring off against Hulk Hogan and Mr. T.

Roddy’s rep tells us, “I am devastated at this news. Rod was a good friend as well as a client and one of the most generous, sincere and authentic people I have ever known. This is a true loss to us all.”

Piper had been diagnosed with Hodgkin’s Lymphoma in 2006, but last November he said he was cancer free. A family source tells us he was “cancer free” at the time of his death.

A family member tells us, “Our family is saddened by the sudden passing of our father and beloved husband, Roderick Toombs aka Rowdy Roddy Piper.”

Roddy was admitted into the WWE Hall of Fame back in 2005 and was one of the top 50 villains in the history of the WWE.

Piper had a long relationship with WWE – last wrestling back in 2008 … but appeared on various WWE shows up until 2014.

Roddy is survived by his wife Kitty and their 4 kids – including 3 daughters and son Colton who’s pursuing a career in professional wrestling.

The death is especially shocking considering we just spoke to him on Friday and asked his opinion about the Hulk Hogan scandal. 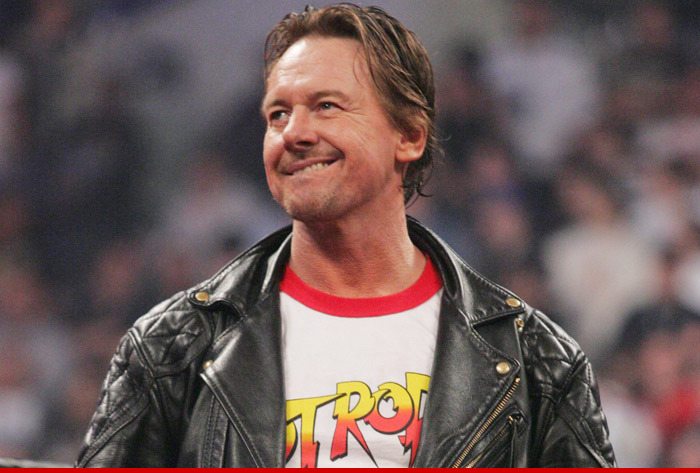 Everybody’s got to pay the piper sooner or later

A favourite. Back when wrestling was ‘real’

Just when you thought you knew the answers, he changed the questions.

Damn, this sucks. He was one of the greats. Him winning the IC title at Royal Rumble 1992 while Finkle announces “here is your winner and NEEEEEEWWWWWW Intercontinental Champion” while the crowd goes nuts gives me chills every time I see it.

That Piper’s Pit with Snuka was one of the great moments as well, even though it could never happen today for about 100 reasons.

Did he actually belt J Snuka with a coconut?

Did he actually belt J Snuka with a coconut?