Important read for Teenagers and Parents thereof I reckon …

The Risk Of Teen Depression And Suicide Is Linked To Smartphone Use, Study Says

A new study found that teenagers are increasingly depressed, feel hopeless and are more likely to consider suicide. Researchers found a sudden increase in teens’ symptoms of depression, suicide risk factors and suicide rates in 2012 — around the time when smartphones became popular, says Jean Twenge, one of the authors of the study.

Twenge’s research found that teens who spend five or more hours per day on their devices are 71 percent more likely to have one risk factor for suicide. And that’s regardless of the content consumed. Whether teens are watching cat videos or looking at something more serious, the amount of screen time — not the specific content — goes hand in hand with the higher instances of depression.

“It’s an excessive amount of time spent on the device. So half an hour, an hour a day, that seemed to be the sweet spot for teen mental health in terms of electronic devices,” Twenge says. “At two hours a day there was only a slightly elevated risk. And then three hours a day and beyond is where you saw the more pronounced increase in those who had at least one suicide risk factor.”

Twenge spoke with NPR’s Lulu Garcia-Navarro about the dangers of excessive smartphone use among teenagers, how parents can manage their teens’ social media usage and when is the best age for them to get smartphones.

I think a great rule for both teens and adults is to try to keep your use at two hours a day or less. And then you put that phone down, and you spend the rest of your time on things that are better for mental health and happiness, like sleeping, seeing friends and family face to face, getting out and exercising. These are all things that are linked to better mental health. So if you use the phone to facilitate those things rather than stand in their way, that’s a good way to go.
Depression Strikes Today’s Teen Girls Especially Hard

The idea that they’re under an increasing amount of academic pressure, and they’re spending more and more time on schoolwork doesn’t turn out to be true when you look at these large, nationally representative surveys. For example, there’s a large survey of entering college students, so that’s exactly the population you’d expect would feel a lot of pressure to have spent a lot of time on homework and extracurricular activities. Among that group, when they report on their last year in high school, homework time is about the same as it was in the '80s, and the time they spend on extracurricular activities is also about the same … The other thing is, we also found that teens who spend more time on homework are actually less likely to be depressed.

I think ideally, 14. Beginning of high school is a good age to aim for because there’s some other data suggesting that the links between, for example, social media use and unhappiness are the strongest for 8th graders versus 10th or especially 12th graders. By the time they’re at that age they’re better able to handle the demands of social media. And some of the mental health trends are the most pronounced for the youngest teens, as well.

NPR’s Isabel Dobrin in Digital News produced this story for the Web.

To me that is a terrible study.

Smartphone bad. That’s the only conclusion they draw.

Seriously if someone is spending 5 hours a day on their phone of course they are bored and depressed. The conclusion they draw is the smartphone causes this, when it could be the opposite (boredom and depression leading to excessive phone use).

The only societal pressure they explore is homework. That’s just weak.

The sentiment is good but that study is just weak.

Didn’t you hear the study that ‘money doesn’t mean happiness’?

That study seems to come out every time banks increase interest rates.

Two major Apple shareholders have taken the unusual step of warning the Cupertino company about the potential dangers of their most popular product.

In an open letter to Apple, published on Saturday, Barry Rosenstein and Anne Sheehan cited studies linking the use of iPhones and other devices to increased suicide rates among teens.

Writing on behalf of hedge fund Jana Partners and the California State Teachers’ Retirement System (CalSTRS)—who collectively own around $2 billion in Apple shares—the pair highlighted the need for more research into the impact of smartphone use among young people.

“More than 10 years after the iPhone’s release, it is a cliche to point out the ubiquity of Apple’s devices among children and teenagers, as well as the attendant growth in social media by this group,” the letter stated.

“What is less well known is that there is a growing body of evidence that, for at least some of the most frequent users, this may be having unintentional negative consequences,” it continued.

Studies they cited—reviewed in collaboration with researchers from Harvard Medical School, Boston Children’s Hospital and San Diego State University—included ones that found children using digital technologies are more prone to depression, suicide, being easily distracted and displaying a lack of empathy.

Read more: The human cost of Apple’s most expensive iPhone ever

According to research cited in the open letter, the average American teenager first receives a smartphone at the age of 10 and spends over 4.5 hours a day using it.

The letter is a precursor to a multi-billion dollar fund that Jana Partners hopes to raise in order to promote greater social responsibility of major corporations.

“There is also a growing societal unease about whether at least some people are getting too much of a good thing when it comes to technology, which at some point is likely to impact even Apple given the issues described above,” the letter said. “While you may already have started work on addressing the issues raised here, we would nonetheless appreciate the opportunity to discuss this matter further with the board to bring in a wider range of voices.”

Apple is yet to make any response to the letter and had not immediately responded to Newsweek’s request for comment.

Rubbish study. But probably close to correct conclusion. Evidence is pretty strong that increased social media usage is leading to anxiety and depression.

The Age (I know) published a brilliant piece around this time last year on the pressures on teen girls due to Instagram etc. it’s a long but fascinating read. 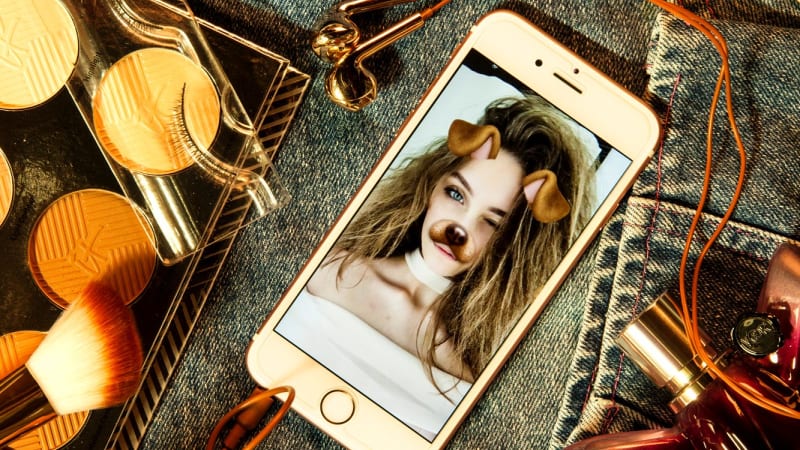 How social media has changed everything for teenage girls

Being a teenager is hard enough without navigating the whirlpools of Instagram and Snapchat. A group of girls reveals how the intricate online codes of selfies, emojis and likes actually work.

I didn’t read the study, but the link says “correlate”. I am guessing the study says “there’s a link, we don’t know causation - and good luck with working out causation from this sort of study anyway - but there’s a link , and we’ll report that”, and when it gets in the media a story about this being the first of 100s of studies that will be required to determine causality won’t cut it, (and perhaps the sub editors don’t even fully understand) and we end up here.

The reporting of study outcomes tends to be terrible. Hence we end up with “chocolate’s good” and “chocolate’s bad” studies being reported every 2 weeks. And the public’s distrust of the scientific process grows, leading to this distrust being able to be exploited by tobacco companies and climate haters the world over.

The future looks grim. In 10 years time I think it will be near impossible to have a conversation with someone under the age of 25. I can understand that phone use is one of the reasons for increased depression and anxiety. On the net you view the best of the best and we dream that it’s attainable, you can communicate in a way that hides your flaws. However factors for the increase in suicide, depression and anxiety are more than just phone use.

(boredom and depression leading to excessive phone use).

My kid isn’t old enough for a phone. He has plenty to do outside of activities we give him and isn’t depressed. In spare time though, given the choice, he’ll take screentime every time, preferably a game. It’s the lazy option. Instant gratification.

I need to read the full study, but my initial thoughts:

As correctly pointed out above, the temporality of the association could legitimately go either way. I’d assume this study is cross-sectional (all information collected at a single time point), meaning it cannot be ascertained from this study either.

Was there an adjustment/consideration for a factor like boredom, unemployment (given the age group, no part time job or similar)or lack of physical activity ? These could both be important factors in depression/suicide risk and create prolonged periods of phone use and may explain the observed association.

Of course an old fart posts this.

So iPhone is bad but android is okay?

You skip depression when flashing custom roms and go straight for the bridge.

Kids spend the same time doing homework and extracurricular stuff as they did in the ol’ days, but have added an additional 5 hours on the phone?

Alternate read: a reduction in TV or sleep time is damaging to your health.

The younger generation will never know the fear of calling a girl on her home number and her father answering.

Well yeah. Because owning a landline in this day and age is stupid. I let people that call you are telemarketing and scammers

Thanks for posting that interesting article @BLOODSTAINED_DEVILS. My teenage son has had a bit of a relevation recently; he broke his phone and eventually realised that he felt better without it. I don’t want to go into too many details but suffice to say that his mental health has improved dramatically.

There’s actually a bit of research that talks about the importance of individuals developing an ability to respond to another persons facial cues/body language etc that comes with consistent face to face communication - a lot of our social learning is subconscious and we aren’t even aware of it.

Texting/messaging as a primary form of communication changes that dramatically and decreases the development of some of these basic skills. Even FaceTime through a screen doesn’t quite provide that “live” 3D experience we have had previously.

Clearly technology will keep advancing and probably try to accommodate for some of these deficits over time but it will always have its limitations I think.

As always balance is the key.

Anyone catch this doco on SBS last night?

Smartphones: The Dark Side Every parent should make sure their kids watch it I reckon, and for that matter, … probably a lot of Adults too.

Once a year at least while Teens … maybe even every 6 months.,

Senior Silicon Valley insiders blow the whistle on how social media apps are being deliberately designed to addict billions of users to their phones. Founding members of Facebook talk about how the ‘addiction code’ works to compel users to keep swiping, clicking, and scrolling in the same way that gamblers push buttons on slot machines.

This isn’t new, is it?
Some apps are literally slots.
I never got into bubble witch and so on, but I did have a ‘wtf am I doing here’ moment with words with friends.
Mrs Wim did candy crush but stopped pretty much immediately after seeing a similar story.

Anyway, check on your kids. Often.