Missed almost the entire season with a foot injury but before then was a very highly rated prospect. Was an AIS Academy member and slipped out of all calculations until, he lead the Allies in the Grand Final curtain raiser to a win vs the Current Academy Team, Literally took the game away from them, catapulting him straight back into the spotlight. Nakia is an inside mid with outside speed who has an AFL ready frame. Beautifully balanced and able to dispose of the ball both sides of his body with acceleration from the stoppage makes him a tantalizing prospect. Nephew of Che has a link to the Bombers. He has an element of David Zaharakis to his game.
Jarrod Pickett
178cm 75kgs, Midfield, WA WA was blessed with quality indigenous talent all over the park, and J.Pick is my favorite of this, mainly because he plays like Michael Long when he is allowed to run free on the wing, yet with a greater penchant to have a shot at goal when he is within range. This being said for me the highlight of his game is his ability to deliver the ball inside 50 with to advantage with precision, at pace. He is already elite at this. With teams in the AFL having designated kickers from clearances, you would be hard pressed to find a better player in this entire draft pool than Pickett, just has great vision and can lower his eyes when everyone raises them, and raise them when everyone else lowers theirs. Just a great player and and chance to fall to our first pick, and If that happens and we don‘t get this kid, I will punch Merv Keane in the face. Clem plays more like a Pickett than Pickett doesâ€¦.? Yep. Able to play anywhere on the ground, loves contact, good speed. He is an old school footballer. Just plays the game on its merits, if the ball is in his area, he just rans straight lines at it, and if people are in the way, bad luck for them. The key difference is when he gets it, his agility to find space and clear is fantastic. You you know whats great about Clem. He just has a crack in every possible contest, in a manner that defies his frame. He will happily launch into a contested marking situation just as much as he will run through a pack to snap a goal. He seems to play well in structure but has that inherent ability to just suddenly turn a rolling maul into a game of footy for a split second. It‘s really strange to see in today‘s age. It‘s like, everyone has spread into a zone, and a ball comes in, then all of a sudden he breaks his area, runs onto the footy, bouncing off 3 confused robots, and snap across his body, when you could kinda tell he had more time if he could be arsed, the ball sails through for a goal, and everyone is like, WFT just happened? That guy, just played him some footy, that‘s what. BOOM!, that‘s right, you read right, Adam, Tipungbloodywutilishious. Unsurprisingly, I love this kid. You are all like, hang on, Ben just saw the surname and chucked him in the list to mess with heads. Not true. Here is what you need to know about Adam. He goes by the name Jabber, he won the NTFL rising star award last year, played 13 games and was 9 times in the best. Like Anthony, not afraid to travel to achieve his dream, but didn‘t come down to Victoria, opting for boarding school in Queensland. He actually played under 16‘s for the QLD state side. What is he like, he is an unapologetic small forward. See ball, get ball, kick goal. With speed, in all sorts of freaky ways. Like Anthony again, he gest played off half back in spurts for some reason but at AFL level he will be a small forward, and a ******* cracking one. He silkiest of the WA boys, just glides across the park, one of those blokes who I am keen to see his combine test results for speed because he seems to only be going at half place despite flying away from his opponent. He just weaves through traffic with excellent balance, making everyone around him look like a clumsy fool. He is good at hitting targets over that 25-30 meter range but has a tendency to miss them over further distance, hence why I rate Pickett as the better prospect of the two. Different players though.
Shaq McKenzie
180cm 83kg Midfield, NT, St Marys, by way of East Perth WA Explosive wingman who was on the radar 2 years ago but was overshadowed by a few more brighter names in the 2012 WA team. Rolo loved him so I decided to keep following him, played ok in the WAFL last year but moved up to the NT to become St Marys best player as well as a staple of the NT Thunder team in the NEAFL. Winning a rising star NOD and becoming an absolute VACUME for the pill, sketchy reports are he closed the season with 8 consecutive 30 plus possession games. He wasn‘t ready 2 years ago, but I really think he is ready now.

Anthony Wilson
179cms 74kgs, Norwood SA UTILITY.
Acemans boy. SPEEEEEEEEEEEEEEEEEEEEEEEEEEED, he is like lightening that has been struck by lightening to give it a kick up the ■■■■, superb on both sides and loves a goal. His speed saw him move from the half back line to the forward line this year, was in and out at the start of the SANFL season but cemented a spot late in the year and was a big part of why Norwood went on the 3-peat. Originally from Port Adelaide went to Norwood for opportunity and it looks to have paid off with a few AFL teams showing interest.
http://youtu.be/C0f9UIzk0Ak

all you need to know really, but Im sure Aceman will contribute more.

This is a really tough one, he has appeared in my list before, but he is playing such good footy now he really should be getting some serious consideration, he was best afield and collected 31 possessions in a losing side for NT Thunder against Sydney Swans reserves in the NEAFL grand final. He has had a great season and will probably take out the Thunders best and fairest. Very clean wingman/half back, good speed and the prototypical rebounding half back at AFL level. Made the NEAFL rep side and was best on ground in their game against the WAFL rep side. There is a caveat. Ben after recovering from an illness a few year ago that nearly crippled him has had numerous concussions in the last 2 years, which will almost certainly warn most recruiters off.
Callum Collard
170cms 71gs, Perth WAFL, FWD
He is the real deal small forward. You know that small forward we have wanted since Darren Bewick, kind like what Cory Del‘olio would be if he was quick. 60 tackles in 16 games with over half of the resulting in frees for, means, this kid applies forward pressure, couple that with 2.2 goals a game at WAFL level. He is definitely something we don‘t have. Very small though, Trav Colyer could give him ****. Westaussiebomber is a fan and so am I. The guy just kicks goals in bags.
Shane Yarran
188cms 80kgs, Subiaco, WA FWD
http://youtu.be/LGlgfm0321g
To me this is the most underrated bloke in the WAFL. He is also a perfect example of people not noticing the bloke who actually wins you games of football. Case in point was the WAFL Preliminary final where Subi had the game in the balance, and this bloke explodes with 3 goals in the term to put Subi into the grand final. Finished with 4 for the game and didn‘t get named in the best?????!!. Is part of the Subis program that brings guys down from the bush, he is fram Mandura and it was his first season in the WAFL. Plays like somewhere between Michael O‘Lauchlan and Nathan Lovett-Murray.

Good to see Shane Yarran has picked up where he left off last season kicking two bags of 5 to start the year. Surely he'll be looked at closely if he can continue this way.

he was very good in the all stars game vs West Coast, made a few people think

Good to see Shane Yarran has picked up where he left off last season kicking two bags of 5 to start the year. Surely he’ll be looked at closely if he can continue this way.

Why would you do this to me?

Excitement peaked then theres nothing in here!

Looking forward to it Ben. Need something to provide a spark of hope.

had a ripper game this morning

Wish I could have seen it.  Have heard him talked up for a couple of yrs now but never seen him play.  And he's a real AFL size too, unlike a lot of the NT boys.


I'm the same way Hugh Goddard was seen training with us

I've heard they both have severe cases of OP. Would be a huge risk on draft day.

Got to be TIPPA, has been around the club this year, a known quantity and done everything he can. Worth a rookie spot. Surely? 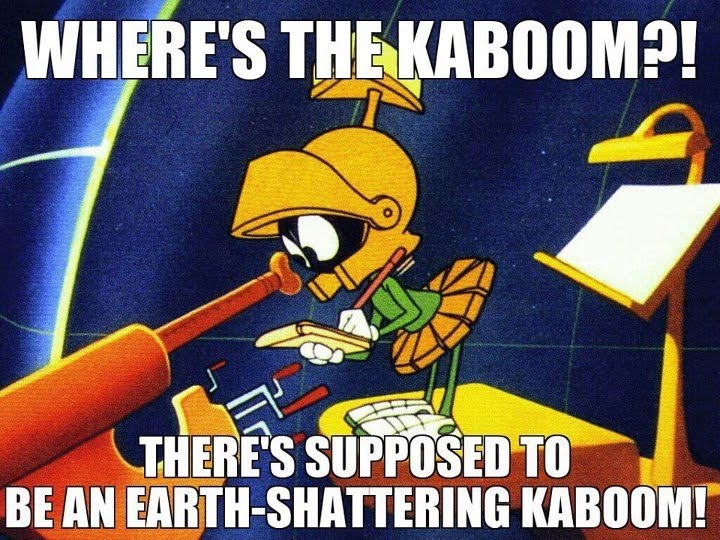