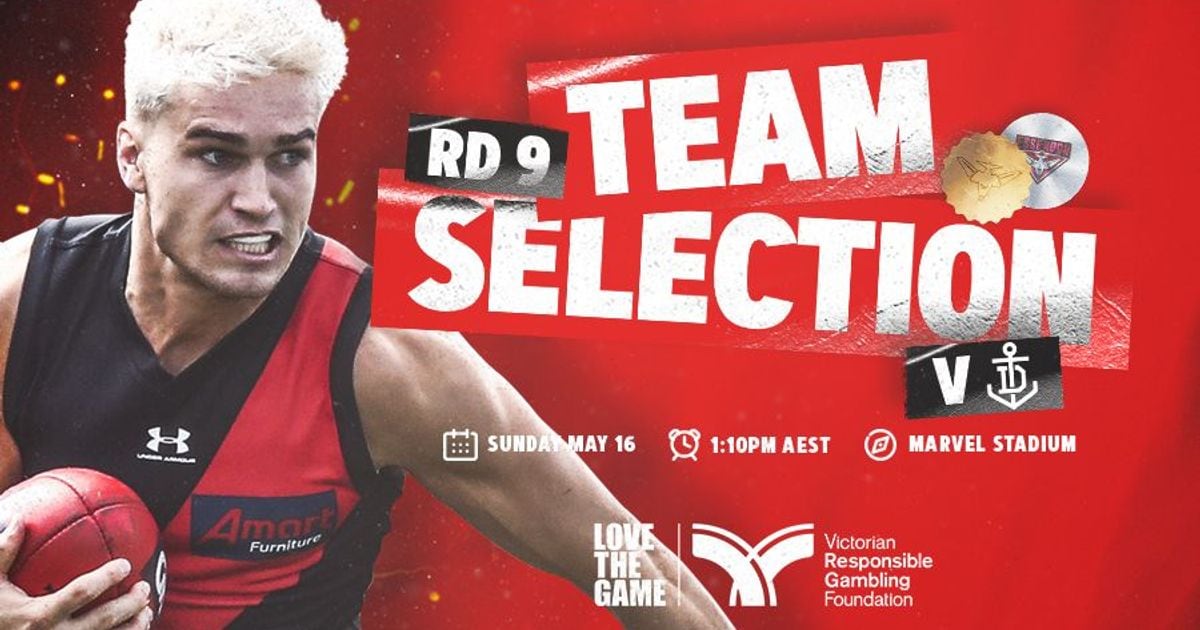 See the Bombers' line-up for Sunday's clash with the Dockers.

I think managing Cox is a good idea.

There has been a really nice reliability for our team selections this year.

All the decisions seem fairly logical.

Nice feeling. Sad we won’t get to see Cox playing tomorrow, but glad he’s getting the rest.

I think managing Cox is a good idea.

It’s a dirty business, but plenty of cash to be made.

Clearly Cox was a tad limp during the week so they will rest him up, and re-erect him next week, where he is hopefully harder, stronger and ready.

No surprises. Perkins turn for a rest next week.

Cox sometimes need to be handled with care.

Pulling cox is a great idea, looking a little sore

Surely Guelfi won’t be sub in his 50th game…

the sub comes from the emergencies

Good selections. Sensible outs and ins. Waterman will no doubt get another crack in the AFL side and reckon another 1-2 year deal beckons for him. Hopefully we get up and smash the purple coloured flogs!

Guelfi deserves a crack at senior level after that effort last week. Hopefully he can make the same mark over a full game

Who is the sub from the EM? Everyone but Cox named in VFL team… If you want to give him a rest, why have a position where he could come on for an injury in the first five mintues?

because we don’t have to activate the medical sub until we want?

because we don’t have to activate the medical sub until we want?

It’s a hypothetical - but if we weren’t going to activate him for an injury, as you suggest, why have him as a medical sub?

I’m not saying he will be the sub. However, the fact that he’s the only non VFL named EM, and he’s versatile would point to him being sub. Anyway, hopefully it won’t matter either way.