Going to kick this off. Went down with Mr 2 Yrs Old this morning more as an indoctrination thing than a full on training watch.

And here’s some areas for improvement:

Overall, not sure what I’m setting the boy up for, but it’s good progress towards a lifetime of supporting EFC. Cafe could spend like $50 to get a couple of high chairs.

The minimalist ones are much cheaper than that!

We seem to have an issue supplying chairs of any kind at the Hanger.

Chairs are for winners. When we start winning some finals we can sit down.

………was there any actual training and if so, what did they DO??? 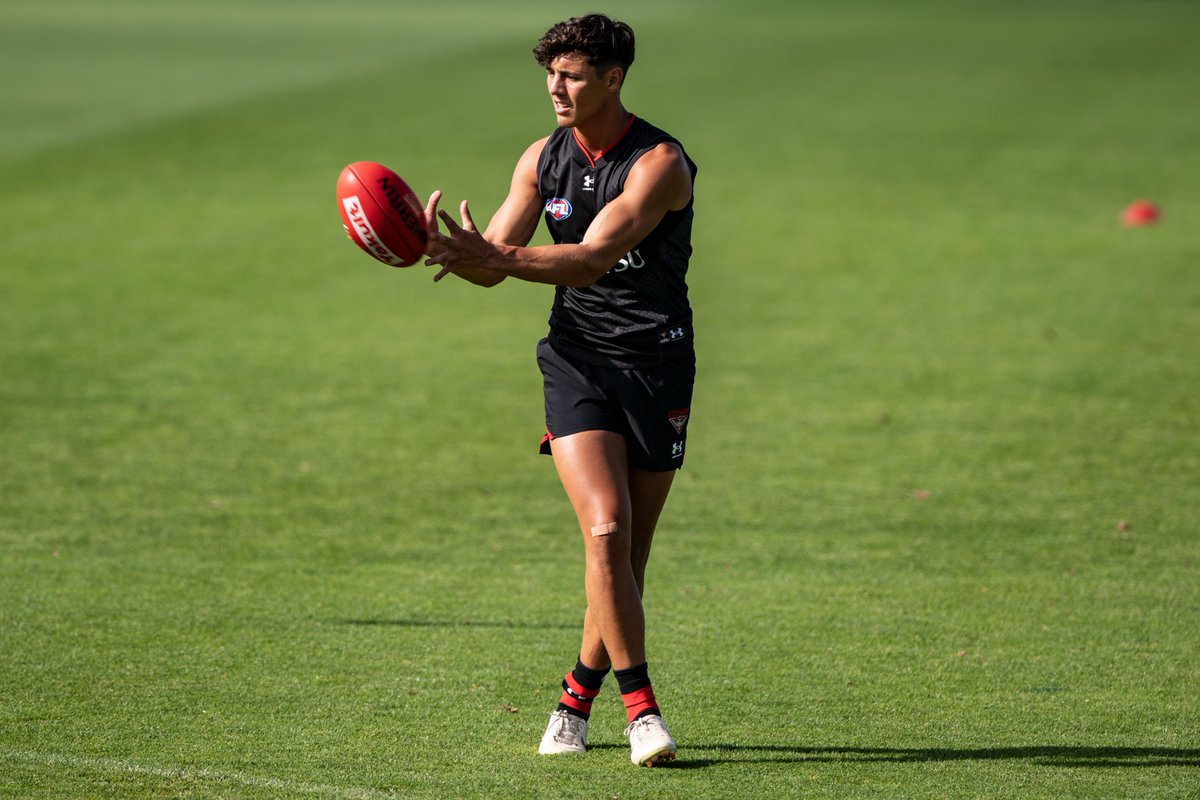 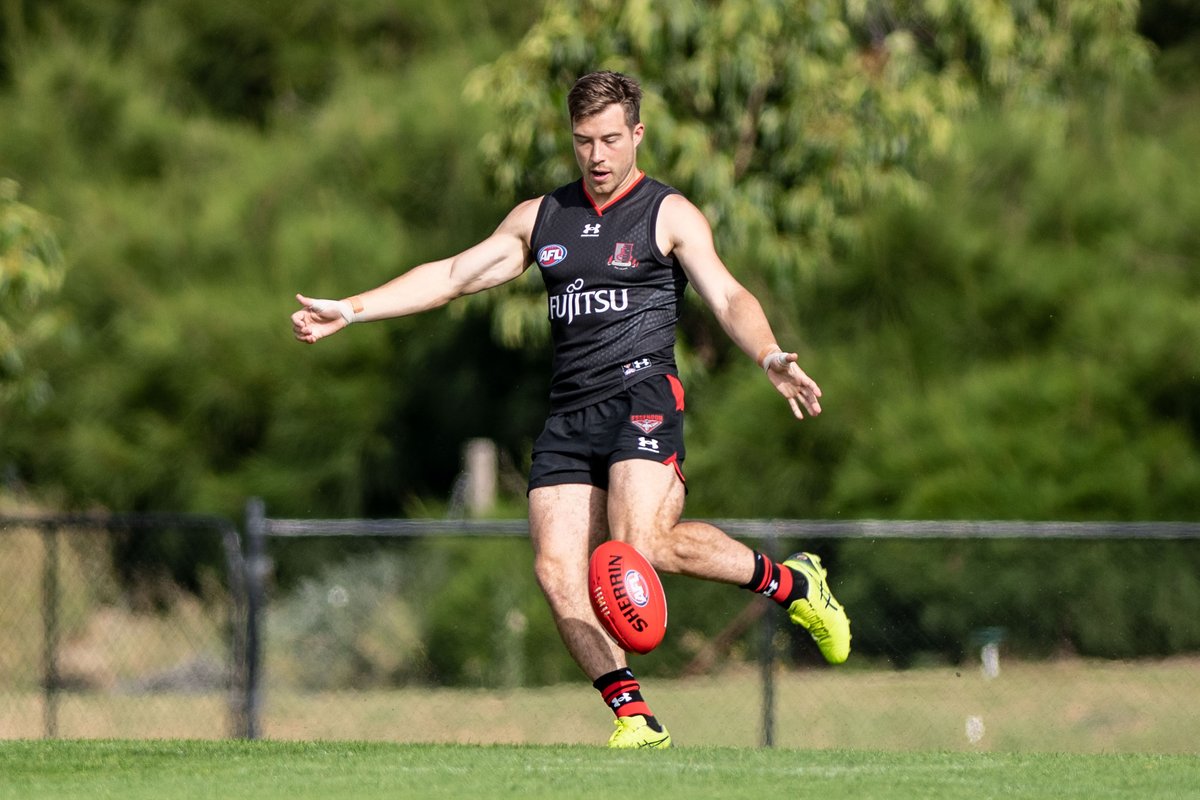 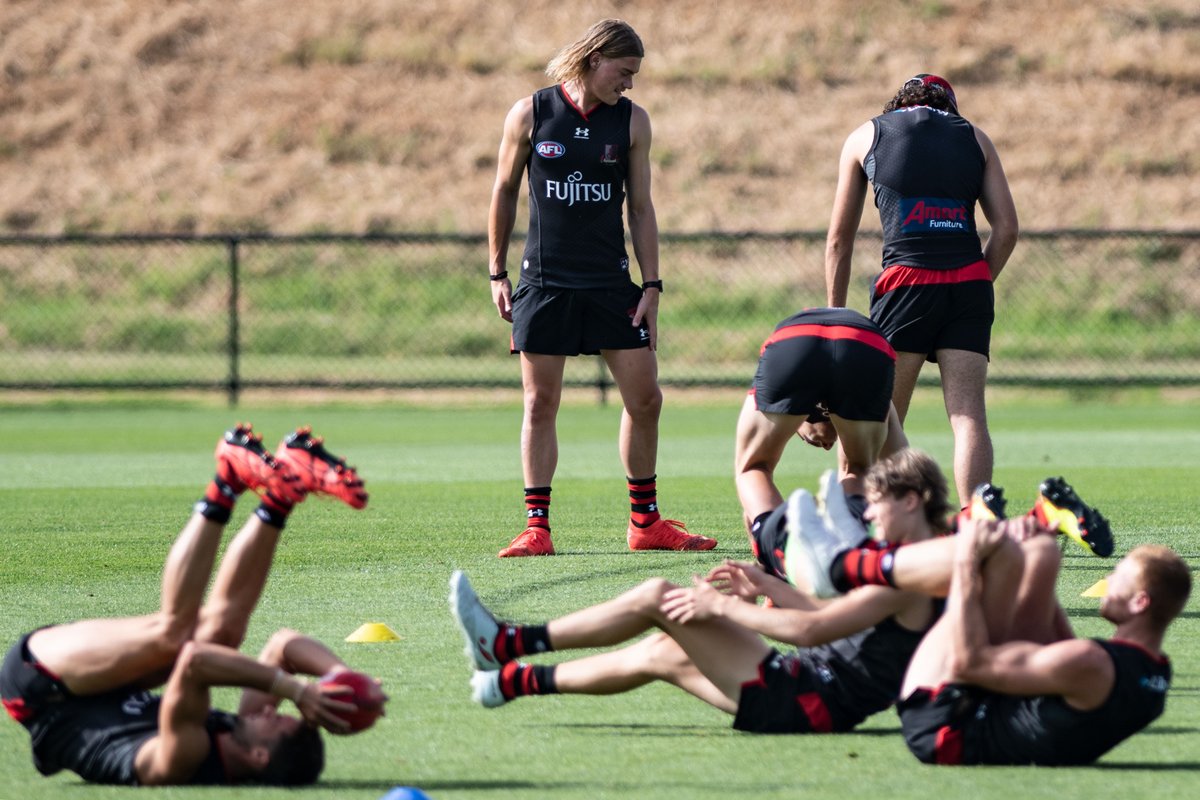 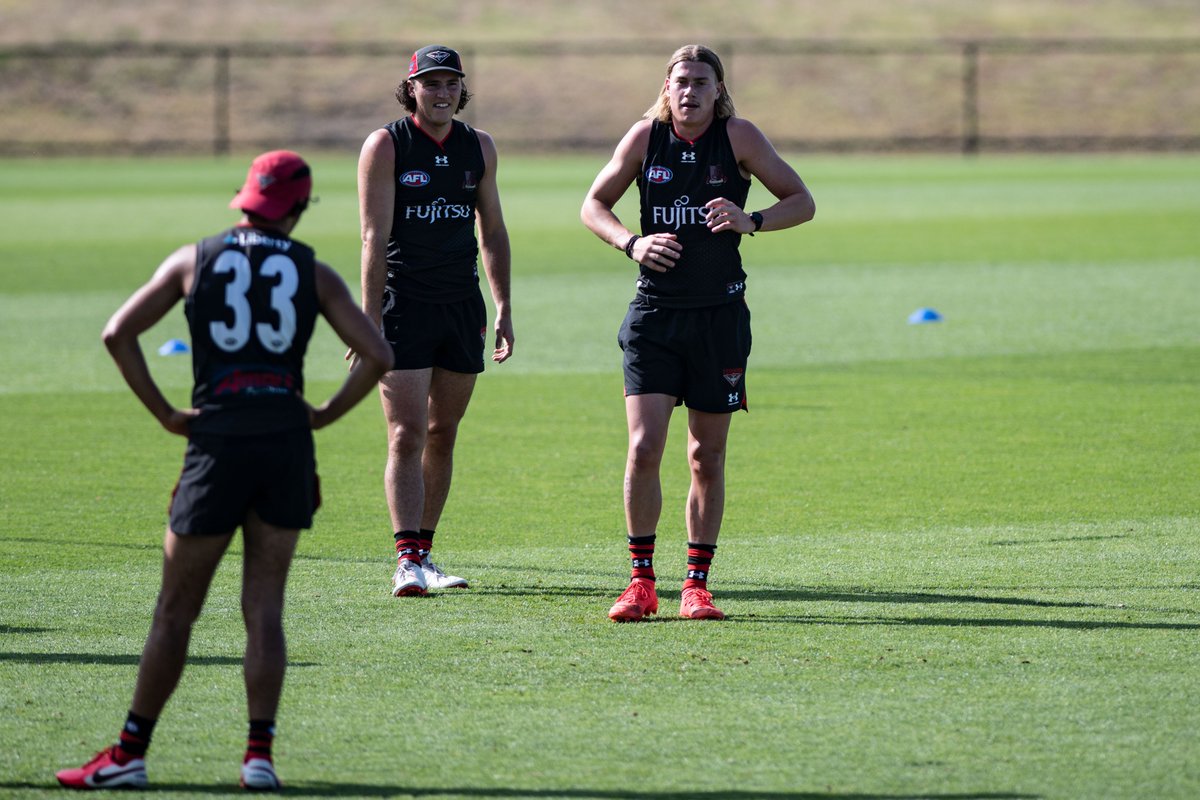 Overall, not sure what I’m setting the boy up for, but it’s good progress towards a lifetime of supporting EFC.

Why do you hate your son? 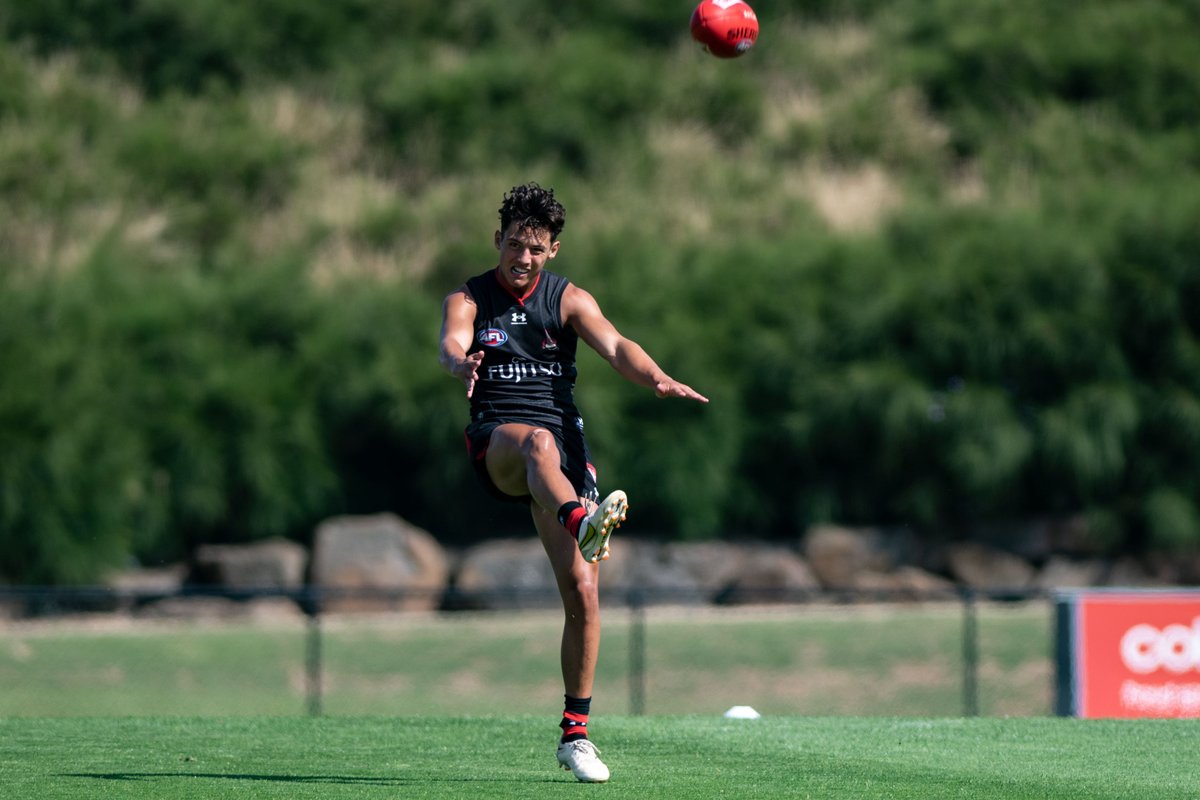 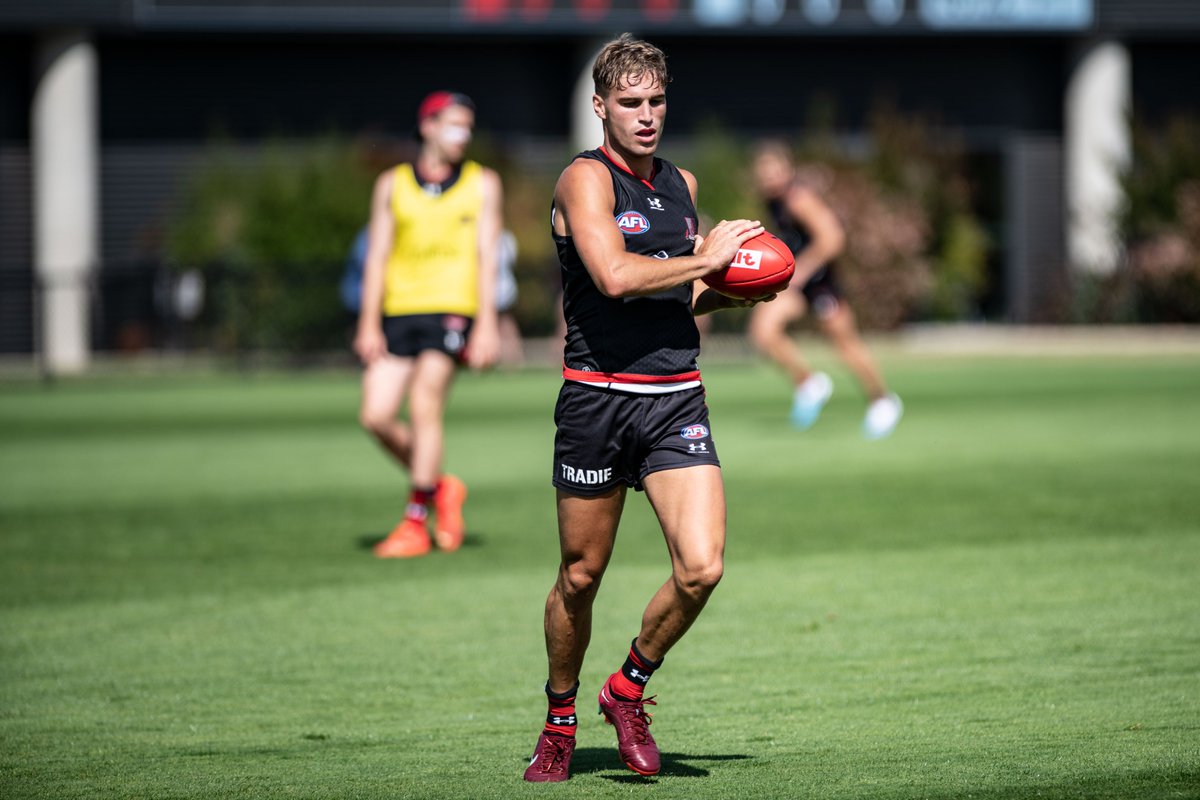 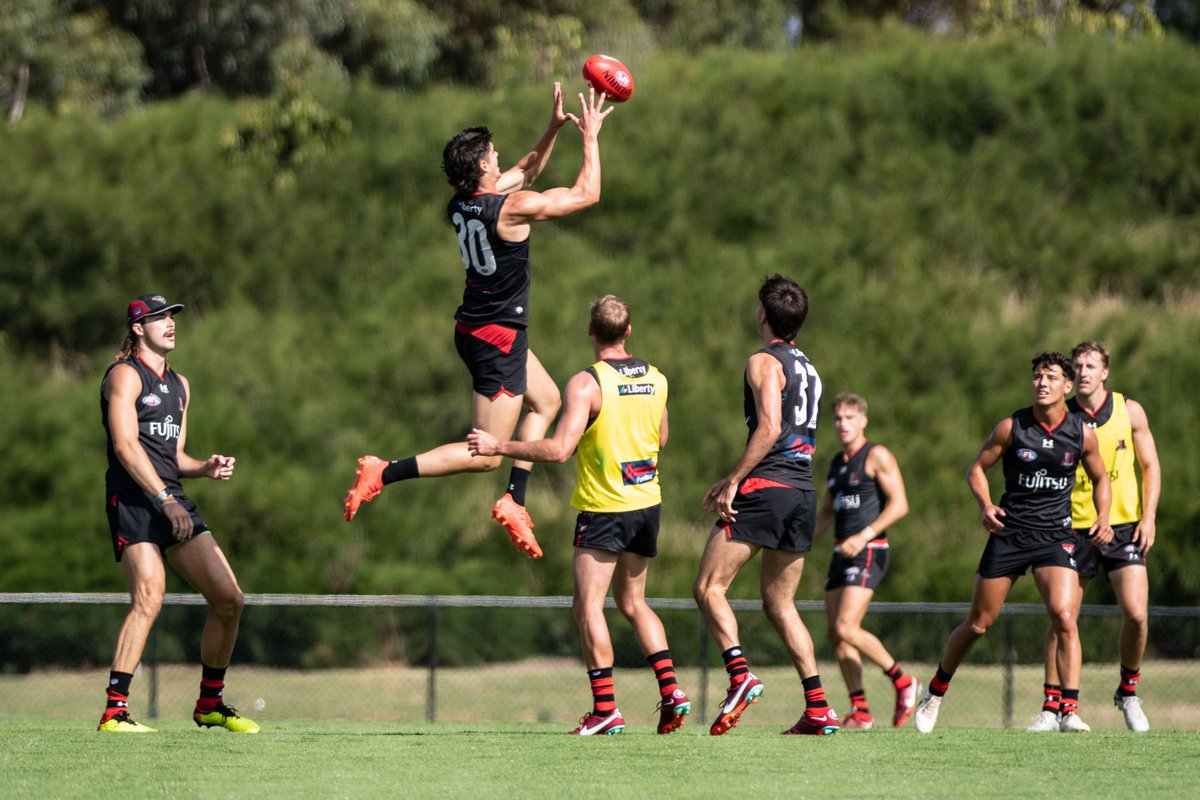 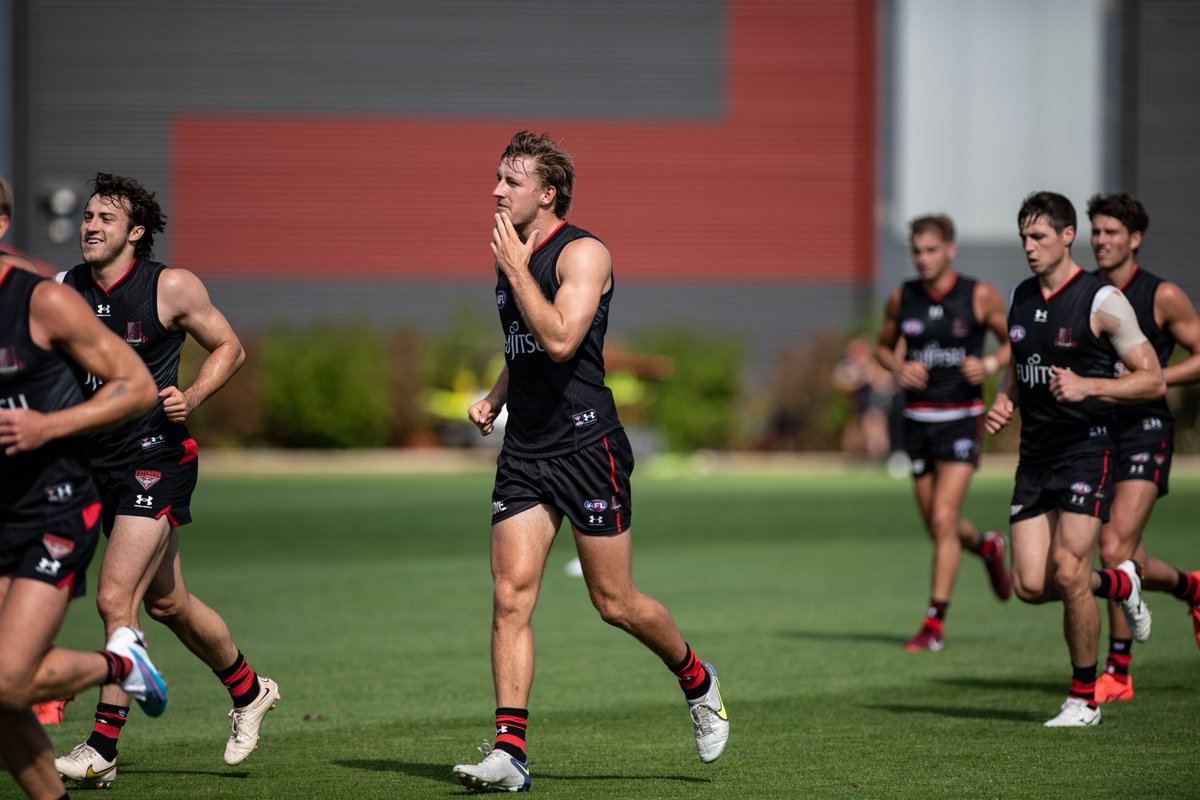 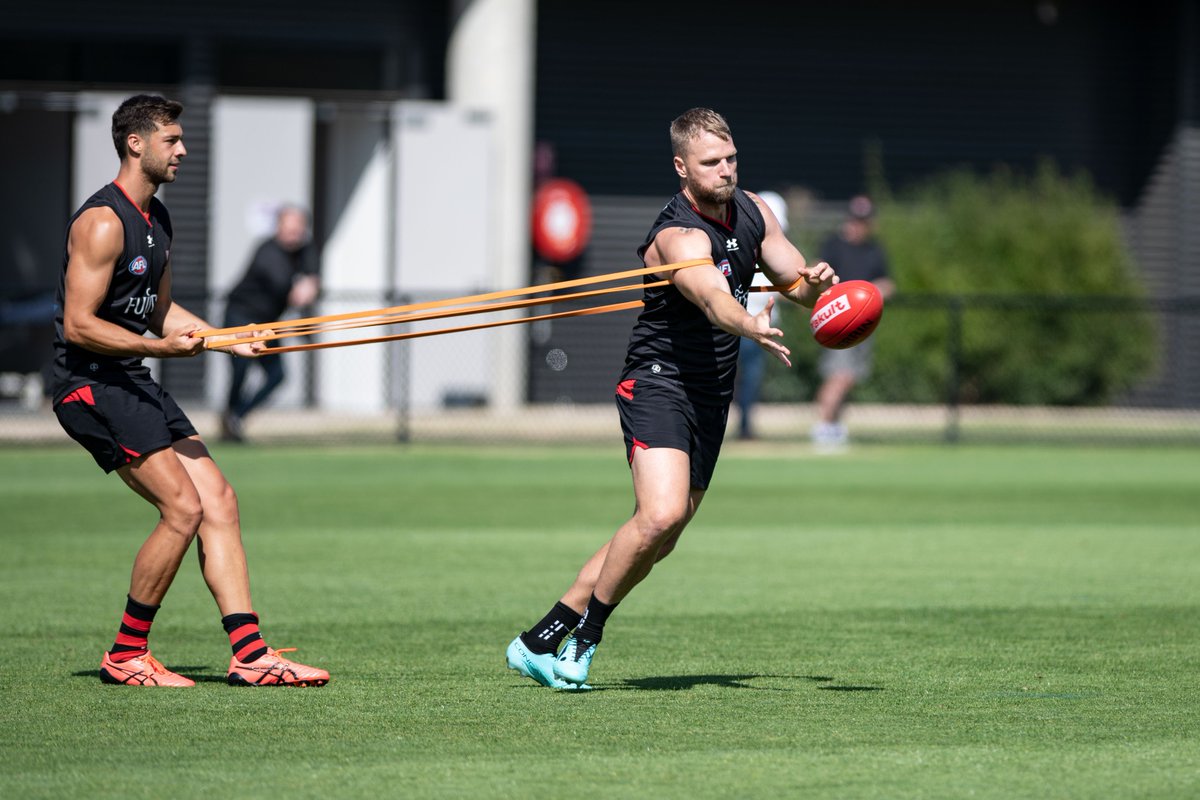 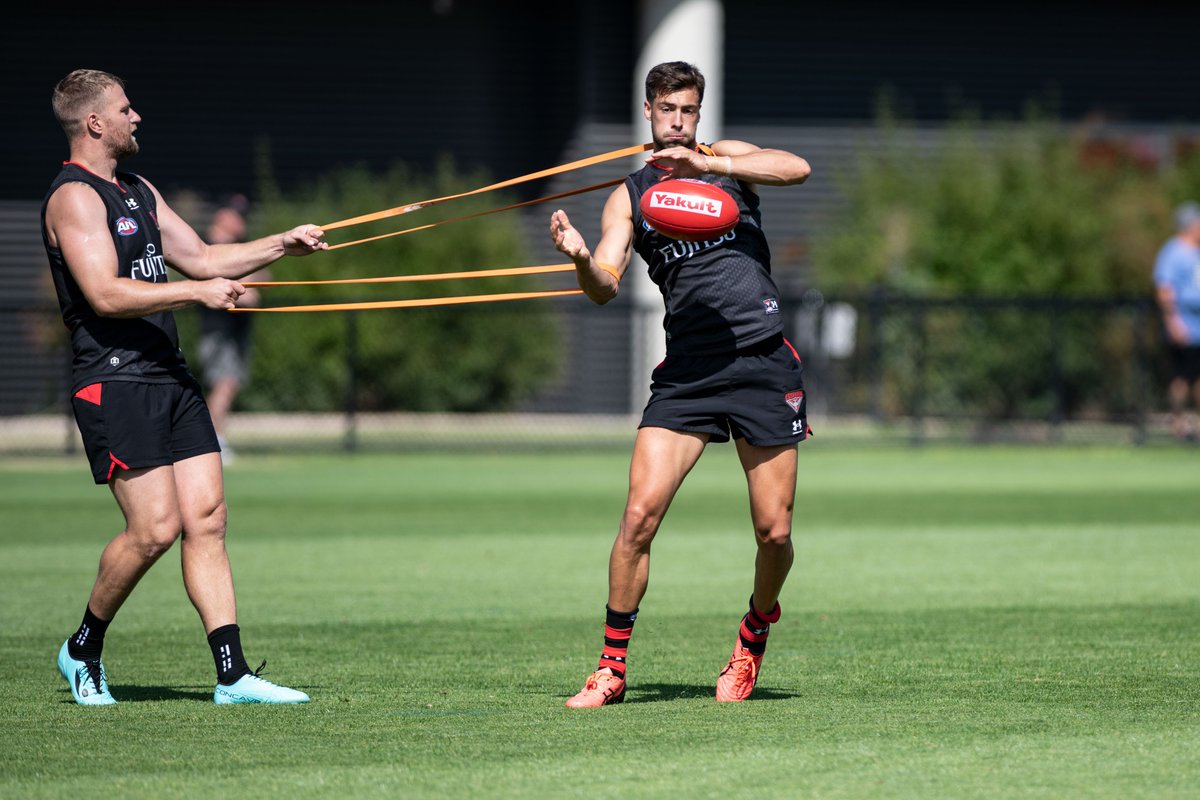 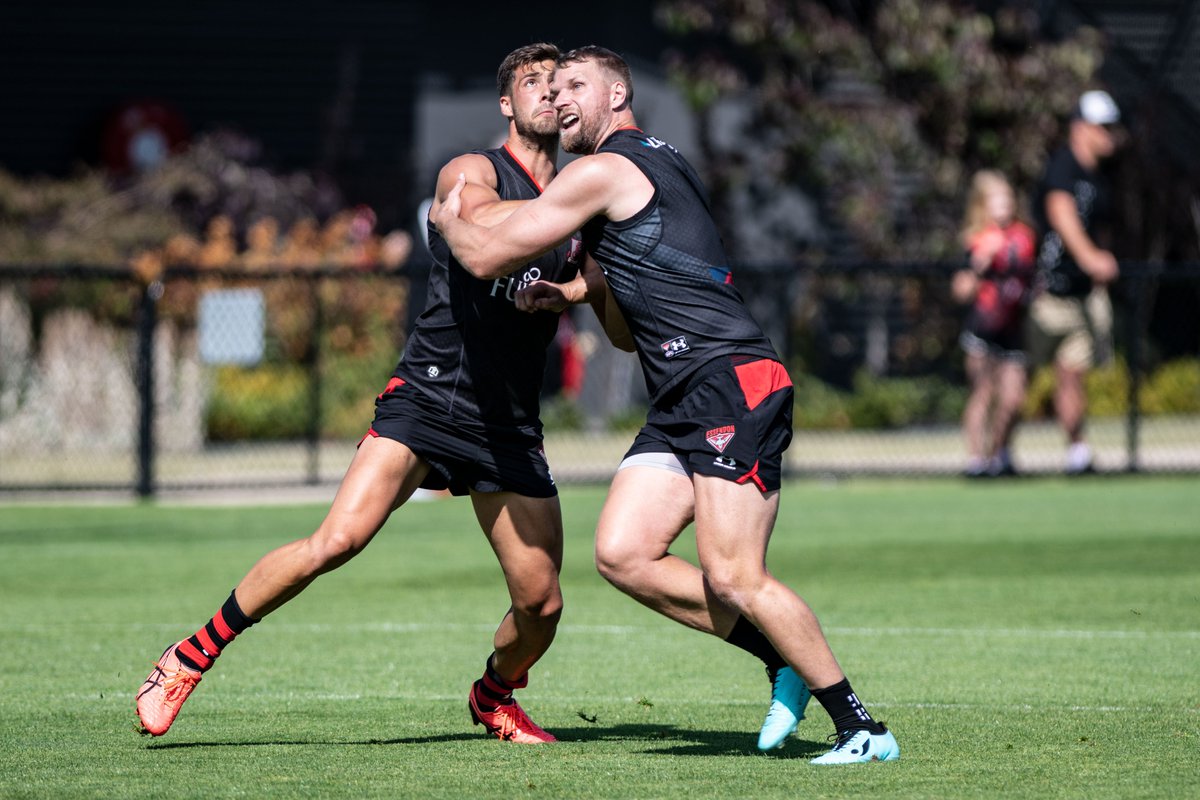 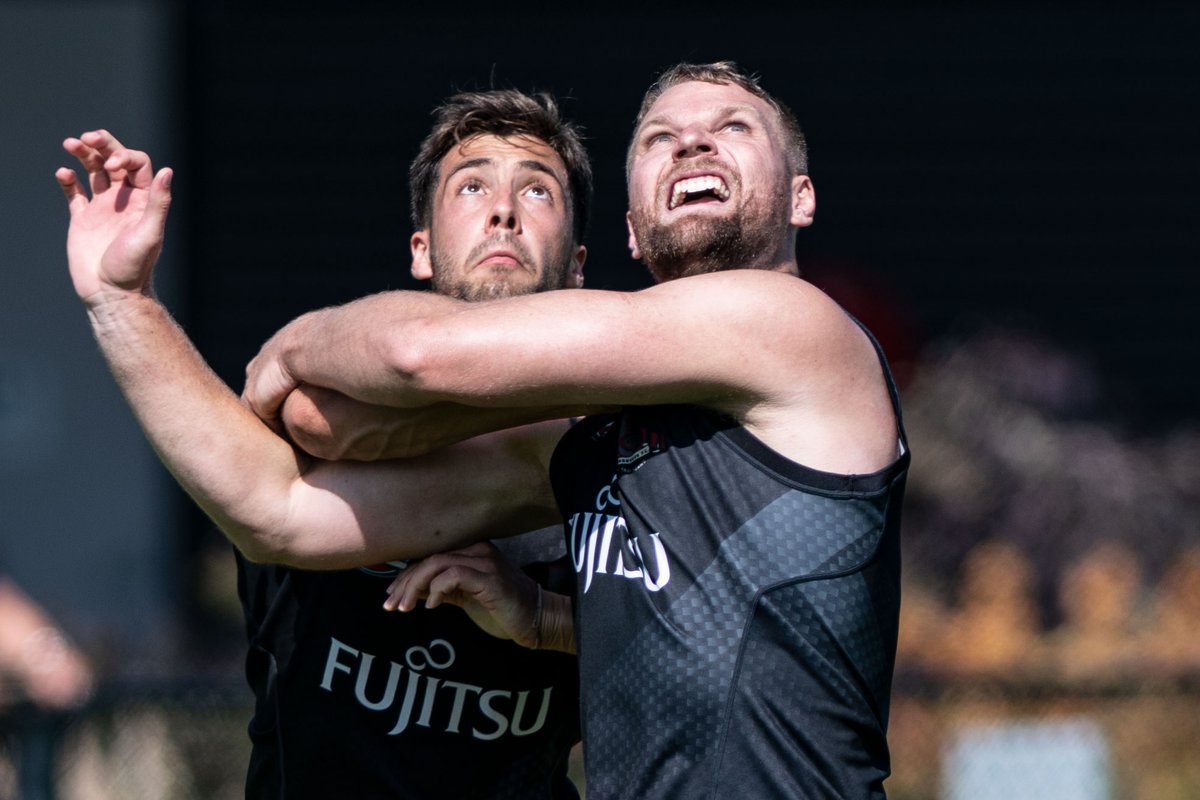 Not one high chair in any of those photos

Thanks for the pictures. Much appreciated.

Who’s the unit behind Reid?

Why isn’t Redman on Stringer…

Stringer looks to be in pretty good shape IMO.

I went.
There aren’t too many photos. My camera had a flat battery by around an hour into the session.

Todays training was different to last Wednesday. Last week, it was more targeted towards smaller groups. Todays was on midfield forwards and defenders as a larger group.

They seem to be using both ovals more than what I’ve read from training in the past.

I mainly focussed on who was doing the talking and guidance outside of the coaches.

As above, no Tippa, Hind had strapping around his thigh.

My thoughts…
Stinger. He’s well driven and naturally angry. So I can see why he got into the scuffle with Redman. He’s also the first to go nuts when he makes a mistake and he also calls out others when needed. There were drills where the midfield had to deliver into the forward line and he called out Perkins for kicking to the pocket instead of the top of the square. It was completely fair too.
Merrett. When teams get into a huddle, he sits out the back. From the naked eye, it seems he isn’t engaging with the group, but he did pick a moment to voice what needed to be done by the midfield. It was more related to how the midfield delivers into the forward line.
Laverde. He’s incredibly vocal. And I think he does it differently to the rest of the backline players. He encourages others to be more vocal. To tell the other players when they are there to help. I was actually impressed with the way he goes about it.
Kelly. If people are leaving him out of our best 22, then I think they’ll be disappointed. From what I could tell, the backline is pretty settled. It’s Ridley, Laverde, McGrath, Redman, Kelly and Zerk. Unfortunately, Mass seems well down the line. He was training with the extras and VFL type level players. Kelly is more vocal than I thought. Whether on the sideline or in the drill, he’s consistently telling players help out against the tall forward.
That’s actually what I took away from today. There were 5v5 forward setups (a few times it was 6v6) with a loose man at times trying to help out against the tall forward. The loose man varied. Sometimes it was Brett Montgomerie, other times it was Redman.
2MP. He is pretty vocal. On the field, in a huddle and on the sidelines. In one he was imploring the forwards to spread out because the way they were lining up wouldn’t be happening during a footy game. The forwards at the time where pretty much in a line from the point of the centre square perpendicular to 30m from goal whilst the footy was on the wing.

A few other observations…
In some of the midfield to forward drills, it’s hard to tell at times if the attackers have been sloppy or the defence is working better to force the error.

As noted above, the backline seems focussed on a sort of ‘help defence’. Regardless of whether you are the loose man or have a direct opponent, you have to help out against the tall forward. I think this has basis, especially given we’re undersized back there.

I found it odd that defenders wouldn’t back themselves in. McG could have taken a mark when he was helping out and instead went for the punch and completely missed it. From what I could tell no one pulled him up on it, but I think he knew he screwed up.
There was another player who did the same thing. It might have been Montgomerie.

The reason why certain players keep getting highlighted at training is because when they do the drills, it’s always the same ones who find themselves in the right spot.
From the midfield, Merrett and Shiel always provide the run and the option. Martin and Heppell also do the same in the forward line. They just find themselves in the right spot at the right time. In one drill when the midfield finally kicked to the square (as Stringer wanted), Martin roved off the pack perfectly and kicked a goal. It was almost like the play was set specifically for him.

There was a lot of goal kicking practise today. In various situation. Majority on the run, in the pockets (think of a forward pocket throw in after the tap, player bends down, picks up the ball and snaps for goal. There was a bar for the player to get under whilst picking up the ball. Drapes handled it well, but Phillips couldn’t do it (and rightly so).

I think that’s about it.
I’ll posts whatever photos I took later on.

From the brief bits that I saw Martin was absolutely everywhere.

A couple of photos… Thank you so much to everyone who contributes to these reports and takes photos. I love it, well done

Can see why Harley Reid dominates 17 year olds, he’d monster most of our senior midfielders.