Who’s Maureen O’hara, I can hear the younger Blitzers snidely asking. Only the third most beautiful woman to grace the silver screen, I reply.
I don’t really blame young uns for not knowing her, I admit that when I read of her death this morning that my initial response was, I thought she’d died years ago. But spookily I was talking about her only recently in one of those “name the 4 most beautiful actresses in cinema history” debates that people my age tend to go in for. I based my decision on particular performances, rather than careers, where character and context were key factors, although pure beauty was undoubtedly the clincher. I had Maureen (Has there ever been another famous actress called Maureen?) in third place for her take on Esmeralda opposite Quasimodo in what is possibly my favorite movie of all time, Charles Laughton’s “The Hunchback of Notre Dame", even though it sanitises the original Victor Hugo story where Esmeralda actually hangs. She was the first cinematic starlet I can remember seriously lusting after. I’m happy to report, after careful reviewing, that her beauty wasn’t just an adolescent fantasy, she truly was ravishing.
I think this is my favorite scene in all movies. 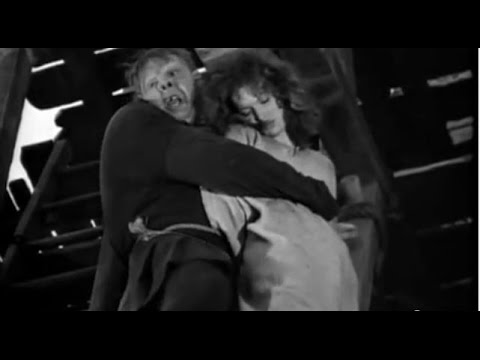 RIP Maureen…a fiery colleen in The Quiet Man. If only the Japs had had her on Iwo Jima, the Duke would have met his match.

But if we are picking beauty from back in the day, my number one, and still one of the most beautiful women I have ever seen, would have to be Yvonne De Carlo. To my eyes, just stunning. blockquote>

Reboot, I was just discussing your post at the dinner table with my better half, who was part of the original “4 best looking women in movies ever” debate and is a vintage fashion buff with a particular interest in the 30s to the 50s, and I mentioned your choice of Yvonne De Carlo and her instantaneous 2 word response was “Mrs Munster”. And sure enough. She told me she was in her mid 40s at the time AND still impressive.

She then told me that her vote would go to the 30s and 40s actress, Hedy Lemarr. I just looked her up and Holy Canoli! And before stick insects and massive arses

And yep, Yvonne was Lilly Munster.

And Hedy Lamarr was instrumental in electronic inventions that became Bluetooth.

And Hedy Lamarr was instrumental in electronic inventions that became Bluetooth.

And my personal favourite would be Ingrid Bergman, with Catherine Deneuve a close second, or maybe Grace Kelly, or maybe Juliette Binoche…

The fact that Jane Fonda hasn’t been mentioned before now suggests all you people are weirdos.

l was stunned by Ingrod Bergman, Joan Collins, Elizabeth Taylor, Gina Lollabrgida and Shirley Eaton.
Maureen O’Hara as Esmeralda was simply stunning, and that remains my favorite telling of the Hunchback story.

You are all swimming in the shallow end of the pool

Yep … Audrey rates a mention, as does Veronica

Some very tasty wenches in this thread.