Casey lost to Footscray 40-28, but they kicked a very late point to beat us by 0.009% on the ladder and claim the home final 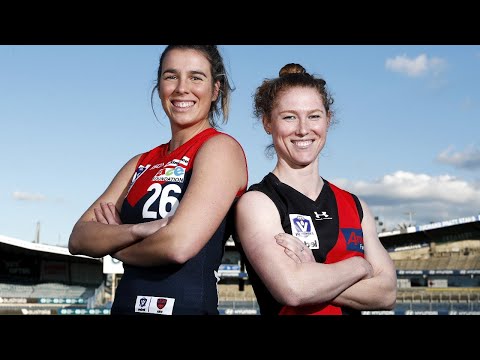 Let’s take a quick look at the changes to our team since we played and beat Casey @ Casey in round two. I’ve roughly ordered them like-for-like (it breaks down for the last two!)

Despite giving her the harshest mark above, I can believe Prespakis could blow a final apart.

Let’s hope for a still(ish) day next weekend. Casey is a terrible place on a windy day (and on a non windy day, it is still very windy).

I’ve only been twice and wind was non existent!

Very likely Port-Saints will be on the Sunday (they both played today), and the other two finals will be on Saturday (they all played yesterday).

So do we have to go back in time to watch this final?

This is scheduled to be the 25th EFC game for both Georgia Nanscawen and Cecilia Mcintosh.

(As always, note that as the top ten is chosen by total not average, it likely excludes late-arriving AFLW players.)

Disposals
Nanscawen is 3rd in the league for the H&A season. Right behind her is Casey’s Eliza West.

Goals
Casey’s Imogen Clifford is 2nd, Clifford 4th, and Frew holds onto 10th despite being absent the last 5 games.

Tackles
The Honey Badger moves up to 3rd. In the mud Barba jumped 3 spots to 7th.

Hit-outs
Nalder moves up to 4th.

(On hitouts, you may recall we lost the hit-outs 4-52 in round two due to us not playing an actual ruck… and it didn’t much matter. I note that AFLW-listed Caris and ex-Bomber Winbanks, who were playing in that game, did not play this weekend and that Casey have been destroyed in hitouts the last four games. The decently-rated 18yo 186cm Grace Matser from Gippsland Power was their primary ruck this week.)

Sooooo… Eliza West? Is an inside mid/small forward who switched from basketball and was recently rewarded by being signed as a Rookie for Melbourne AFLW. Article from this week below: From basketball to now AFLW rookie, Eliza can do it all

Eliza West has been a pivotal part of the Casey Demons fabric this season, earning a rookie contract at Melbourne

The goal-kicking 179cm Imogen (not to be confused with the other Imogen who is first for goals this year) has received an AFLW Draft Combine invite.

We’ll cover some of their standout AFLW players on Friday once they name their actual team.

We have our hands on the premiership cup already!

@lucywato_
The captains ahead of the @VFL Finals kicking off this week headlined by the undefeated Collingwood taking on the Cats #VFLW https://t.co/cMta31sEZG 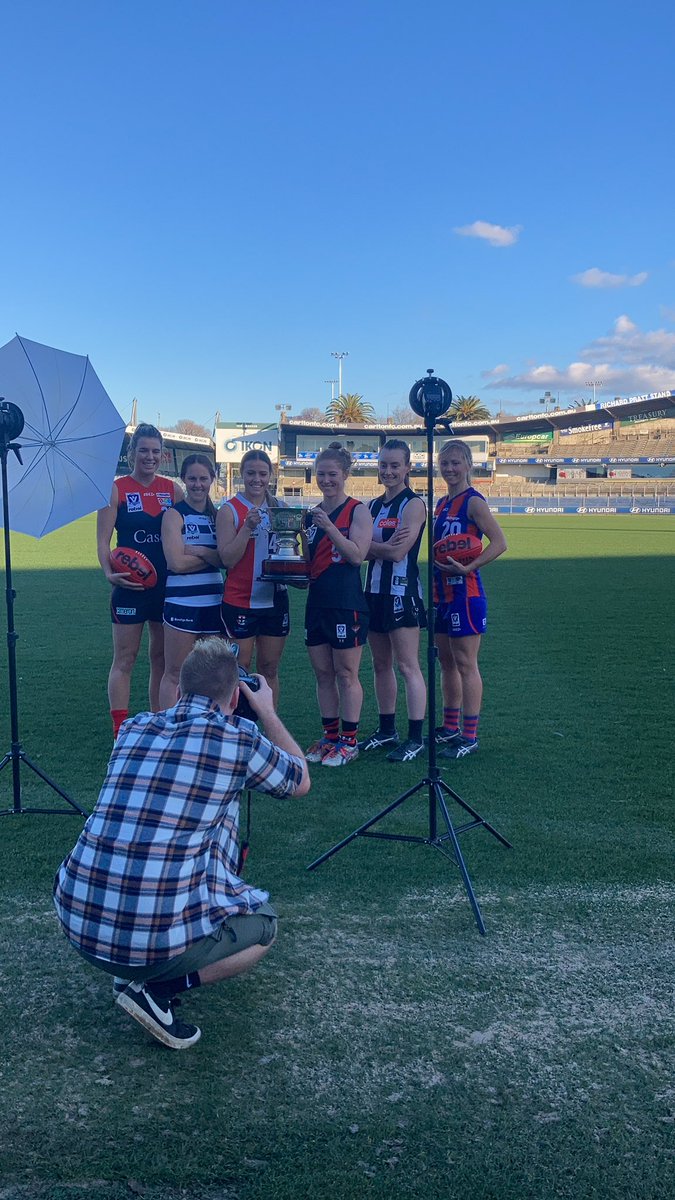 Barba was the other player there for us. See link below for a series of Q&As… and yes, the messages on her wrist tape get a mention.

Watch this story by Essendon VFLW on Instagram before it disappears.

Just getting in early… Casey report on their loss in round 14. Their story is somewhat similar to us: they joined the VFLW in 2018 and followed a similar climb up the ladder since then to play finals for the first time this year (their already-existing AFLW team no doubt helped them win five, not one, games in that first year). 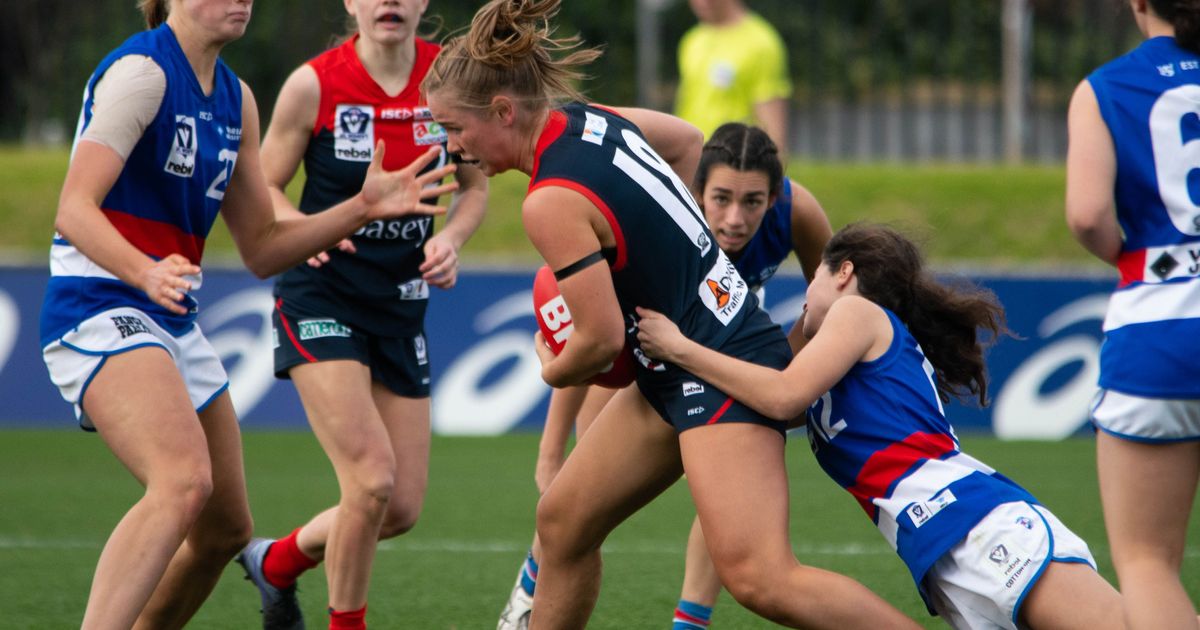 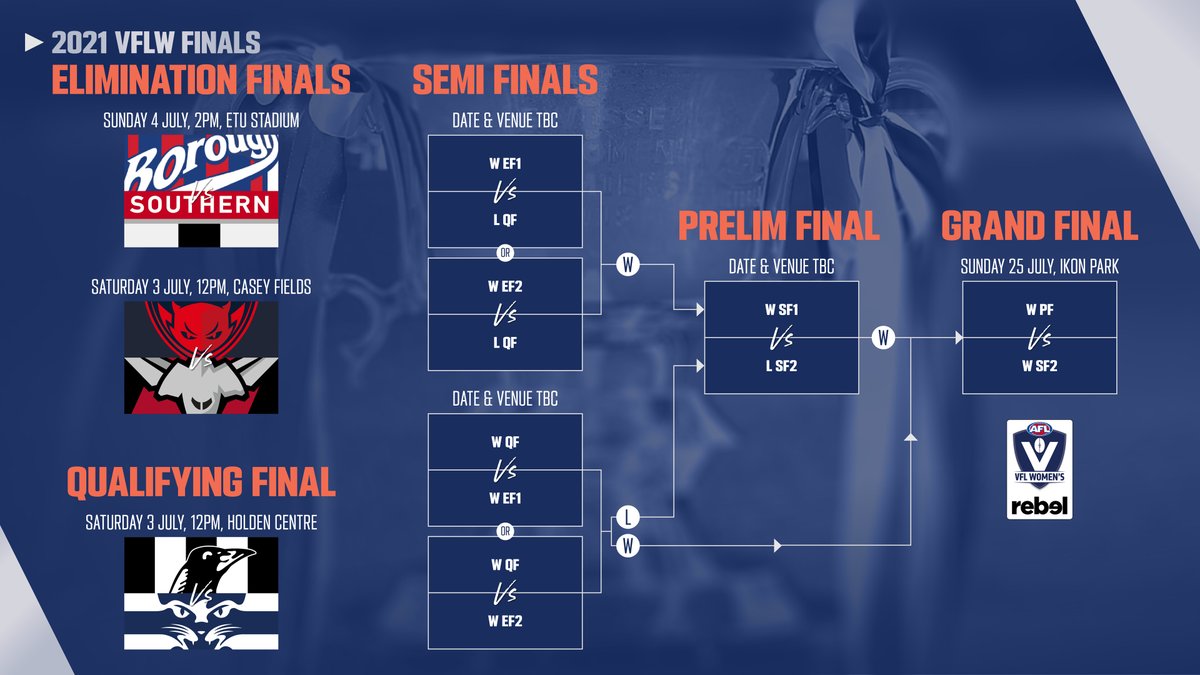 The “OR” bits above indicate this finals arrangement uses “highest winner” type stuff. So if the Saints beat Port then we (as highest Elimination Final winner) could go on to beat the winner of the Qualifying Final (cough Collingwood) and proceed directly to the Grand Final.

Taking it two wins at a time

I’ve extracted the key bits from the below link. 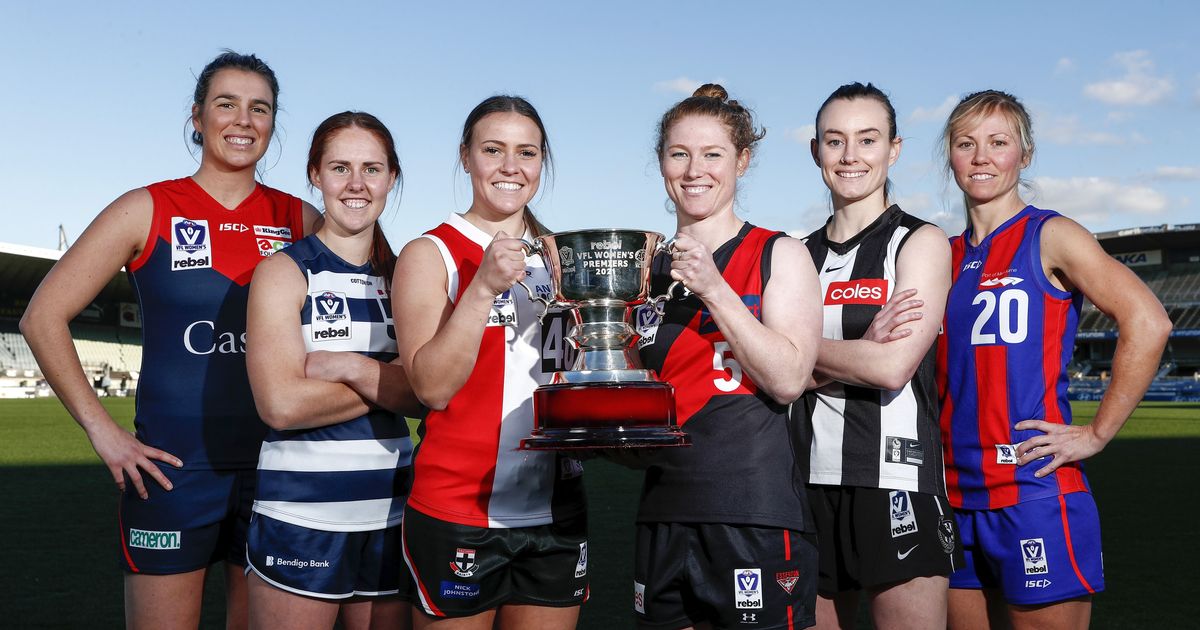 I look forward to seeing and hearing you all there. Lets get around our girls! 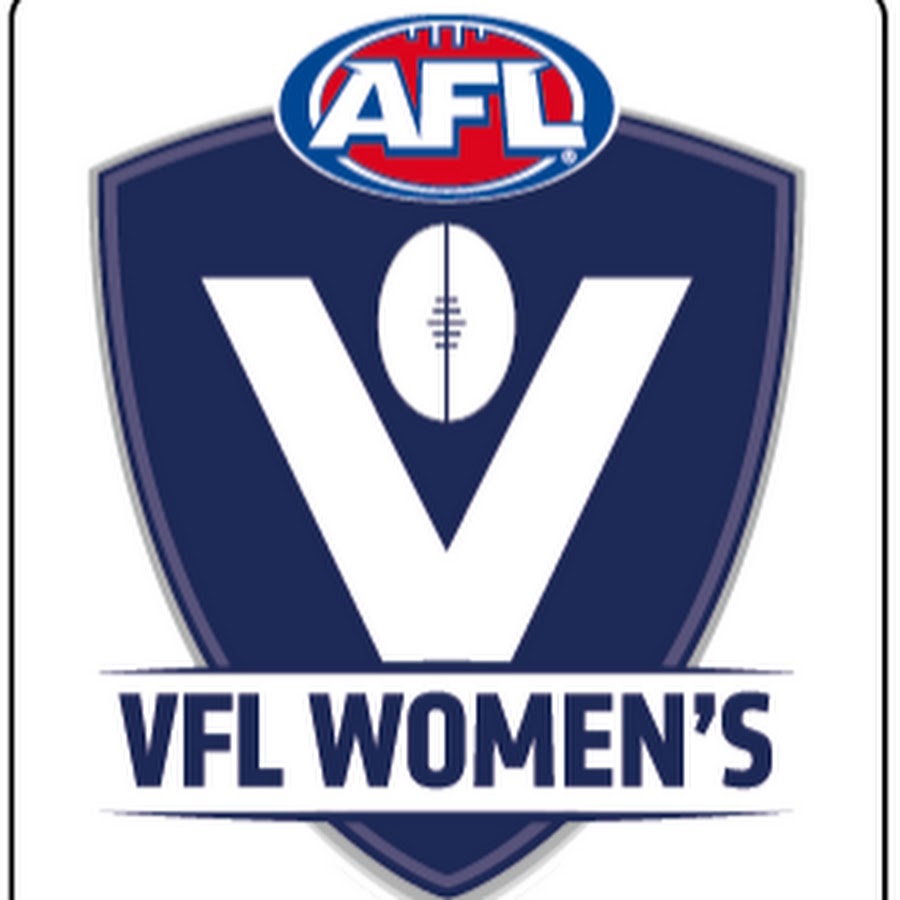 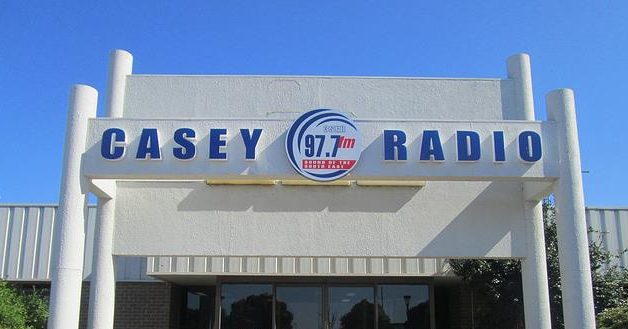 Guessing CaseyRadio will be integrated into the video stream, and @PH_WARFRadio will be at the other game happening at the same time.

Hardly a sensational entrance into finals for either team, but our recent record is slightly better. Ignore the two matches we both played against cellar dwellers Darebin and Willy and the dual losses to a pumped-up Footscray. That leaves them conceding ~50 points to the wavering Port and Fark Carlton (who we annihilated just before this period); while we kicked ourselves out of a win versus North, and I had Geelong as the most impressive team we faced all year.

I have faith in our defenders and full-team pressure; we just need to score ourselves.

Yep, Casey Radio to do the radio call of the Dees v Dons final, and we’re going to do Pies v Cats.

As for the video, YouTube is what they were originally looking at. They might also be looking at something else, but that’s being discussed behind the scenes at the moment. 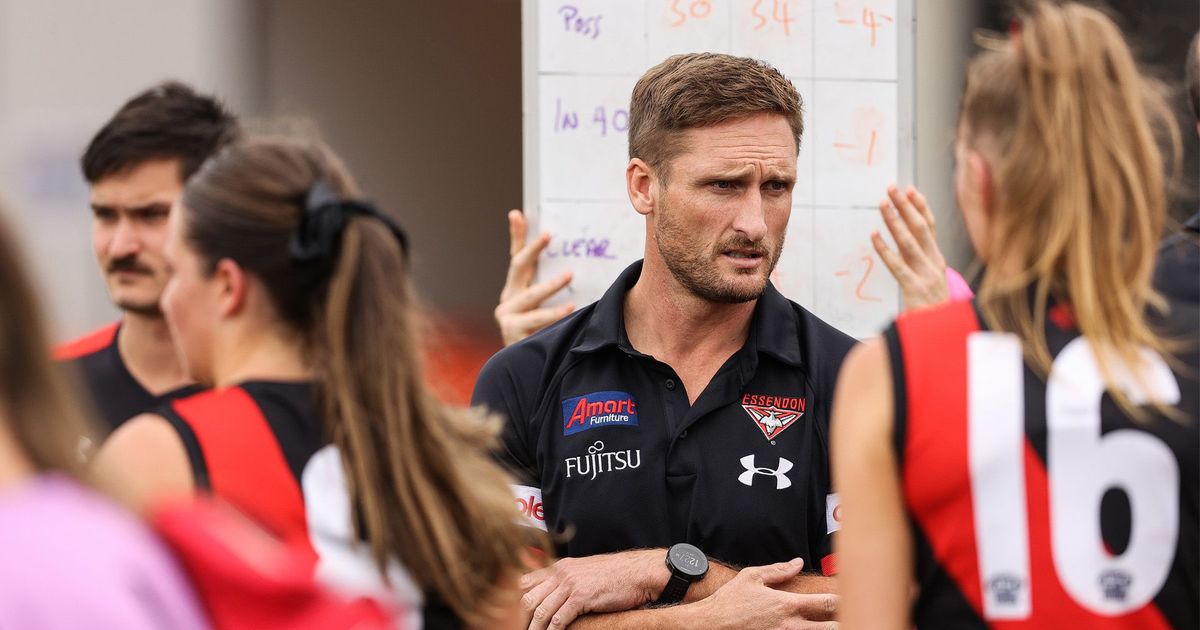