Just getting in early as they actually announce the days and times. 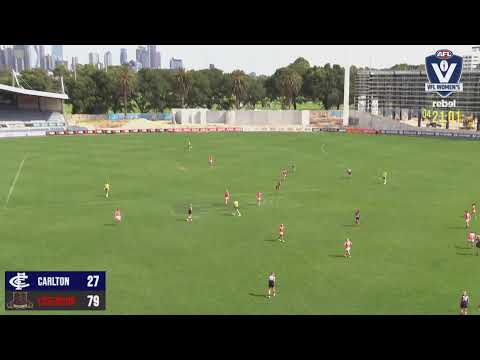 P.S. Despite what the VFL app says, we’re playing Fark Carlton and not Fark Northern. So don’t go to Preston City Oval

You have fallen into the same trap I did last night… Game is Sunday, not Saturday

Fark Carlton also play Gold Coast from 5:10… I assume everyone gets chucked out before then, even if they want to remain.

Nah, that AFLW match is the following week (March 6)

This makes three date mistakes for me on Blitz in the past 24 hours. Impressive.

Fark Carlton going on about their 8 AFLW players in the VFLW last weekend. They tried stacking the team against us last year, immediately after their AFLW season ended, and lost 10.12.72 to 3.1.19…

LOL at the last line of their article not naming us.

Tom Stafford gives a rundown of our AFLW-listed Blues.

‘Hamma’ played up forward, but she spent a little bit of time on the wing. ‘Hamma’ kicked two goals and looked very dangerous up forward, and then she also had eight tackles inside the forward 50 which is really impressive.

Annie had a great game off half back. She provided heaps of run and obviously she had lovely disposal by foot, and she was very efficient and dangerous running off from defence.

Poppy was the most dynamic player on the ground. She played up forward, she was busy, she was on the move, provided plenty of pressure, she kicked two goals and had five tackles which was really impressive.

Brooke Vernon played down back and was really consistent throughout the day. She had some crucial spoils in defence playing on a really good opponent and she really stood up when the game was on the line.

Brooke Walker played at half forward. Brooke got better as the game went along, she had five tackles, and she looked quite dangerous up forward and was really dynamic.

Charlotte played at centre half back, but also spent a little bit of time in the ruck as well. Charlotte took five marks and showed really good composure and leadership to our players.

The VFLW Blues’ next game will be on Sunday at IKON Park from 2pm.

A clip from last year:

CBomb smothers the shot on goal. Caruso dodges trouble, does a one-two with Stepnell, and goes long to the wing. Frew shepherds Hosking and gets the ball back from her. Long kick is over the top but Clifford can’t make it work. A Fark Carltoner collects the ball but is smashed by a Snell tackle: the ball spills free, and Svarc may not have a left boot but she has enough pace to allow her to use the right. GOAL. 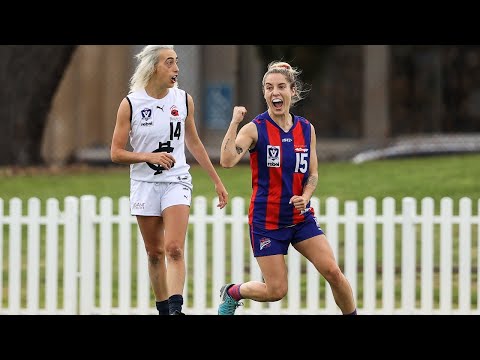 Boooo. Was watching your icon like everyone else does the green N on training days…

I have a raw version of the Essendon team (from the league) - so I guess that might mean a misspell or two, or player out of position.

On the unavailable/injury front. Joanne Doonan will be available from next week, Bella Ayre is unavailable until TBC, while Eloise Gardner has a quad injury and is out for at least 3 weeks.

P.S. I really got to ask the Blitz admin how to slightly change my username, so it doesn’t look like I’m speaking on behalf of all WARF Radio (cause out Fark Carlton supporter commentators will get cranky!).

So in Dicker and Davies, out Nattie and Manfre.

… is that the mysterious Thomay Nicolaou* playing for them?!?

*For those who don’t remember, our elderly developmental player last year.

I’m more concerned about the Madden listed… Are there OTHER Maddens we don’t know about?

She’s not OTHER, she’s OLIVIA.

(but good for her)

Fark Carlton are down from 9 AFLW players last week to 7 this week. Poppy Schaap (2 goals) is one of the outs, perhaps getting her second game of AFLW instead.

18 J Borg this year comfortably continues to top the VFLW hit-out stats (on 61 after two weeks, next best is 46, Nalder is 31).

1 A. Klingbeil in the middle had the most disposals (20) for them, though.

175cm Tayla Kearns kicked 2 goals last week, but is not named this week. Probably too scared to match up vs Marshall.