Just putting this up now as the time (and changed location) hasn’t been announced yet.

Thanks to La Presidenta for the info.

Looks like I will get a chance to search for Conor’s car after all.

Willy report on that game is at the below link. I read it and then immediately forgot all the names it mentioned. Willy commentating on volatile weather at Sandy is pretty funny though. 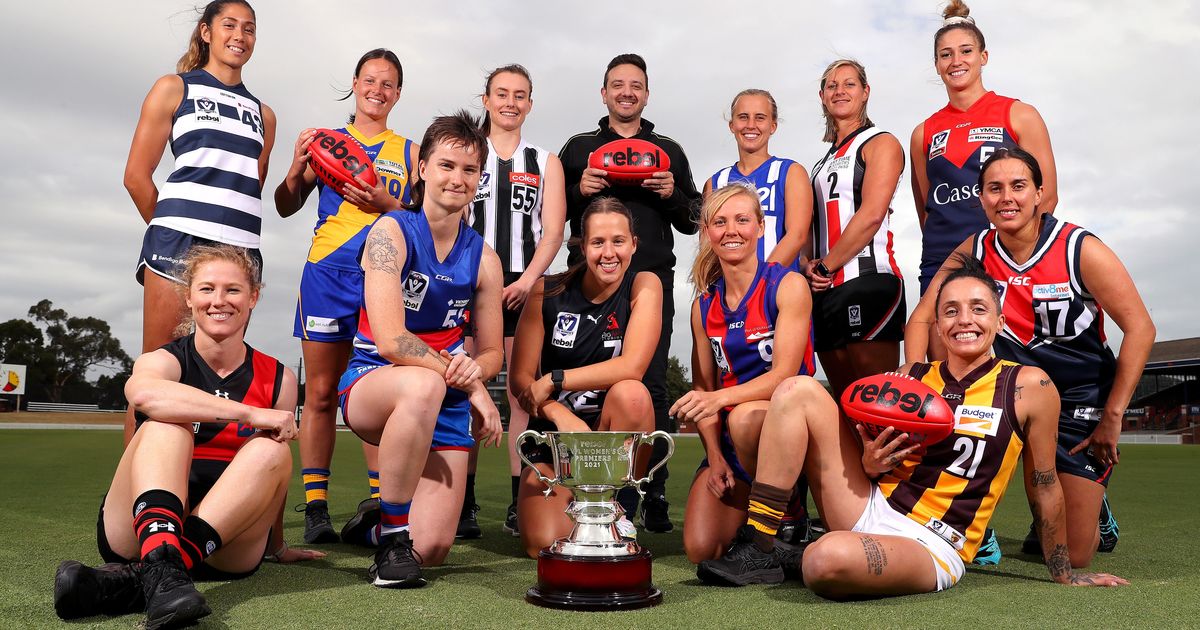 League announces dates and venues for the next two rounds

Crowds are permitted at all VFLW matches this weekend. Spectators are allowed to enter the field of play at any stage.

@PH_WARFRadio will be covering the game from 10am.

Snell is back in (no conflicting Vic Country duties).

Positions named are very similar, except Clifford has been switched to the HBF. Curious, if it’s not urine extraction (Quigley is only an emergency, so that would mean zero “proper” key forwards).

Not sure if actual question, but CBomb is named on the bench.

Our backline would monster our forward line… if they could catch them.

In selection news for next week (maybe, hopefully) Collingwood have NOT rushed their key AFLW players into their VFLW team this week.

EDIT: they have just 7 AFLW players in their team this week. I’d say their VFLW team is scary enough already (but not scary enough to beat us last time). If you go by number clashes it appears Chiocci and Bonnici (significant midfielders) will not play VFLW this year.

But if Davey, Livingstone, Lambert turn up… eek. One of the teams looking to keep in touch with the top two sides is Essendon, after the Bombers came from behind to defeat Hawthorn last week at Box Hill. They managed to do it without star midfielder Georgia Nanscawen who succumbed to injury early in the match, and they will need to do it again without her, relying on the likes of Alana Barba, Courtney Ugle and Eloise Ashley-Cooper in the midfield. Bendigo Pioneers’ Elizabeth Snell returns to the red and black in a five-day turnaround from a successful outing for Vic Country, with Calder Cannons duo Kasey Lennox and Zali Friswell remaining in the side.

Williamstown stand between Essendon and the Bombers’ fifth win, with the Seagulls not far off the top six despite having just the two wins from six games. The midfield trio of Ashlea Melnikas , Megan Williamson and Aimee Whelan will be hard to beat, with Scarlett Dunnell up forward and Erin Meade in defence among the others to keep an eye out for in the blue and gold. Even without Nanscawen, Essendon will be favoured to get up here at home, but the Seagulls will give them a run for their money.

Williamstown will unleash a new debutant on Saturday morning when the team looks to bounce back against Essendon at The Hangar .

Northern Territory duo Lauren Gooden and Emily Casey will retain their place in the side after impressing in their debuts last week against the Southern Saints.

The Bombers sit third on the ladder after six rounds with a 4-2 record.

While a squad of 24 has been named, in line with the league’s new rules teams this season field 16 players on the field and five on the interchange bench.

Williamstown’s Round 7 clash against Essendon will get underway from 11:00am at The Hangar this Saturday, April 17. Crowds are permitted. The VFL app currently displays the match as being played at Windy Hill - please ignore this error. Light wind is mostly blocked by the Hangar.

Friswell is too young to have both knees taped.

This will (not) surprise you: Clifford warms up with the forwards.