Adelaide’s List Manager:
“We noted that the expectation of success was getting to our players, so we decimated the list and brought in a random head coach. Now our players can easily live up to the lack of hype and relevance. Even though Eddie Betts is gone we still have his famous pocket which is now lined with dollar bills as we are paying most of his salary next year. Some may criticise us for paying out departing players Betts and Jenkins, but what they are forgetting is that charity is tax-deductible. Billy Frampton is excited to play for a new SANFL team and has already sought out a psychiatrist to commence sessions upon returning from our next pre-season camp.”

Brisbane’s List Manager:
“We see Birchall as a four-quarter player. With luck we should be able to get 4 injury-free quarters out of him over the course of his contract. Some will argue that Ah Chee and CEY are not household names. That’s because they’re not very good.”

Carlton’s List Manager:
“We are shattered. We thought we had the deals for Martin and Papley done, but it turns out you need to offer draft picks and we left ours in the boot of the car. We focused on converting our whole side into small and medium forwards so we cast the net wide and attracted names such as Martin, Papley, and Betts. That’s why we brought in Pittonet who we think is better suited to the small forward role than Phillips. Eddie Betts is a huge coup and a great footy story. We showed him that nothing much has changed since he was last here by pointing to our ladder position, offering him the same number and failing to get multiple trades done. For all times sake, we even got an intoxicated and handcuffed Casboult to meet him at the front gate.”

Collingwood’s List Manager:
“We are going for something different at Collingwood. Instead of getting twin tower forwards who are great below their knees like the Tigers, we brought in Cameron to partner with Cox who literally can’t find their knees. We are disappointed to let James Aish go as we were relying on him for depth in the likelihood of future gambling and drug-taking player sanctions.”

Essendon’s List Manager:
“We are overjoyed to be welcoming Joe back. We even sent him an appeasement package to let him know we really care for him. It contains a CD of Concrete Blonde, a club tie and a dartboard with Tom Harley’s face on it. Some thought Fantasia was going to depart the club. It turns out he prefers playing in front of a capacity crowd than a capacity tarp. We briefly looked at Ryder before going with Phillips. Ryder actually visited the club to receive his life membership with accompanying leather-bound New Testament. Being Ryder, we front-ended the life membership. In fact, it expires next week. He said that he had a bad vibe about the club. That’s probably because we highlighted all the Judas references in his bible. Some thought that getting a Bonar would be the antidote to what has been a dysfunctional past few weeks. We think Cutler is almost the same as Bonar, only Jewish. Finally, it has been a pleasure getting some Irish kids into the club. The new Irishmen, will join Conor and Mark Harvey as people nobody has a clue about what they are saying.”

Fremantle’s List Manager:
“We noticed how many wonderful concessions the Gold Coast were getting so we followed their lead and sabotaged our list. That’s why we rejected the Saints godfather deal in preference for their second, far more inferior offer for Hill. We are extremely overjoyed to be replacing stars like Hill and Langdon for plodders like Acres and Aish. We have already written to the AFL requesting picks 1 and 2 next year.”

Geelong’s List Manager:
“We are all for age eqality and it’s about time a team made a stand for this important cause. After enquiring about the elderly pair of Goldstein and Higgins, we settled on re-contracting Ablett and bringing in Josh Jenkins. Jack Steven was a bit of a mistake. We didn’t realise he was still under 30. Had we known, we wouldn’t have pursued that one. Although, in fairness, most people with depression want to leave Geelong not live there. At one point we got in contact with Polly Farmer’s management before circumstances prevented us from making an offer. We have worked really hard offield and are delighted to announce a sponsorship deal with Tena Pads."

Gold Coast’s List Manager/Gil McLaughlin:
“Now that the AFL are giving us picks and concessions on tap, no offers for our players really excite us, so we will just let them loose for free. Who cares if we didn’t get anything for Martin! The AFL will look after us.”

GWS’s List Manager:
“We decided with Green coming into the side we no longer needed Bonar. There is nothing more unsightly than a Green Bonar. We have 2 roles for Sam Jacobs. One is to hold up our ruck division and the other is to hold up Mumford, who did a great Weekend at Bernies impersonation in the latter half of the year. We wish Adam Tomlinson all the best as he returns to Melbourne to provide further Joe Daniher sighting recounts."

Hawthorn’s List Manager:
“First we nabbed Omeara’s achilles, then Scully’s ankle. Now we are pumped to inherit Patton’s knee. Next year we are considering making a play for a brain in a jar. We can announce that our new Medical sponsor is Pick-a-Part. Frost, we are confident will end up being a crowd favourite, because whenever he plays he kicks it to them. Our best get was bringing in the decorated, future Hall of Famer, Brendon Bolton to help develop our novice coach."

Melbourne’s List Manager:
“We have bolstered our wing division with the acquisitions of Tomlinson and Langdon. With those 2 we are aiming for a much better return. Perhaps even 7 wins. Some are questioning our pick swap deal with Roos. We think these people are professional complainers who don’t appreciate how truly tremendous the snow season really is.”

Port Adelaide’s List Manager:
“We had a clear strategy with Fantasia. We decided not to talk to him or offer him a contract. Somehow, that strategy didn’t quite work out. Some asked why we traded Dougal. To answer bluntly, it was to get Kane Cornes worked up. We are proud to announce that the surviving members of INXS have offered to reword ‘Never Tear us Apart’ to ‘Always Tear us a New One’".

Richmond’s List Manager:
“We were very upset about the compensation for Ellis. Surely putting up with him all these years nets us compo for pain and suffering.”

St. Kilda’s List Manager:
“After a number of poor seasons we decided our best bet was to reunite players as a true feel-good story. In that spirit, we have reunited cousins Ryder and Hill. Dougal Howard will be reunited with the son of the person who named him, Doultan Langlands. And Butler will also get to share the club with his identical twin - the dwarf that was set on fire. We have discussed in detail Ryder’s role. Basically his time will be distributed 50/50. He will be spending 50% of his time with his wife and 50% with someone other than his wife.”

Sydney’s List Manager:
“We are so dejected. We thought we had Joey. Whilst we didn’t mention a move during the infamous meeting with Harley, it was mentioned the 7 times they met prior. He was attracted to the fact that cost of living is too high for us to afford club ties. We thought Daniher and Buddy could compliment each other. Buddy has that famous arc and Joe would struggle to hit the side of an arc. We are aware that Papley was very unhappy with his roomate and that he found him to be a flog. We will now take steps to see that he no longer lives with Tom Harley.”

West Coast’s List Manager:
“The whole club is so excited to bring in Kelly. We understand that a big reason for them coming home is a lack of adequate babysitters in Geelong. This was music to our ears as it allows us to find a role for Nathan Vardy. The players can’t wait to get around Kelly. On the occasion of his first win in Eagles colours, Willie Rioli has volunteered to start the Gatorade shower.”

Western Bulldogs’ List Manager:
“We consider this the trade period that consolidates our list. A true 2 for the price of one. After losing Dale Morris we are wrapped to get 2 players in Josh Bruce and Alex Keath who also have 2 first names. We enquired about a tattoo removalist but we didn’t have enough picks to satisfy for Tom Liberatore.”

This is legit gold comedy

Hawthorn: Next year we are considering making a play for a brain in a jar.

Why not - we played the body without brain years ago

Frost, we are confident will end up being a crowd favourite, because whenever he plays he kicks it to them.

Concrete Blonde gets a mention also Tom Liberatore and his ■■■■ tattoos.

I look forward to this thread every year after the trade period ends in great anticipation, and it never fails to deliver, a lot of truth wrapped up in comedy gold. Classic stuff.

Great work. This has become a tradition every post-trade-period.

Really clever, and no doubt took a fair bit of work.

Pretty much my favourite thread every year (in the recent absence of the ‘we won the flag, yay!’ thread…)

in the recent absence of the ‘we won the flag, yay!’ thread

Not sure one of those has ever existed on BB, was it around on 00?

Actual photo of me posting in the last ‘yay we won the flag!’ thread 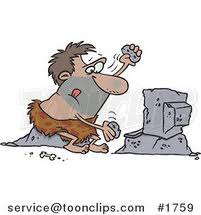 In that spirit, we have reunited cousins Ryder and Hill.

I was going to say raaaaaaaaacist, until
I googled it and found out it was actually true.

You win this round, @Pevster

That has just made me realise something:

Ever since we had Blitz, the Bombers have sucked. Therefore Blitz is the issue.

Riolio needs to shut it down NOW!

where would i go… what would i do…

He’ll never do it. Rolo’s life savings are tied up in Blitz. That and his Crocmedia shares, they’ll come good eventually…