I think Dyson is a cracker - he has sacrificed a lot for the club and I am reluctant to bag the bloke at all.

But he was a top 10 pick with known physical compromises - he is our best high pick (Pick 8) that we’ve had in the last 12 years.

That he is our best high pick is an indictment, not on him, but the club’s recruiting. 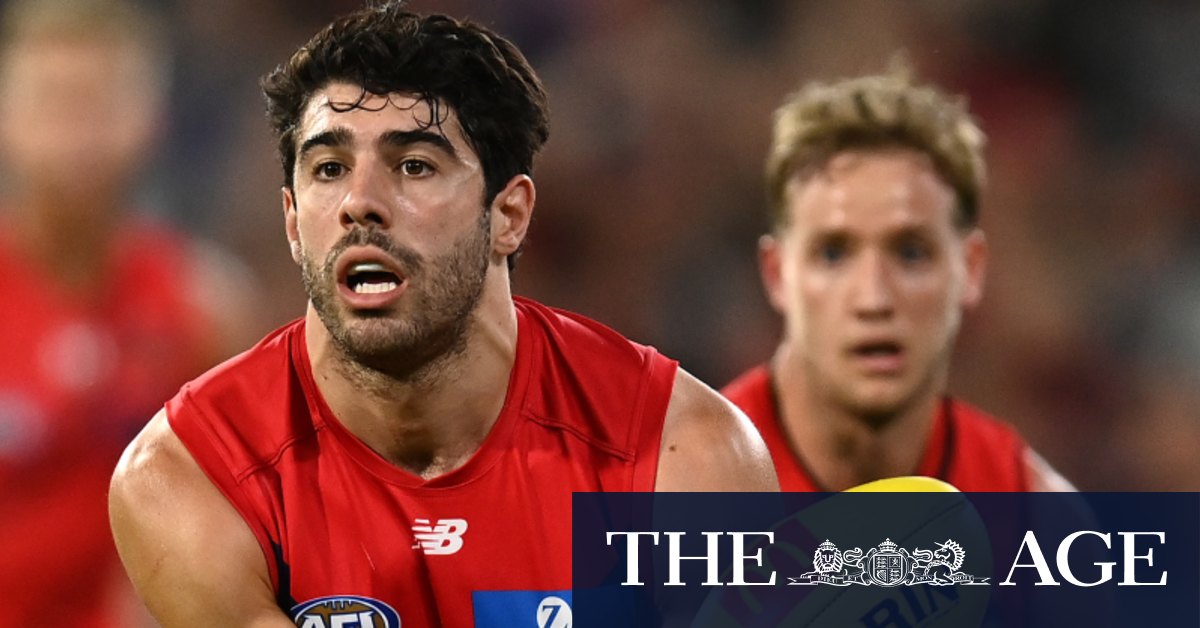 Essendon went against the trend and sent Andy McGrath to restrict Christian Petracca. The question remains whether other clubs will follow suit.

Zorko was in way worse shape and had a field day against us. Andy did a good job. Don’t be so ■■■■■■■ miserable.

Not sure this is the week to be hating on Andy.

Think his game is suffering because of our midfield depth. Looked elite a couple years ago as a high possession inside mid (he even fixed the blind kicking). But now Parish is our main go to guy in there and Andy plays the team role being flexible which doesn’t always bring the plaudits.

I think his best way forward for us is to be elite at the defensive midfielder role. Basically copy the Coniglio blueprint who 2 years ago was GWS best player running with opposition players and still picking up 30 touches and kicking goals too.

Should be permanent half back.

Nobody seemed to care that Melbourne spent pick 9 for Christian Salem who is one of the better half backs in the league. Its a key role nowadays with a lot of scoring opportunities generated from this line. Vlaustin in another example of a top 10 draft pick used for a halfback who was a key playmaker in a premiership side.

It’s like his round 1 - 11 last season (until he got injured in dream time) didn’t happen.

He Parish and Merrett formed a very good trio. There’s no reason he can’t get back to that level, I like him at HB and reckon that’s his natural position but he can definitely midfield

Shaun Burgoyne played a lot of footy off the Hb too. Both hodge and Burgoyne were able to play mid and through the forwardline too

The problem lies with do you want him to be the 3rd-4th best mid or the best half-back in the team.

It all comes down to is value to the team.

Is he that much better than the next mid behind him, figure that out & start from there.

both of them can hit targets by foot

both of them can hit targets by foot

So can McGrath when he’s not under the physical pressure of the midfield. 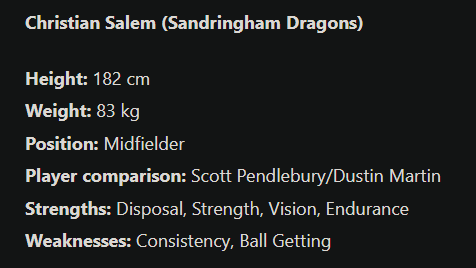 If ball getting is a weakness, they’re some strange comparisons to be making.

Think Barnz is using it to emphasise Salems far superior footskills to McGrath.

My point was they can hit targets. Ideally you’d want Ridley using the ball as a weapon. Instead he’s a safe high efficiency type