Yep. You gotta love the NFP CEO who comes in and begs for workplace giving then drives out in the Range Rover.

though they are going better since Barham took over.

Why is it Perce that Management in Not-for-profit get paid so much and drive expensive cars ?

Do they ? Or have you been reading the Hairoiled Hun again ?

Interesting to see how many votes the regional candidate attracts, there’s a point of difference and a potential benefit to regional and interstate supporters.

I was thinking of swinging a vote his way. I think a regional person adds a good type of diversity the board doesn’t have.

And involvement in public health networks over the last few years I think also gives some valuable experience. Almost anyone who’s been involved in the covid shitshow is a good operator.

After listening to Welsh on the podcast, he sounds like a classic ex-player planted on to the board.

Also sounds like he has ambitions to act like an executive staff member rather than a director.

Mrs Fox gets involved with a few due to her profession, and I have found that sometimes Not-For-Profit just means that the profits end up in the life style of Directors of these organisations.

Not as big a rort as NDIS providers though. That could take its own whole thread, some instant multi-millionaires from this cohort.

Not as big a rort as NDIS providers though. That could take its own whole thread, some instant multi-millionaires from this cohort.

Maybe Government run places are never perfect, but the blood sucking leeches who own many aged care places should eliminated.

One thing stuck in my mind from Ben Dunn’s interview on @CJohns podcast (apologies if it was The Sash instead) was he mentioned he believes board members should only serve two terms and move on, and said that would be his approach. It was one of those statement’s that I found interesting but also wanted to think about more as it’s potentially a good idea or a really bad idea.

But then I realised he’s been a board member from 1998 - 2006, so he wouldn’t be allowed to serve more than 2 terms as there’s a 12 year limit that, from what I can tell, is not a continuous limit. So I don’t know if he genuinely believes that, or if he was being a bit disingenuous or convenient with that claim. 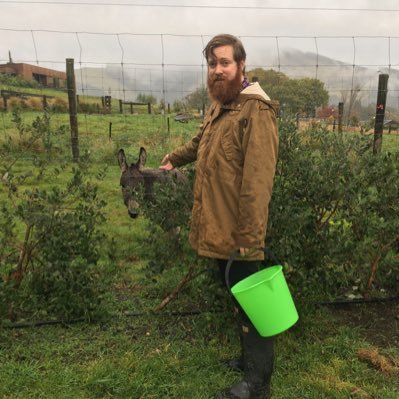 Thanks Hoffy, I probably could have made it half the length but was on a roll!

Let’s face it. Listening to all those guys on the podcasts it’s obvious that they are all passionate and have something to offer, so they are all kind of the same in that regard.

What we really need to know is, who can influence and deliver? And unless we have seen these people in action then we don’t really know. We really are just guessing and hoping.

Absolutely. The whole not for profit thing doesn’t mean money goes where it’s needed, it just a way for people to have excess salaries.

So what are the skills needed on the board that we are lacking atm?

interesting on one of the podcasts one of the current board members ( Andrew Muir) was saying the board have a set list of 9 skill sets they require for the board.

this guy fits the entrepreneurial role.

we don’t want too many financial types already have someone on the board who fills that role etc.

Those are the skill sets that the board are looking for this time around.

would have thought Sheedy fitted the entreprenuarial role myself, plus ex coach / elite sport

Is vision one of the criteria?

These candidate statements are shameful marketing crap.
Where are all the ideas, the vision, the first steps etc?

I think there’s an element of being one voice out of 10 at the table and not really being able to promise much as a result.

IMO, this is what the club needs:

IMO, this is what the club doesn’t need: