Thought this belongs outside of the movies thread. Interesting reading (see below). I did not boo Goodes, but I certainly was not his biggest fan at the end of his career, and did not agree with some of his actions. I will definitely watch this documentary though. 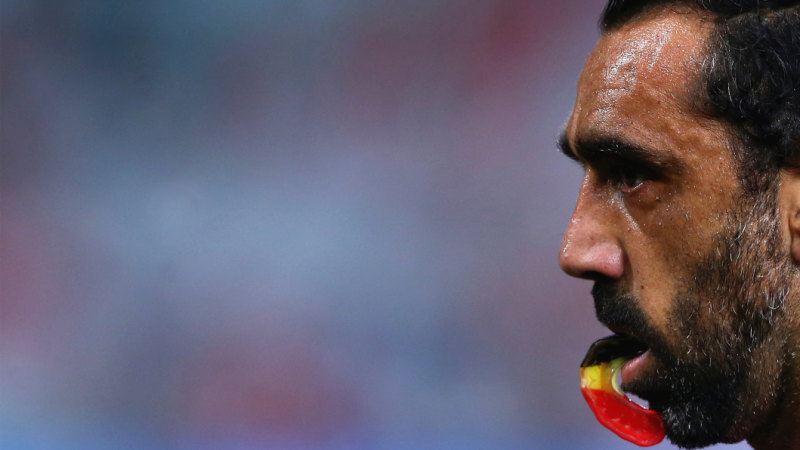 'This is what racism looks like': Filmmaker opens up about Adam Goodes doco

After an emotional response to previews, The Final Quarter is about to reignite debate about racism in sport when screenings start in June.

Well he was a brilliant actor on field

Is it about his whole life or just when the booing started?

This certainly sounds like a public discussion I’d love to get involved with again.

Will they include the cheap shots?

“Booed out of the game”, dramatic much…

Might be controversial but I really like Adam Goodes, well maybe not the knee dropping and diving he did in the latter parts of his career.

Stirred up the whiteys, good on him.

“Let’s all watch 90 minutes of propaganda and revisionist history, and then all of you useful idiots can go out and spread the word on how evil and racist this country is.”

Stirred up the whiteys, good on him.

l have no doubt that some of those who booed Goodes, were being racist even though they denied it and claimed the right to boo him for football related reasons and said they had nothing to do with racism. Utter bullshit. Racism is one of the worst plagues that continues to haunt our race, and it has been this way for far too long.

l never booed Goodes, but was disappointed that the chumps fell for his staging for frees at times. As we have seen in the last couple of weeks, there appears to be one rule for Brownlow winners, and one rule everyone else.

Says the guy who had the Hitler avatar.

Says the guy who had the Hitler avatar.

Added disadvantage of growing up in Horsham?

I had an avatar that was mocking Hitler. So it doesn’t really make sense.

He is implying that Adam Goodes is trying to stir up white people, and he also thinks that is a good thing. Seems a little strange to me.

If I boo the film cos I don’t like it will people assume I’m booing cos I’m racist?