Bombers, Resurgence as a powerhouse club!

Finally got the courage to make a thread myself. Please don’t roast me too bad If it’s in the wrong category or its been done before haha

As we are all dealing with this covid19 stuff lots of us are bored as and iv just been watching everything footy related, listening to the essendons getting through this podcast, footy on nine ect

Recently Mathew Lloyd described why we have fallen from grace as a footy club and some bombers may disagree like Zaharakis has but I do agree with him.

he gave a fair assessment in my opinion. Standards and culture dropped after 2000 and sheedy got bored and stayed alittle too long, then knights was a disaster, supps sagas and here is where we stand.

This flag and finals drought looms above our club and will untill it is ended.

I honestly think we have the boys to do it and people questioned the succession plan but I think it is for the better as worsfolds gameplan does not stack up in finals.

Is the truck/carracella combo going to deliver us success in the future and bring us back to our prime?

Zaharakis has hit back at lloydy and said he doesn’t know whats happening at essendon and worsfolds has created a good culture within the club, I believe zaka and I believe woosha helped us out of our worst period but from 2020 onwards this should be a new chapter, we have no excuses now and we really should start seeing some onfield improvement. I understand the win against Fremantle wasn’t impressive but we have won technically 4 games of footy this year. 1 scratch match, 2 preseason games and 1 official match. Is the spark starting to light at the bombers once again? It feels differeent even with the injuries and it feels good not having this huge expectation and hype behind us for once.

I for one think Xavier Campbell and dan Richardson are doing a great job with this sorta revamp of the club.

Sorry to rattle on but this is my footy club I love and cry for, I am stinging for the day we reach what we truly are and that’s #1. That 17th flag will be oh so sweet.

Can I roast you for making me have to change the thread title from “resugance”?

Overall, it’s not a list thread, so I approve.

Sorry for the typo

Top 5 thread titles @theDJR has had to amend?

I sincerely hope it happens but I doubt it will in my life time.

I’ve asked my family to paint my coffin red and black.

I want the club to carry my coffin at my funeral. So they can let me down one last time

Can I roast you for making me have to change the thread title from “resugance”?

Overall, it’s not a list thread, so I approve.

DJR I’ve been meaning to ask you for a while and this is as good a thread as any to do so in, do you have a “Hot Chip” report for us at all? Where would you recommend us to get our crispy carby fix during this trying time?

on Hirdys podcast with Jobe they had a special guest in kevin sheedy.
And asked him what it will take to get us from 6th to first.

Sheedy said we need to harden up, the current side needs 3 Hard nuts. A Wallis a Harvey and a Merret (Roger?)

Things can change very quickly. The right leader emerges; we pick up a couple of champions in the draft. I’m one of the old farts on Blitz but I’m fairly confident I’ll still have my faculties intact when it happens. Because it will happen.

on Hirdys podcast with Jobe they had a special guest in kevin sheedy.
And asked him what it will take to get us from 6th to first.

Sheedy said we need to harden up, the current side needs 3 Hard nuts. A Wallis a Harvey and a Merret (Roger?) 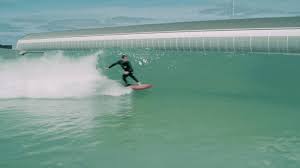 Bombers are already surgent. They even have a wave pool nearby.

Hopefully the gloomers don’t pollute this thread, although l note efc1robbo has wasted no time stinking it up.

I will say that Sheeds has offered what he believes to be a solution.

Is this a lid off thread? If so I’m on board. A little bit of tweaking, and a bit of well overdue luck with injury, and we’ll be right amongst it.

Perhaps the knocking back of the AFL loan is the starting point of our next era.

I will say that Sheeds has offered what he always believes to be a solution.

I will say that Sheeds has offered what he always believes to be a solution.

By which we see the difference between a leader and someone who just likes to tear things down.

Is he wrong?
Do you think we’re currently physical enough to be a contender?

Why do always assume the Negative? You have one hell of a persecution complex man. Relax, Cheezuz!

He always does think that, … and, no, I always have agreed with him, he is right.

Think we might already have what we need on the Books at this point though, and would have seen it by now if the season had played.