I couldn’t find an appropriate thread to put this in. Very interesting to say the least. The AFL are clearly trying to avoid independent people nosing around the organisation. 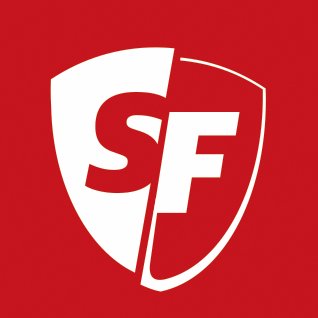 INSIDE STORY: A battle is brewing between club presidents and league bosses over a proposed independent review of the entire AFL competition. It could lead to Gillon McLachlan’s day of reckoning: bit.ly/3hCsugN @heraldsunmick https://t.co/QuDUZvV9HV 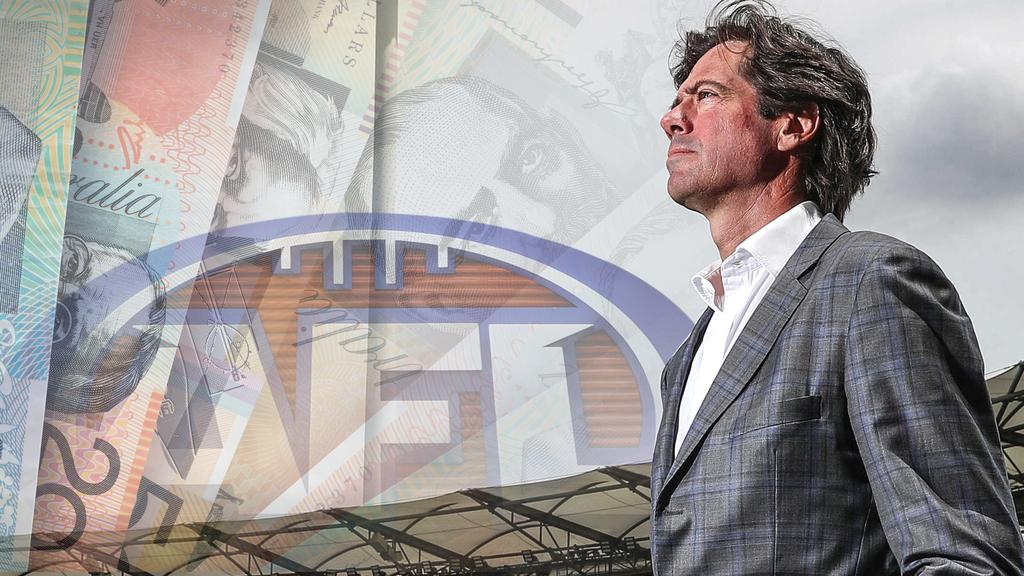 Hopefully a spot opens up for Xavier.

To quote Jobe: if it smells, keep digging.

Every club has had to lay off hundreds of staff, and the AFL executives are still living the high life.

The AFL always spreads the word of equalisation and spreading wealth across the clubs… but not when it comes to losing power at head office.

Along with giving jobe his brownlow back.

Bill Gates is using COVID-19 as an excuse to insert microchips in us all via the vaccine.

This is the conspiracy thread right?

Can someone actually post the article? I can’t read it

Not sure how Clubs demanding a full independent review of the league has anything to do with conspiracy theories.

Since when do I ever make any sense?

Article is by Mick Warner.

Gillon McLachlan’s “agile” navigation of a COVID-plagued 2020 season earned him the adulation of the clubs, then, for some, the mood had cooled by Christmas.

Behind the scenes, a battle is brewing between club presidents and league bosses over a proposed independent review of the entire AFL competition.

Disquiet, too, had risen by the summer break at the extent of an unbalanced cost cutting purge many now believe was too generous on the players and too savage on the clubs, the coaches and football department staff.

Cost cuts enforced at clubs of about 35 per cent at the height of the financial crisis were followed months later, after the storm had passed, by a far friendlier deal with the AFL Players’ Association that will see the stars of the show cop wage cuts of just 3.5 per cent.

Industry-wide losses were not nearly as dire as some had predicted and barely a dent was put into a $600 million emergency line of credit secured by the AFL in March, and yet there will be no immediate reassessment of the new $6.2 million football department soft cap (down from $9.7 million).

But it is the gathering push for a “warts and all” review of the AFL’s governance structure - first boldly proposed by Sydney Swans chairman Andrew Pridham at a presidents’ meeting in October - that looms as McLachlan’ biggest test entering his seventh full season in charge of Australia’s richest sport.

WILL CLUBS REALLY MAKE IT HAPPEN?

Not since the 1993 Crawford Report has the all-conquering commission system that controls the game been placed under the blowtorch.

A curve ball was thrown in early December when a misguided TV report suggested the commission had indeed agreed to a review, but it was the word “independent” that must have spooked the league, because no such announcement was made.

Club chiefs were dumbfounded to later discover that the AFL had in fact been considering an internally-led review as a compromise.

It was never going to fly, or as one club boss bluntly put it: “That is just totally unacceptable and a red rag to a bull.”

“There is a majority of presidents who want an independent review, and the AFL are desperately trying to save face and put their own one in and get internal people to do it,” the club boss said.

Pridham has secured growing support for a sweeping assessment which (depending on its terms of reference and the person selected to lead it) could dramatically overhaul the way Australian Rules football is run – from the shamefully neglected grassroots game to the make-up of the commission itself.

Not surprisingly, the AFL doesn’t like the smell of it, but should a majority of the 18 clubs unite, the league may for once have to fall into line, because in truth it is the clubs that are the real owners and shareholders of the competition, even if head office has chosen to forget that fact.

WHERE THE CASH FIGHT NOW LIES

An extended broadcast deal with pay TV partner Foxtel in late December was a timely win for McLachlan.

It means Fox Footy and free-to-air provider Channel 7, who pay the bulk of the bills, are both locked away until the end of 2024, and it is in the carve-up of the cash where the fight now lies.

In October, it emerged that five of the richest clubs – Collingwood, West Coast, Richmond, Hawthorn and Essendon – were seeking guaranteed annual distributions for all clubs equivalent to the full salary cap next year and beyond.

“The AFL managed COVID exceedingly well but there has been profound disappointment at how arbitrarily, and without the discussion, the AFL have gone and changed the financial mix to protect themselves,” one senior club figure said.

“There is a lot of dissatisfaction at the process and that has led to an increased focus on an independent review.”

Amid the cost cuts in August, the league made noises to suggest that its executive team of about a dozen (which took pay cuts of at least 20 per cent this year on their average earnings of $880,000 in 2019) was going to be significantly reduced, but it hasn’t exactly transpired.

Long-standing executive Darren Birch did take a redundancy package and Ray Gunston was shifted to an advisory role, but inclusion and social policy executive Tanya Hosch – a surprise candidate for Australian of the Year – appears to have stared down those seeking to remove her, while the league has also been on the lookout for a new finance manager, commercial manager and IT manager.

So while hundreds of rank-and-file staff across the competition were let go, the inner sanctum has seen little change to its numbers and presumably to its pay.

Revelations the AFL had been operating for four years without a Reconciliation Action Plan, and its recent “unreserved” apology to the game’s 87 indigenous players over the Queensland vaccination bungle further fuelled discontent among Aboriginal players.

Mystery also surrounds the findings of a review led by former Essendon and Melbourne CEO Peter Jackson into the game’s indigenous programs.

THE CHANGING OF THE GUARD

Some club bosses remain disillusioned by the performance of AFL commission chairman Richard Goyder, the Perth-based businessman who was a surprise no-show at October’s Grand Final at the Gabba.

Goyder, who has his hands full as chair of Qantas and Woodside Petroleum, is seen as too removed from the goings on in the Victorian heartland.

But in reality, it is the executive – not the commission – that has long called the shots at AFL House.

And if McLachlan was to soon call time on his reign, some suggest it is the internal candidate, chief financial officer and broadcasting boss Travis Auld, who would be his preferred successor.

While Richmond’s Brendon Gale is widely considered the best credentialled to take over, the view of the Tigers chief executive from within the AFL is surprisingly less approving.

Auld, the man who once ran the beleaguered Gold Coast Suns, is hardly a shining example of success compared to the man who transformed a broken Richmond into the biggest sporting club in Australia, but clubland outsiders such as Gale, regardless of their achievements, have rarely been invited inside the tent.

McLachlan acted swiftly and strategically after the season shutdown in March by drafting four of the biggest name presidents in the game – Eddie McGuire, Jeff Kennett, Peter Gordon and Pridham – onto his now-disbanded emergency coronavirus “war cabinet”.

But the recent retirement of Gordon (and Colin Carter at Geelong) – and Eddie McGuire’s decision to vacate the Pies’ presidency at the end of next season after 23 years in the job – signals a changing of the guard.

McGuire, a long-time linchpin of football’s boys’ club system, has always walked both sides of the street and when push came to shove was never a serious advocate for change through the Andrew Demetriou-McLachlan era.

Kennett on the other hand has been a consistent and vocal critic of the AFL administration and its lack of accountability and transparency.

The former Victorian premier has committed to Hawthorn for three more seasons, and while steering his beloved Hawks to safety was his priority in seeking another term, helping oversee significant AFL reform was another driving factor.

In Pridham and a growing band of presidents and chief executives, there is an appetite for change.

An independent review of the AFL is inevitable, but it remains to be seen just how strongly it will be resisted because, although its backers insist it won’t be a royal commission into the past, Australian sport’s most powerful ruling body may finally be about to face its reckoning.

Temporarily turning off JavaScript often gets you into these sites.

I couldn’t find an appropriate thread to put this in.

Or sub-forum… moved this stench out of The Hangar.

Not surprisingly, the AFL doesn’t like the smell of it, but should a majority of the 18 clubs unite, the league may for once have to fall into line, because in truth it is the clubs that are the real owners and shareholders of the competition, even if head office has chosen to forget that fact.

I don’t get why it has to be an independent review.

We just had an internal review and got our man.

Bypass paywalls on GitHub for Chrome/Firefox. Beats 95% of paywall junk

I’m not sure the line about a “majority" of clubs being sufficient to over-turn the Commission is correct. As I recall it is something like 2/3 or 3/4… and there are at last 1/4 of the clubs that are instantly insolvent without AFL handouts.

I don’t get why it has to be an independent review.

You want one of the boys to investigate the rest of the boys who he enjoys a high pay and good perks with? Or are you being sarcastic?

Australian sport’s most powerful ruling body may finally be about to face its reckoning.

As if. But it’s nice to imagine it could be possible.