A PASTOR attempting to demonstrate God’s power by walking on water has been eaten by crocodiles.

Jonathan Mthethwa was killed by three crocodiles as he carried out a religious demonstration in Zimbabwe.

Shocked witnesses said the clergyman had “prayed the whole week” before the stunt went tragically wrong.

He had also fasted in the lead-up to the attempted miracle, which was inspired by a Biblical tale of Jesus walking on water during a storm.

Horrified members of the Saint of the Last Days Church said the pastor was completely devoured in a “couple of minutes”. 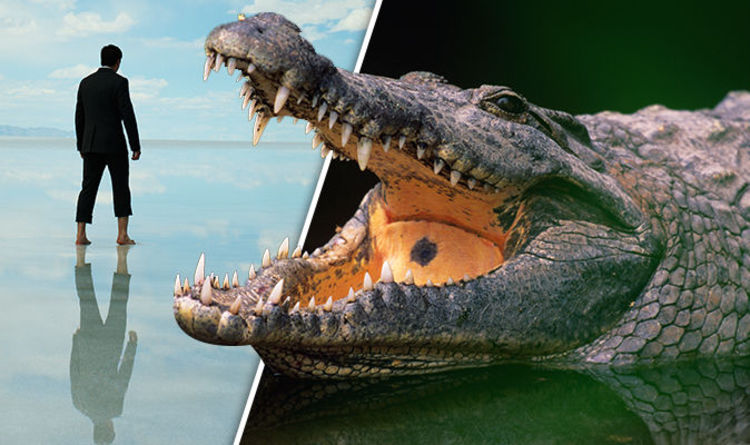 A PASTOR attempting to demonstrate God’s power by walking on water has been eaten by crocodiles.

I think this blokes a shoe in.

Do not put the Lord your God to the test!

Did he not realise after the first few steps that he wasn’t actually on top of the water??

I think this blokes in shoes. before the stunt went tragically wrong.

If someone gets run over by a croc driving a Toyota hiace unlicensed, then by all means it’s controversial and something “went wrong”

Apex predator doing some apex predating on their home turf is exactly what’s meant to happen
This wanker getting eaten has probably stopped half his paritioners getting sucked into doing something equally stupid.

This ■■■■■■ getting eaten has probably stopped half his paritioners getting sucked into doing something equally stupid.

Sadlly it is probably only half too

Stupid crocs. If only they had waited for a few extra minutes, they would have feasted on much more.

Croc may have been disappointed the bloke had been fasting prior.

Up there with this guy 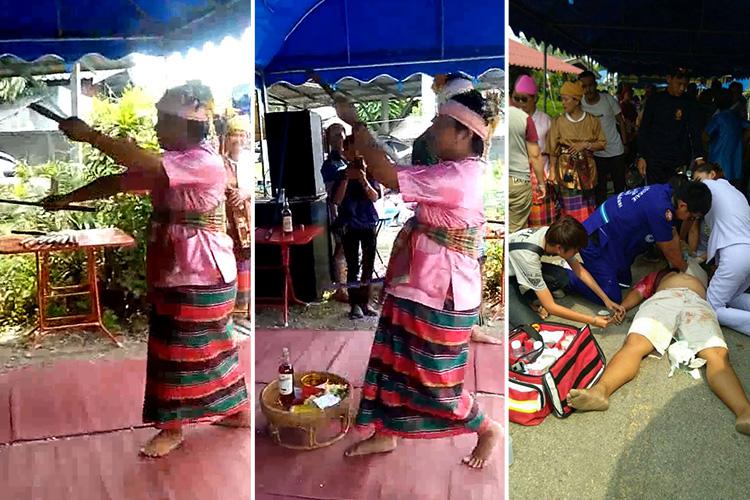 Psychic accidentally stabs himself to death in bungled act to prove his...

A PSYCHIC medium died after reportedly stabbing himself in the heart during a bungled act to prove his immortality. Theprit Palee, 25, had been performing the traditional dance in front of spectato…

When it comes to such things, … I’ve always gotten a giggle or o/wise been left aghast at a show called “A Thousand ways to Die”.

There’s a barrow load of Darwin Award candidates amongst them.

Television's destination for premium entertainment and storytelling, with original scripted and non-scripted series.

Bit if a crossover with the movies thread, but is ‘every single member of the cast of Alien: Covenant’ a valid Darwin Awards nominee?

Why would god suddenly start suspending the laws of nature for this guy? He’s never done it before.

Maybe this guy would have been a good participant in this study : https://www.ncbi.nlm.nih.gov/pubmed/28392301

These two idiots.
Indian stunt men who cannot swim drown doing a stunt in a reservoir. 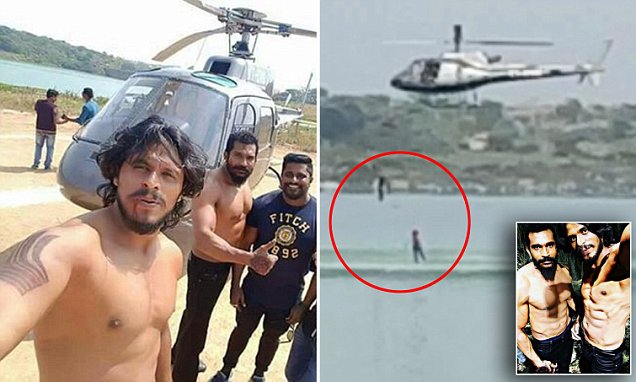 Horrifying moment two stuntmen die after jumping from a helicopter

Officials say neither Anil Verma, 31, nor Raghav Uday, 38, could swim, and a criminal investigation has been launched.

You would think those conducting the investigation would be able to have a pretty relaxing lunch and still make a 2pm tee time.

What are your thoughts on Anton Enus?

There’s been a few times over the years when I thought I might qualify for the Darwin Awards, but somehow I’m still here.

Was one of them bad mouthing tippa?