May as well start a thread for the upcoming Premier League season. West Ham have signed Jack Wilshere on a free from Arsenal. Think he will be a good signing for the Hammers as their midfield playmaker.

Very good signing for west ham, especially on a free

Is conte still manager of Chelsea? I thought he was going to be gone after the FA cup final

Conte still there. Although I’ve seen a fair bit of unrest from Chelsea fans regarding a lack of activity in the transfer market. Probably pretty hard to get deals done with a World Cup on at the moment though…

Have been a mad & lifelong Reds fan ever since the early 80s - when Craig Johnston played for the Reds.

Just found out that my uncle is currently doing some work for the Club. Begged him to line up some tickets to a game in 2019. All sorted, so off to Anfield I go next year.

Enjoy! Managed to get there myself for the first home game in 2016 against Leicester. Amazing day. A 4-1 win against the reigning champs helped as well!

That’s a bucket list item for me. Been for a non-match day but never for a game. Jealous!!

Yes, read that this morning. Think I read Leicester were looking for 140mill, had to settle with 107mill.

Yes, read that this morning. Think I read Leicester were looking for 140mill, had to settle with 107mill. 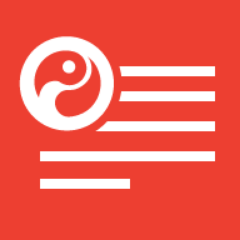 DONE DEAL: @Arsenal have signed 19-year-old Matteo Guendouzi from Ligue 2 side Lorient for an undisclosed fee. The midfielder will wear the No.29 shirt. https://t.co/5hbQ7mrhTA Jean Michel Seri, linked to the likes of Arsenal, Liverpool and Barcelona over the last 6 months, signs for Fulham. Great signing by the newly promoted Cottagers!!!

City should bid for a 2nd license.
Man City and Man City A.
Bit like the Australian cricket team in the one day Comp years ago.

Reports suggesting Conte is gone with Maurizio Sarri expected to be the next rat in the treadmill.

Sacked today. They just had to wait until the messy Sarri/Napoli saga played out

Awesome - hopefully conte does as bad a job as ventura did for the italian national team.

Conte is a brilliant coach, he will do fine. Plenty of good Italian youth coming through and he will be ruthless.
Can’t see Sarri lasting as Chelsea, madness to replace a bloke that is a winner with a bloke who’s teams have failed to get the job done

Don’t even mention those two in a sentence, one is a great coach, the other (Ventura) an absolute ■■■■ head who is hated by millions of people

It looked like Conte had checked out of Chelsea in February. Certainly didn’t back up their title defence well, some of the buys were pretty ordinary. You wonder whether any Chelsea manager will be able to build anything and stay there for more than 2-3 years. Jose probably got the closest, 2 spells totalling 6-7 seasons I think. Other than that lots of 1-2 years appointments…