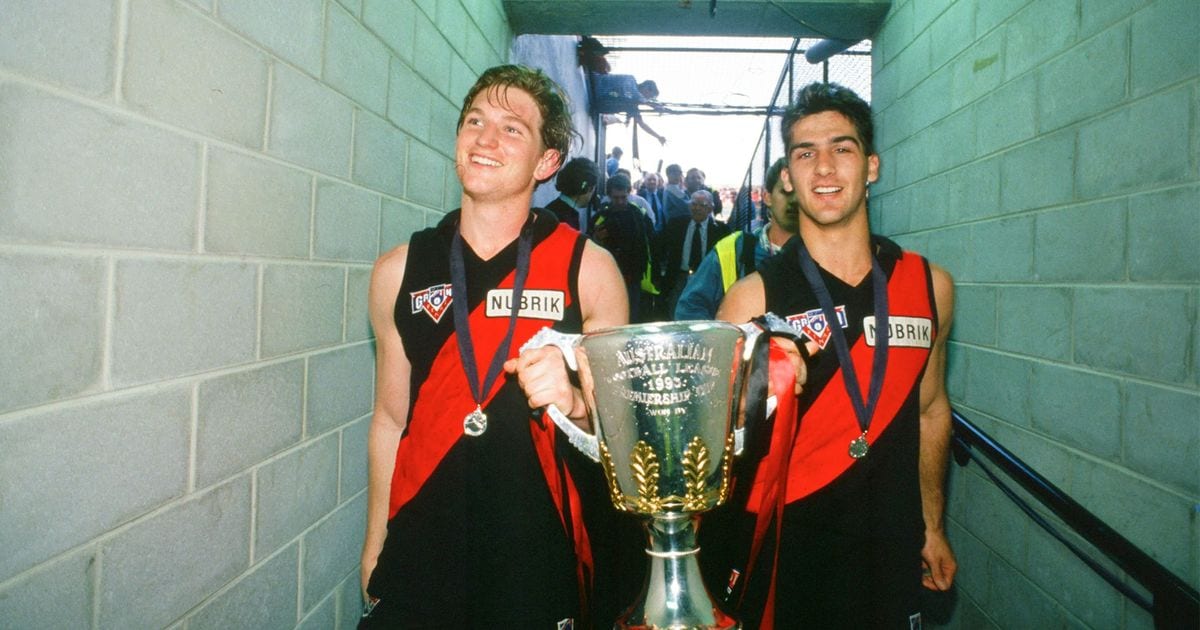 Get your off-season footy fix in the lead-up to Tuesday's docuseries premiere.

Only catch is that I can’t seem to find them on Kayo, might be a Foxtel only special? Has anyone seen these on Kayo? 2000GF seems to be on there, that’s about it.

For those o/s, WatchAFL is doing this too. I’m hoping it leads into the doco on Tuesday but the TV guide doesn’t scroll past tomorrow.

Caught a little of the 2001 come back v. Norf earlier this morning, before l had to go look after some cats. Now watching the 2009 ANZAC game. Good stuff.

I had to sit down and watch the last quarter. It gets me every time.

I just watched the last quarter too. Gets me every time too.

Thanks for the info @goon_squad am taping all the others matches.

It’s a different game. So many cheap shots back then.

It’s on 504 fox footy, good memories of a better time in footy

Just saw the pic of Bill Hutchinson running through the banner. I always sat on the fence seats on the opposite side of the opening to the girl standing there every match I went to. That looked like Howard Oakey in the long coat. Some time later he was my boss at Myers. My mum had a BiG crush on Hutchy.

Halftime in a tight first half of the 85gf.
Leigh Matthews last game, tune in if you want to see him in tears after the Bombers blow 'em to the weeds

Geez it doesn’t get much better than the baby bombers 93gf win, massive intensity from go to whoa, the deadshit Blues didn’t know what hit 'em

How many weeks would Wallis get for that bump these days?

How many would Dipper get for his elbow to Walsh’s head in the 84 GF?

Only catch is that I can’t seem to find them on Kayo, might be a Foxtel only special?

That 2009 Anzac game got me again today, i just could not leave the Tv…when we were just about dead and buried it was Andy Lovett and Jobe that sparked us in to action.
Great to see also see our Indig representation back then of Ryder, Jetta, Lovett-Murray, Dempsey, Lovett & Davey.

93 is a fun watch. You always remember how ■■■■ Athorn was, but then you see it again and it still shocks.

That whole 93 finals series is worth a watch again over the off season, just magic.