Another cracking dinner at San Telmo.


Cannot split all the beautiful roasts and a great bottle of Malbec to wash things down.

Cant go past an AM Kebab from Alasya's on Syd Rd on the way home from the rubbidy ... heaven in foil.

Or, home as my wife is a master chef!

Had a top counter meal at the Metropolitan in North Melbourne during the week. Couldn't go past the "Fat-■■■■ Chicken Parmi" (truly bigger than your head), washed down with a couple of Marlborough sauv blancs. Well priced and tasty.

I'll dock a star for it not being a four cheese pizza.

Gami on lt. Lonsdale… Seriously, the perfect spot to hit with the lads before a night out. Perfect deep fried chicken in a few different flavours (they have other shit, but no one ever gets it) and korean house beer by the keg.

I’m in Sungapore this week.

Gimme some tips on where to eat.

(and no I ain’t going to four floors…)

Is also on the way to Windy Hill, if you grab lunch and watch the reserves play. Quality

Was in the city Saturday night and the Better Half fancied Greek food and Jim's Greek Tavern were booked out so we ended up going to the Koutouki Cafe in Richmond. Only tiny but really good food cooked by the owner's mum at very reasonable prices. Managed to fluke a park nearby too so all round it was a very good choice and I scored some sorely needed brownie points.

If anyone comes to Adelaide and wants to take me out to dinner we will go to Press. It’s yummy.

Is that real marble?

Have you gone veggie? I made Veggie Lasagne on Monday using Quorn as the meat alternative. It was good but yours "looks" better. I'd love the recipe. What sort of lasagne sheets do you use?

Have you gone veggie? I made Veggie Lasagne on Monday using Quorn as the meat alternative. It was good but yours "looks" better. I'd love the recipe. What sort of lasagne sheets do you use?

I used these lasagne sheets. 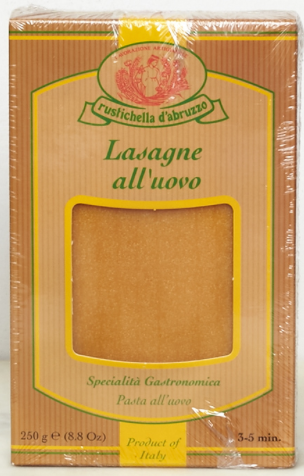 Cooked them for 5 min. What's good is they stay quite firm at this stage so they are easy to handle.
I cooked them once the other ingredients were ready so they don't hang around and stick together.
Sauce - fry off half an onion, then add a bottle of passata and a grated carrot. salt and a bit of sugar.  Cook for about 20 min.
In frypan fry off a couple of chopped leeks and 3-4 thinly sliced zucchini until nice and soft.
Thinly slice a pumpkin.  I use a mandolin slicer to do the thin slicing. Quick and easy and consistent.
Put a few silverbeet leaves (minus stalk) into a bowl and pour in boiling water from kettle and let sit for about 10 min. then drain.
That's it. You then assemble.
Bit of sauce on the bottom of tray. add a layer of lasagne sheets. add sauce, the leeks/ zucchini. then a good layer of pumpkin. it can be a couple of layers deep. A bit of silver beet. Then another layer of lasagne sheets. Sauce, leeks/zucchini, etc. Final layer of sheets. And then cover with sauce and grated parmesan. Cover with aluminium foil. 200oC for about 60 min. Pumpkin needs to be soft.
That's it. I think cooking the zucchini first gets rid of excess water and stops the lasagne going soggy.
Buon Appetito.
(Mrs Doe is vegetarian, but I'm happy not to eat meat at home. Makes cooking much easier).
GRR September 4, 2013, 8:47am #18

Cheers. I'll give it a go soon.

There's a Greek place in West End, Brisbane where you order at the counter, and serves your food as you're walking to your table. Char Char Greek or something. It's unlikely the most authentic Greek food (everything comes with a side of thick cut chips) but it's delicious, cheap and stupid-fast.

When I get my new oven pan I’m going to make a massive moussaka. Can’t wait.