I got bored and decided to take a look at some old EFC highlights tonight. Stumbled onto this video: 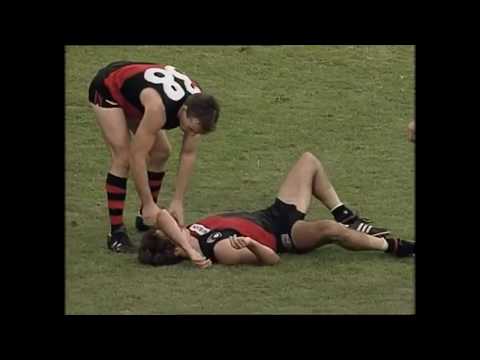 I think we can all agree that Moorcroft’s legendary grab is probably the best ever, but what are a few of your other favourite EFC marks?

Personally I think Geoff Blethyn soaring over the pack and Harvs diving back with the flight of the ball against NM are absolutely brilliant. Wanganeen vs WC is a ripper, too.

Just saw this pop up on my Facebook feed If you talking weight of numbers vanders wins easily

That is truly terrible… and I love it.

Why aren’t they wearing shorts.

Dead set Lloyd had the best hands the game has seen.

There’s just too many to choose from

Unfortunately that day was a forgettable one aside from that. Early career Lloyd really got up there didn’t he? Up until around 2003 when he got really big, but before that he took some classic high marks. Simon Madden could really fly for a big ruckman…

Hardingham could have been anything overhead.

Hopefully it includes Caracella’s death defying match winning mark against the Cats in 97. Chest mark and he never left the ground but possibly the best I’ve ever seen. Context does it every time.

Hardwick took a massive hanger against Fitzroy in 94 or 95 at princess park, but the game wasn’t televised. There was a photo of it, but can’t find it online.

We are obviously talking about the mark against Fitzroy.
Looks like he went up twice.

That’s the one.
Raines won mark of the year, and when he was accepting the award was gracious enough to say the SMadden’s mark was better.

Was that Fitzroy game the one where TD kicked a goal 20 out directly over his head ?

Possibly. Was Windy Hill, but I was only 10-11 years old back then

if only there was plenty of Coleman footage, then this convo wouldn’t need a big asterisk