Hobart- a nice place to visit?

Heading down at the end of the month for a wedding. Have a few days spare to look around. Any pubs or restaurants anyone would care to recommend? Also- do I need a full day set aside to see Port Arthur? TIA.

Grab a burger and beer taster paddle at Jack Greene, good pizzas next door too. Definitely MONA, museum then indulge in the wine or Moo Brew. Walk Battery Point, gorgeous little houses and streets. Drive up Mt Wellington, stopping in at Cascade on the way. Hobart is great for a few days.

Thanks everyone, that’s me set. Much appreciated. Now, I wonder if they do tuxedos in thermal wool?

I always eat at the bar, think it’s called the Long Bar, it’s in the Henry Jones hotel on the water front. They have some great beers and great small plates. Can’t recommend much more than that.

I recall there’s someone on here that owns a bakery in Hobart that’s supposed to be good, and some infamous blitzers run a cafe somewhere down that way.

Second head has to go in checked-on luggage.

Yep, actually the reception is at the Henry Jones, so all good there. Cheers!

Theres so many great places to eat in Hobart itself. D’Angelo’s in Battery Point does superb pizza if you can block out the Carlton memorabelia covering every wall. Salamanca itself is literally crammed with good to great restaurants so you can’t really go wrong.

Mulan in North Hobart has authentic Chinese at good prices.

Capital is an Italian Restaurant in North Hobart serving the finest traditional Italian pizzas, pastas & desserts. Contact us to make a booking today.

The Glass House on the waterfront is high end and spectacular

It floats but it’s not a boat. Suspended over Sullivan’s Cove, The Glass House has redefined style on Hobart’s waterfront. Elegant cocktails, Tasmanian inspired shared plates, international flair and 280 degree water views. In a Glass Pour...

Personally I would head out to MONA for a wander and then on to Stefano Lubiana winery at Granton for lunch. Really good, simple food, gorgeous setting and the best wines in Tassie and probably Australia.
http://www.slw.com.au/slw/osteria.htm

Oh man Lubiano, fantastic wine. Not sure what you can taste there, or if it’s cheaper than Dan’s but they’re right up there.

Is there skiing down there? Looks cold enough. And the last time people I knew went to Hobart they got shot at.

Hobart is a beautiful place. Enjoy.

Oh man Lubiano, fantastic wine. Not sure what you can taste there, or if it's cheaper than Dan's but they're right up there.

.... Now, I wonder if they do tuxedos in thermal wool? 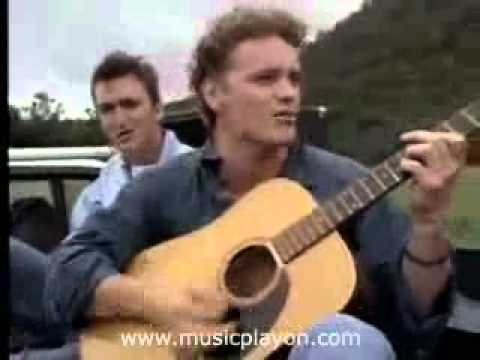 1990 was possibly the worst footballing year of my life up until the current situation. The week before essendon played in that fateful granny due to Peter Sumich being a spacky, my local team the robins or north Launceston (now known as northern bombers) played Hobart in the TFL gf as it was known then. This was back when 25 k people would turn up to watch state footy grand finals.
The robins copped a mauling after our captain and spiritual juggernaut Steven Goulding went over on his knee in the first quarter. To make it worse, these ■■■■■■ up Hobart supporters behind us starting singing check one two but changed it to;
heeeeeey Hobart,
booooooo the robins
Tell you robins what were gonna do…
The next bit wasn’t repeatable.
I’ve hated that song ever since and Craig maclaughlin and his foppish hair.
And yes id like to think its a cool story and don’t call me bro.
Fairybread July 2, 2016, 10:59am #18

Don’t leave Hobart until you have seen the Cat & Fiddle.

Is there skiing down there? Looks cold enough. And the last time people I knew went to Hobart they got shot at.

Yeah well what did they expect… they interrupted my banjo playing.

Mate, I was out sailing on the Derwent the other day and thought the ■■■■■■ pirates were going to get me. It was close.