I’ve never read any of the books and probably never will because GRRM will die before finishing them. So I’m strictly speaking as a show only watcher.

For me, the foundation of GOT, and the entire appeal of the series is the political game/behind the scenes manoeuvring and positioning for power. This, and even more importantly, the absolute strict adherence to grounded consequences over shallow flashy spectacle. Both backed by writing, costume/set design, performances etc with a sprinkling of magic.

For quality, HOTD is somewhere in the middle of the gaping chasm between peak GOT (S1-4) and dumpster fire GOT (S7-8).

Viserys arc was really well done, and ep 8 was excellent for mine. But there’s also been some really stupid ‘spectacle’ stuff that is frustrating, several mindless poorly written kills etc.

The Viserys arc tells me that at least some people there know what they’re doing, so I’ll keep watching for now. If dumb spectacle begins to creep in more like it did in episode 9… I’ll peace out.

Sums it up well

i reckon the writing is just amateur, its bullshit and has no regard for fantasy settings.

As someone who doesn’t read fantasy or really watch out outside of thrones, what do you mean by the last part?

i’ve really enjoyed the series so far , despite some changes to the books… which were never as detailed as the Song of Ice and Fire books.i thought Viserys arc was an improvement on the books if anything and the shows is reasonably in line with what is written. Better than that vomitous Rings of Power

Sticking with this series until it finishes. But unlikely to keep watching future series (if they have any more) if they’re written and acted like this.

despite all of game of thrones acolades, at its very core it is still a fantasy with all that entails, mythical creatures (dragons), magic and the like, they’ve literally just written a ■■■■ drama in a medieval skin and added a nuke in the shape of a flying lizard.

season ended with the event i hoped it would.

bring on season 2 in a couple of years.

that should’ve been episode 5.

legit 8.5 boring episodes for that, very poor writing and pacing

Climactic event in the season finale was executed superbly, with some excellent cinematography.

Ultimately a very solid first season. 3 stars, maybe 3.5. A litany of quibbles but I enjoyed a lot of it and they actually made ‘an old geezer walking’ into a genuinely epic scene.

I’ve skimmed wikis so I roughly know what happens in the book. Some characters seem to have been significantly watered down, (both queens notably, and the Cole guy in particular has been butchered).

A lot of the dumb stuff wasn’t in the books (a few mindless kills, the dumb daemon beach section, Rhaensys awfulness) or was executed better, but on the flip side the entire Viserys arc which was great wasn’t in there either.

Also the Viserys actor absolutely tore it to shreds. Otto, adult rhaenrya, young alicent were also very good. Dr Who guy’s unsettling lack of eyebrows makes me irrationally dislike him even if his character is probably the most interesting.

Also the Viserys actor absolutely tore it to shreds. 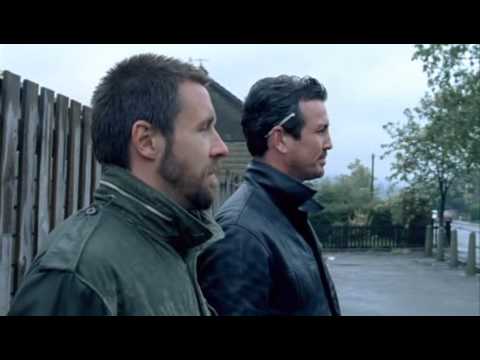 I’m up to episode 5.
Struggle at times to understand who is who in the grand scheme of things.
It’s not as good as GoT. To be honest, it’s tough to beat the first 5 seasons of that show. It had a lot of characters and families to latch on to and it also had clearly defined villains and heroes. This one is closely tied to the Targaryen daughter and brother. No real defined heroes yet and only there Targaryen brother as the nearest villain.

I’ve watched the rest.
The last 3 episodes are where it all gets interesting.
The only problem with the series is I don’t really care for the characters one way or the other. Daemon is probably my favourite character.
There were a few moments that were done to create a reaction, but because you don’t care for the characters, it doesn’t quite hit the spot.
When the old king walks into the throne room when Rhaenerya and Alicent make their claim for the throne.
When Rhaenerya delivers a dead baby.
When the dragon comes up through the floor of the throne room.
Moments like these were done far better in GoT.
Otto’s plans after the King passes could have been done more GoT-like but again, the character really isn’t well developed.
I think it’s a decent season. Not great, but not terrible. I’ll keep watching it. I think the next few seasons as the Houses go to war will make for interesting watching.
But the acting and the writing is really dragging the show down.
The show needs a villain. Then it’ll really get interesting.

Edit…
Even the end of Episode 10. Aemond should be more vindicative with his actions. But the writing pulls back on it. It’s like it’s going out of its way to not paint a villain at all.

I think Aemond just wanted to scare the ■■■■ out of his nephew Lucerys, but he lost control of his dragon. Now, oops, he’s started a war.

As for a villain, that’d be Ser Larys (the foot guy), surely.

I started rewatching HOTD from episode 1 on the weekend.

Again after the first 2 episodes was beginning to lose interest.

Half way through episode 3 started to get into it, from then was looking forward to the next episodes. I really enjoyed it, think the continuity made it so much better.

Loved the dragons and looking forward to the next season.

Yeah. It took me far too long to work out who was who. And the story to begin with was on the boring side,
Whilst watching it, I didn’t think it was that good until the last three or four episodes.
Now that’s it’s been about a week since watching it, I’ve appreciated it a lot more. And I think it’ll end up being not as good as the first four or five seasons of GoT but will sit perfectly well above the last few seasons of GoT.
I think the next season will be able to be watched without comparing against GoT, but against the first season.
I also don’t think they’ll rush this part of the story. I think it’s intended to go for 4 or 5 seasons max.

And I think it’ll end up being not as good as the first four or five seasons of GoT but will sit perfectly well above the last few seasons of GoT.

Better shows than the last 3 season of game of thrones have been cancelled.

i loved it … the earlier episodes were setting up the characters and GRM has loads of them… would like to see a little finger type . I think the acting was superb and made the slower moments bearable. Looking forward to the next seriss