Jackie Lambie says the Greens and ISIL are the same 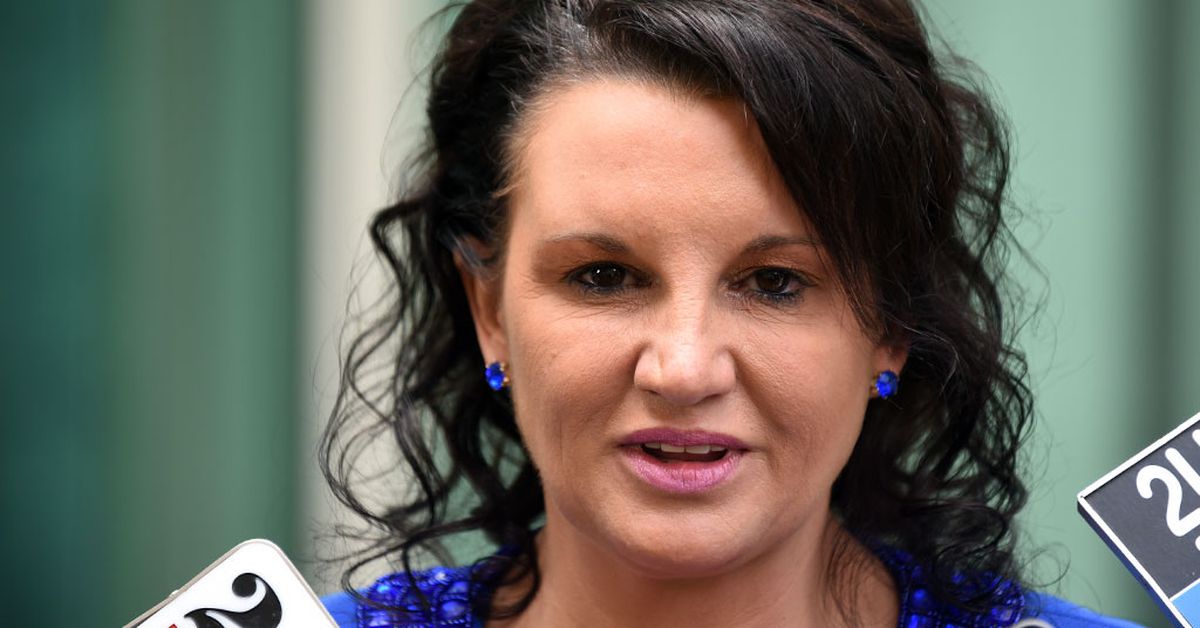 Jacqui Lambie is a ■■■■■■■■. I won’t ever vote Green, but even I know they think they’re doing the right thing by the country. Serious question: How’s she doing in the opinion polls? Comparing the Greens to ISIL sounds like a “last chance saloon” style media grab for the Bogan vote.

She’s a Tasmanian senator. She thinks this is the way of protecting her meal ticket.

Hopefully she’s wrong; but that is only a “hopefully”.

For some reason I cant help but picture Bob Brown dressed as a terrorist.

Just on the greens, I think Larissa Walters is probably the best looking politician, yes/no?

For some reason I cant help but picture Bob Brown dressed as a terrorist.

Wasn’t that a Murdoch front page once already??

How does a terrorist dress? Mitch Johnson 'tache?

Oh, and its “Waters” isnt it? Not Walters?

Oh, and its "Waters" isnt it? Not Walters?

Oh, and its "Waters" isnt it? Not Walters?

It is, Auto correct.

People voted for her.
Isn’t that scary?

Actually said the color she turns when she Is ill & green are the same.

To be entirely fair. Jackie Lambie is an absolute idiot.

True, but she’s certainly not backward in coming forward. Her campaign slogan should have been …

Kinda weird how after the election everyone was talking about the rise of the Palmer party as a legitimate political power, and howling about how the ‘undemocratic’ election of various independents etc on weird preference distributions would make governing the country impossible. Two years later, and Palmer’s party has imploded, he never even shows up to Parliament, and his candidates are self-evidently a bunch of loons, while the independents are actually mostly doing ok. And at the same time, after everyone mocked Ricky Muir when he showed up - ‘Motoring Enthusiasts Party’, kangaroo poo fights, etc etc - he’s turned out to be a solid, competent, very reasonable guy and I sincerely hope he gets re-elected.

Shows what the political media knows…

She was on QandA last night, and kept speaking about politicians as if she wasnt one, which was strange.

She was on QandA last night, and kept speaking about politicians as if she wasnt one, which was strange.

I’m more interested in how they vote than what they say or how their comments are portrayed in the media, especially when the cross bench hold power and are placed under extra pressure by pressure groups and political power. I’m not sure how accurate this website is, and I don’t think it includes reference to her refusal to support the government over higher university reforms or the pressure she applied that lead to the government back down on defence pay, but, even though I generally vote Green, I support a number of her decisions, which is a bit surprising. Her voting record is better than a lot in parliament. She certainly has shown herself less than willing to toe party lines. I think I’ve known, and I have to say liked, a few Lambie types over the years and she certainly leads with her mouth. One thing I’ll say for her, although I certainly wouldn’t vote for her, primarily because of aspects of her environmental policy and foreign aid policy, is she doesn’t seem too fussed about ruffling feathers.

How do they vote?
Voted very strongly for

Voted a mixture of for and against

How does Jacqui Lambie vote on issues that matter to you?