Hawthorn’s fears that success with an old team could squeeze out young players could in part be realised with promising young talent Jed Anderson asking for a trade.

Anderson is contracted for next year but has asked the Hawks that if a trade was possible he would like to move to another club and get more opportunities for regular senior football.

Anderson was down the pecking order at Hawthorn this year with the midfielder and forward managing only four games for the season as he tried to work his way back into the team after missing all of last season with a shoulder injury. He played six games in his debut season of 2013.

Billy Hartung, emergency in the grand final, is pushing to be next in line to come into the team while Will Langford, a premiership player last year, had also been edged out of the team this year and is determined to reclaim a place. The club also traded in Jono O’Rourke from Greater Western Sydney last year and he is among the players - including Anderson - the club had earmarked as the next generation to begin working into the team to keep the premiers rejuvenating.

West Coast is keen on Anderson, 21, who is originally from Katherine in the Northern Territory, while Essendon and Carlton are also believed to be amon several more clubs already expressing interest in the fringe Hawk. Others are sure to join the hunt if they believe he is attainable.

Hawthorn list manager Graham Wright said the club had consented to Anderson speaking to other clubs and canvassing options.

“He has asked us if he can have a look and we have agreed,” Wright said. "We understand that he would like more opportunities but we feel that opportunities will come with us. We have allowed him to talk to a couple of clubs and we will see where that takes us, but Jed is a contracted player for next year and a required player.

“Like any club, we certainly won’t be doing anything unless it is right for us.”

Hawthorn had already indicated ahead of this trade period that they were unlikely to be active in seeking to bring players into the club and were more inclined towards the draft so it would appear likely a club would have to offer draft picks rather than a player in any exchange for Anderson likely to tempt the Hawks. 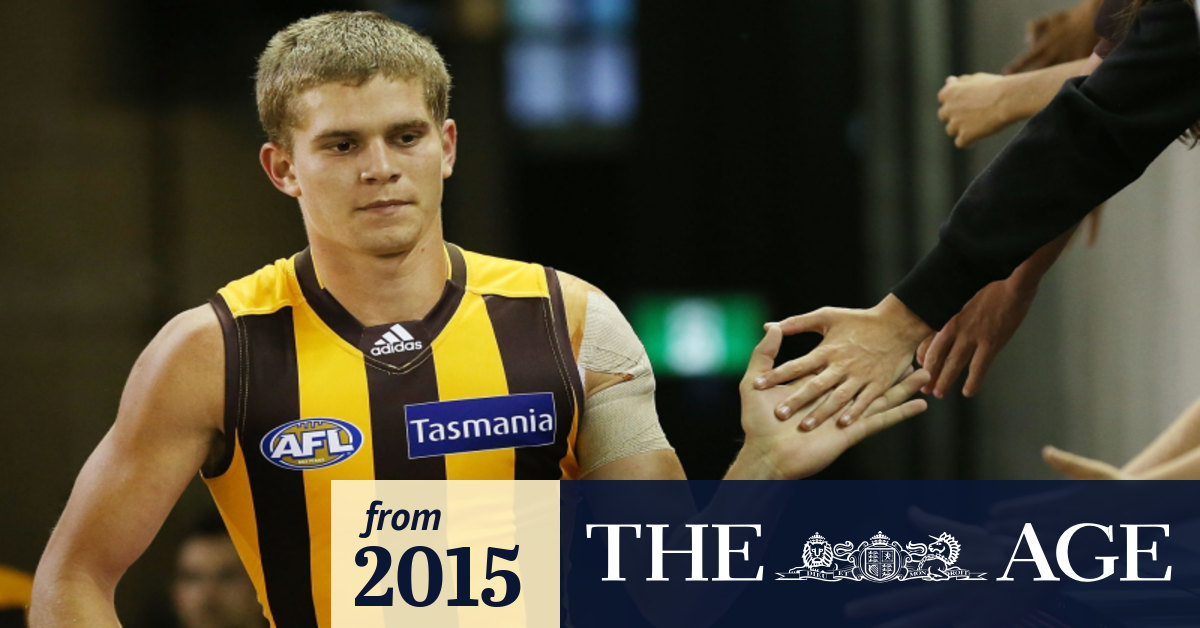 Hawthorn's fears that success with an old team could squeeze out young players could in part be realised with promising young talent Jed Anderson asking for a trade.

Really feel this is the player we need to chase. Will bring class and dash to our team thoughts?

We’re out of this one.

Out of curiosity, are we not interested or his not? Or too expensive?

If I’ve been paying close enough attention to this thread I think that’s definitely the case,

Of course Cyril wasn’t the last one. At least 2 or 3 since Cyril have gone undated.

Where has this come from that Hawks are super into Rioli? Has his testing really shot him that far up the draft as well?

it’s more the fact he’s last name is rioli and the last one turned out pretty good. If we don’t get him, we should kidnap and hide him in our drug dungeon for a year until people forget about him, then we’ll recruit this unknown kid next year named iloir ;).

PS no i don’t condone kidnapping of potential afl players to force them to play for us, unless it has a high chance of working.

Where has this come from that Hawks are super into Rioli? Has his testing really shot him that far up the draft as well?

Nothing seems to go our way lately, so… probably not.

I can’t bear the suspense. Are you referring to Bennell or O’Meara?

Neither. Not referring to anyone.

I can’t bear the suspense. Are you referring to Bennell or O’Meara?

Anderson still has a year left on his contract… With 5 clubs interested, hawks will want (and get) top dollar for a kid that they have already earmarked as a VFL player.

EFC has been linked with almost every player that is thinking of leaving for the last couple of seasons… and it is absolutely true that we only land the ones that are old. On that basis we would have no chance on Anderson unless we paid overs for him. If we are going to pay overs… then I would prefer a player who has a strong history of play at the AFL level please.

Potential gun I think. Hawks couldn’t demand more than our second round pick as he hasn’t really proven to be worth more. We must have a crack.

I really wanted him when the dorks got him for a half eaten packet of chips, I thought we could have matched that offer but didn’t seem want to. However I wonder if he is injury prone? If he is then he might fit right in at the TVSC. I am nowhere near as keen as I was back then. If the asking price was not too high, stuff it “…sometimes you’ve gotta say, what the frig!”

I wonder if him and Edwards spent time together at Gws, if so maybe Shaunye can get in his ear and get him across.