Interested in where people rate our midfield this year in comparison to the better sides in the competition.

We have a little more depth in the ruck division this year:

Assuming we have a RR, a rover, two wing men and four rotating through you’d probably pick (in order of selection):

with Stringer, Walla, Townsend and Fantasia pinch hitting at times.

On the cusp of selection and making some of the above nervous:

Guelfi, Cutler and Ham on the wings
Clarke and Hibberd as big bodies
Mutch as a utility type

Where do you think we rank against the top ten sides from last year?

I’d have us second last on the list of those teams, just ahead of Port. I hope Draper is able to play in the backend of the year because I have no faith in Bellchambers this season.

Lol we aint anywhere near those sides

We should be aiming to match Geelong, Brisbane, Hawthorn and Port. There others have top 4 midfields and why they are rated top 4. Our midfield is more the 5-10 quality.

It’s our forward line that will determine where we end up out of that 5-10.

*the OP needs a centre position. I’d have Brisbane, West Coast, Richmond, Collingwood and GWS as head and shoulders above the rest.

Western Bulldogs are probably next in line, then a throw a blanket over the rest. Might be harsh on Geelong, but Selwood and Danger aren’t getting younger, and Tim Kelly is an enormous loss to that group.

Agree with that summary @Chris_1993

Hawthorn? ■■■■ me. Mitchell is epic but outside of that they’re average. An average 21 year old won their best and fairest. O’Meara is over rated. They were rubbish without Mitchell last year.

Agree that Hawthorn aren’t spectacular as a midfield unit anymore but I guarantee people would be absolutely frothing over Worpel on this board if he were in Essendon colours and had the season he did. He’d be hailed as the second coming. Just shows how differently we view players through the lens of a supporter vs opposition club players.

It just speaks to their lack of quality in there though. Langford could have had that season as their main midfielder. Both good players but far from elite. And if you have a player like that winning your best and fairest i think you have problems.

I do actually like Worpel as a player by the way. I was being a little harsh.

Three or four of them are extremely consistent (Smith, Shiels, Henderson and Mitchell), Worpel is developing really nicely, with O’Meara and Wingard able to dominate on their given days. It’s a solid, without being outstanding, midfield group.

Perceptions are that our midfield is poor because we do not even have 1 top 8 midfielder.
When pundits look at stats they say we are not too bad and last year the AFL scribes rated our midfield 7th

But all our mids are just average to above average. Thats the reality.

But things are changing, some of the top players are aging and new ones are going to the next level.
Worpel is an example of this. 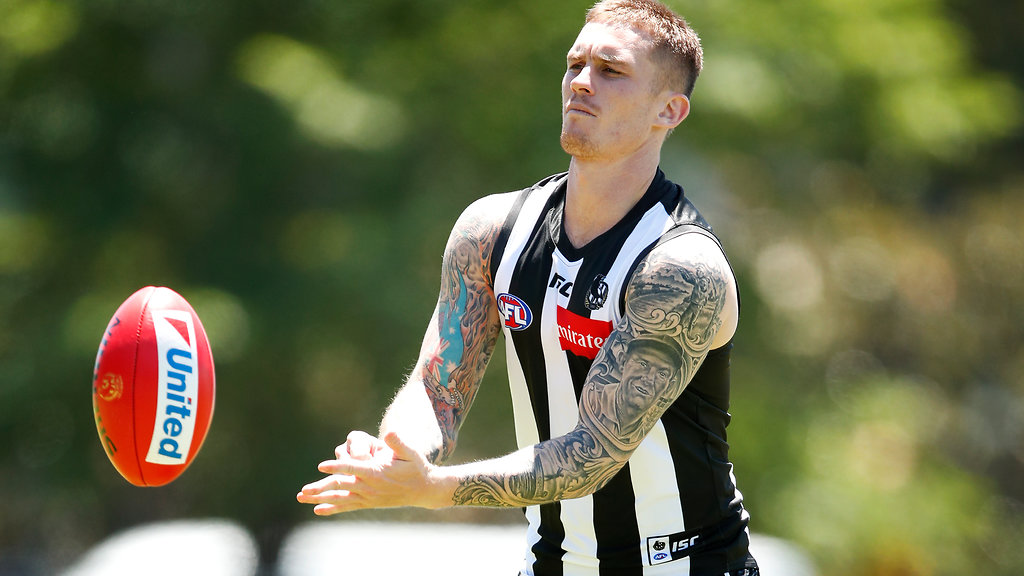 Who has the best onballers? We rank every club

The Pies' midfield is stacked with Beams retuning, but do they have the best? Our reporters rate your club's onball division

It just speaks to their lack of quality in there though. Langford could have had that season as their main midfielder. Both good players but far from elite. And if you have a player like that winning your best and fairest i think you have problems.

I’m sorry. I like the glimpses Langford offers within matches of the sort of player he could become but there is no way in a million years Langford was winning a hypothetical best and fairest at any club last year, regardless of opportunity as the ‘main midfielder’. That’s outrageous!! Haha

Haha, yeah i’m being a little silly. But anybody that has the Hawks midfield in the top 10 or so teams hasn’t been paying attention. O’Meara out AGAIN this week by the way.

Unproven upside is where we are at.

Plenty of talent, but hard to see our boys beating west coast, pies, gws, richmond head to head. And even then the next rung of sides would provide us with plenty of headaches.

Anyone worked out how we can get Jordan DeGoey over from Collingwood yet?

I’m interested in Stephenson. They haven’t picked him 2 games in a row now. He was fit for both.

our midfield is full of poor kicks

it’s what separates us fron the rest. if shiel, heppell, Smith and to a lesser extent McGrath could all kick and be damaging by foot, we’d be a lot, LOT better

I wouldn’t be sh11t-canning anyone until you’ve seen our team play.
We beat Freo in round 1 and people are putting Freo somewhere near the bottom of the ladder. This is different season for everyone but there are certainly some that will adapt to the changes better than others. I don’t think we are one of those. I hope I’m wrong.