Please let that not be true.

Yes, I just saw that. Vale a great Essendon man. I saw just about every game he played and absolutely idolised him.

You were luck to see him, as tough as they come. One of the best players to pull on a Bomber jumper 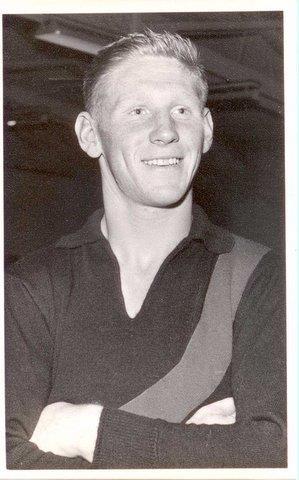 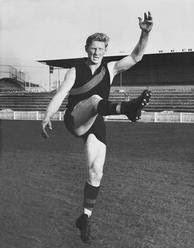 RIP Bluey. The centrepiece of arguably our greatest ever half back line, along with Alec Epis and Barry Davis.

i just checked my autograph book from my childhood, Bluey;s autograph is in it, makes me feel really good. It would be from around 1965. I was pretty young

RIP Bluey. He was one of my dad’s favourites and dad took great pleasure in recounting his tough playing footy exploits.

I saw Bluey play many times. He and Hughie Mitchell were my favourite players. To me he played in the greatest half back line since I have followed Essendon since 1954. Epis, Shelton, Davis. RIP Bluey.

A very sad day. My boyhood idol. Great player and by all accounts a very good human being. RIP, Bluey.

The Bombers are mourning the passing of club great Ian 'Bluey' Shelton.

After a long battle with illness, Shelton passed away surrounded by family on Wednesday morning at the age of 81.

The Bombers great played as a centre half-back for 91 games in his six seasons with Essendon between 1959 and 1965, winning two premierships (1962 and 1965) during his established career.

Shelton was also named best first-year player in 1959, claimed the Outstanding Services Award for the Bombers in 1962 and was appointed Essendon vice-captain in 1965.

After being awarded life membership of the Essendon Football Club in 2005, Shelton was formally inducted into the Bombers’ prestigious Hall of Fame in 2019.

Hailing from Avenel in country Victoria, Shelton sparked the interest of local VFL recruiters while playing senior football for Avenel in the 1950s.

Recruited to Essendon, Shelton had to overcome early permit and injury problems in his first year for the Bombers in 1959, but after five years in the system, he missed the 1964 season because of a serious eye injury suffered at the family farm, which led to fears he would lose his sight.

But Shelton made a miraculous recovery to become a major part of the 1965 premiership side as the Bombers’ vice-captain. Retiring from the VFL at 25, Shelton took up a captain-coach role at Seymour before ending his football career with Avenel, back where it all began. 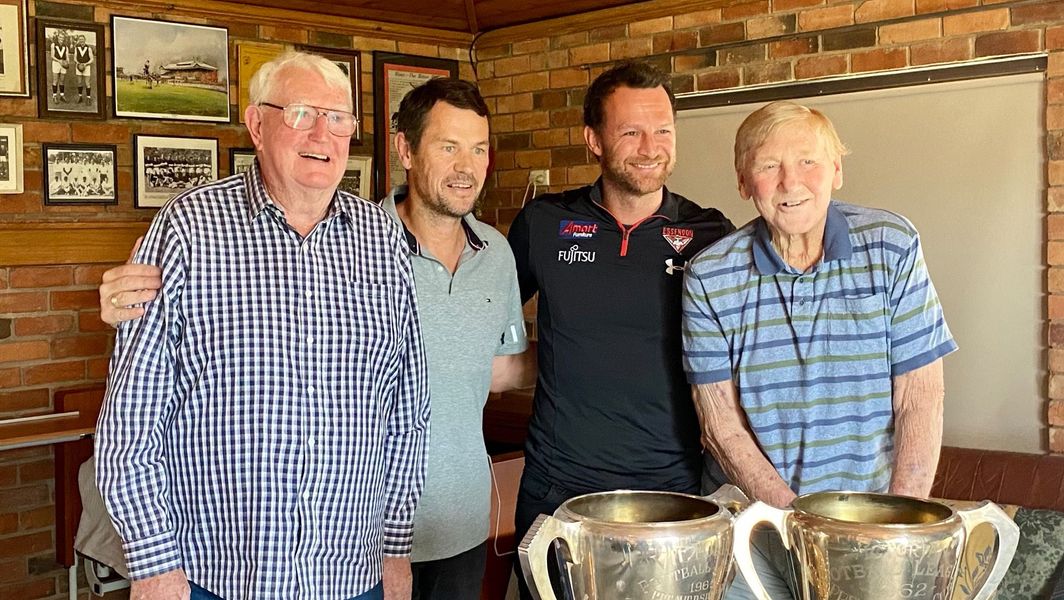 1064×600
Paul Doran, Mark Harvey and Xavier Campbell during a trip to visit Ian Shelton (right) in Avenel in February.

President Paul Brasher said the club was mourning the loss of a Bombers champion.

“It is with deep sadness we learned of Bluey’s passing on Wednesday morning, and we extend our sincere condolences to Bluey’s wife Marj and their family,” Brasher said.

“In a relatively short career, Bluey’s contribution to the red and black was significant and his on-field achievements were both many and varied. Bluey was known for his strength and courage and was idolised by many for his feats.

“It is a sad day for the Essendon Football Club and Bluey will be greatly missed.”

When Shelton was inducted into the Bombers’ Hall of Fame in 2019, Essendon champion Kevin Sheedy revealed the boy from Avenel was the reason behind Sheedy growing up as an Essendon supporter. 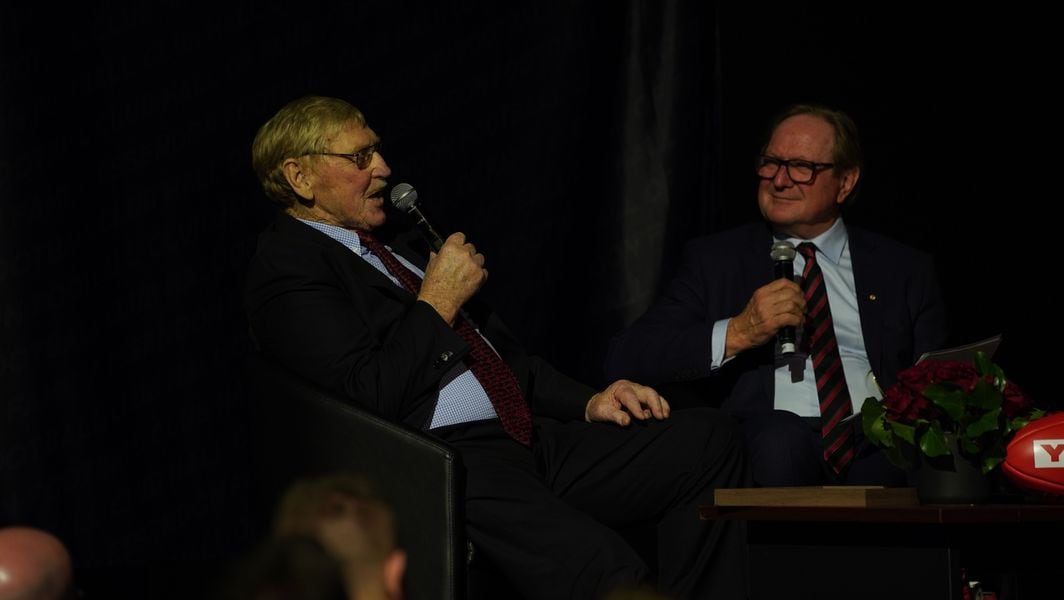 “Bluey is the main reason I grew up supporting Essendon. He is an incredibly inspirational player and even though he had a short career, his impact was profound,” Sheedy said.

“I wore the number 10 because of him and I never changed my number. When I moved into a coaching role, I always gave players that I thought would be very good players the number 10.

“To me, Bluey was the one person that Essendon needed to protect its wonderfully skilled team.”

Essendon’s players and staff will wear black armbands on Saturday night against Hawthorn in honour of both Ian ‘Bluey’ Shelton and Dr Bruce Reid, who sadly passed away in late October last year.

Hell ! I knew he had cancer, but it’s still a shock. I saw just about every match that Ian played for us. He was one of the greatest of the great. The famous half-back line, Epis - Shelton - Davis, has lost its heart.

He was a hard footballer, hard as nails. He was also one hell of a nice bloke. I had a long conversation with him at an Essendon function some years ago, covering every topic under the sun. I remember calling him “Bluey” and he politely asked me not to call him that. His name was Ian, he said, his friends never called him “Bluey” — that was just a piece of marketing bulldust.

His father was disgusted at the bidding for him with bigger and bigger brown paper bags - said he was not a piece of prize cattle.
Favoured Essendon, which did not engage in the bidding war with simple promises of money and nothing else.

We owe Ned Kelly for Bluey. If not for Ned, Bluey’s grandfather, Richard Shelton, would have drowned in a swollen Creek at Avenal when he was a kid.

Wow, what a great story

Richard Shelton’s father gave Ned Kelly a sash as a mark of his thanks and respect for Ned’s bravery, and Kelly wore that sash under his armour in the shootout that resulted in his capture.

Unfortunately I was born in his last year as an Essendon player so never got to see him play. But it brings a tear to the eye reading the comments of those that saw him play and got to know him. It is a name that brings instant recognition, “Bluey” Shelton, Essendon footballer. I hope that in years to come, many wearing the jumper today will be regarded with the same reverence as he is.

R.I.P. Ian, and thank you for contributing to the great history of our club.

Thanks for your significant contribution in making the EFC a great club, as it was then.