Yeh do it, couldn’t be any worse.

They’d be crazy not to have a look at him.

This is what I think of every time I see it. MANOWAR!!!

Former Docker Tommy Sheridan has revealed the greatest spray he ever received from Fremantle coach Ross Lyon, saying the pre-reason roast in his second season at the club still sticks in his mind.

Sheridan, who played 81 games for the Dockers between 2012 and 2018, relived the experience in an interview with GWS Giants teammate Dylan Buckley on the Dyl and Friends podcast.

The Victorian was in his second pre-season at Fremantle and playing on the wing in the last pre-season game against West Coast when he flew across a pack with one hand to spoil.

Having just kicked a goal on the edge of half time, he went into the rooms feeling good about himself and oblivious to his coach’s disappointment.

“We’ve gone into the meeting and he’s like, ‘Where are ya?!’” Sheridan said.

“‘You!’ He looks me in the eyes. ‘If I ever, ever see one of those efforts, put your body on the line! Don’t look down! If you ever do that again, you’ll never play for this football club again.

“I’m looking at him thinking, ‘Is this bloke fair dinkum?’ Is he looking at me or the bloke behind me?

“And then I’ve dropped my head because I’m looking at my Gatorade, and he’s said, ‘Get your head up! Because if you drop your head you’re no good to us anyway! I’ve got Hayden Crozier over here, he’s ready to go! You’ve just lost your seat on the bus mate!’

“I came out and I had 15 disposals on the wing in the third quarter and then he got me on the phone and he said, ‘That’s how you do it, son. I shouldn’t have to get into you but that’s the response I’m after’.

“Gee whiz I was rattled. I couldn’t sleep that night.”

'My boys win and lose together': Lyon defends Sheridan after costly error

The Dockers were on track to book a spot in the premiership decider after closing to within nine points of Hawthorn early in the final quarter of Friday night’s preliminary final in Perth.

But Fremantle’s hopes of victory evaporated when Sheridan dropped the easiest of marks in defence and Cyril Rioli snapped a goal from the ensuing crumb.

The moment proved to be the major turning point, with Hawthorn going on to win by 27 points.

Sheridan was consoled by several teammates straight after his shocker, and was still visibly upset after the match.

Lyon said the 21-year-old wasn’t solely to blame for the defeat, with a number of missed opportunities, fumbles, and ill discipline costing Fremantle dearly throughout the contest.

“Tommy Sheridan is sitting there really upset. That’s not the reason we lost, but obviously it was a critical moment,” Lyon said post-match.

"I put my arm around him and gave him a cuddle.

"I said, ‘I know you’re upset mate, but it’s a brutal game. We’re not playing tiddlywinks, we’re trying to get to an AFL Grand Final against a team that looks like they could be a triple-premiership team’.

"There is no recrimination.

"It’s costly … but my boys win and lose together.

"My boys lay exhausted, not victorious. We acknowledge we got beaten by a better opponent.

“Tommy is a young leader and he’s a big part of our future.”

Matthew Pavlich: Why Ross Lyon was the greatest coach I ever played under

Ross Lyon came into the coaching role at Fremantle in controversial circumstances.

Today, eight years later, he leaves under similar controversy, with both he and CEO Steve Rosich shown the door at Cockburn.

When you’re winning AFL Football can be magnificent. The sky appears bluer, the grass greener.

But it can also turn quickly. It is a brutal industry that waits for no one, whether that be team rebuilds or coaches who have injuries to star players.

Ross Lyon took Freo to four consecutive finals appearances between 2012-2015 and then held a healthy winning percentage of 69%. 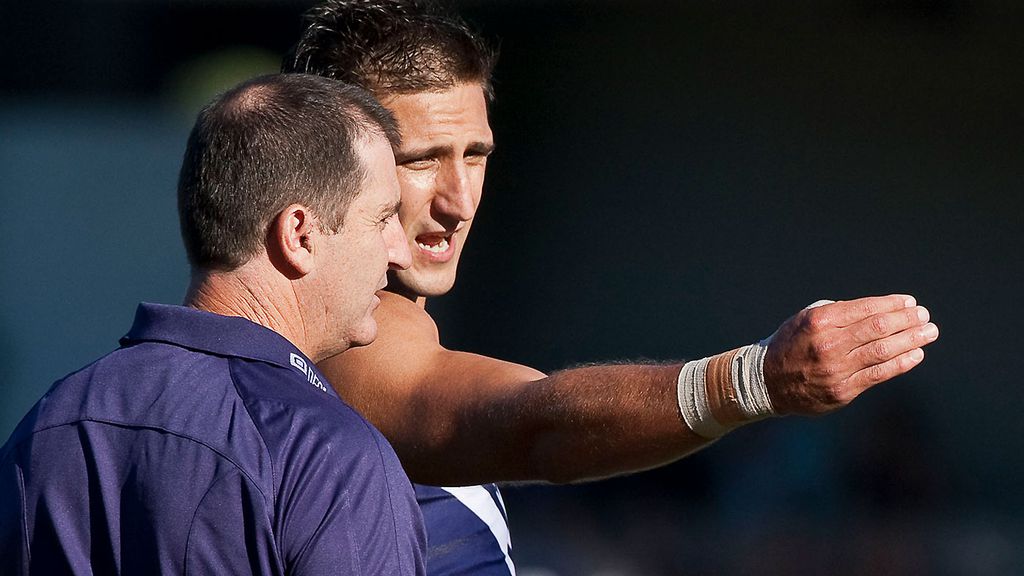 But after four years of rebuild and having only won a third of his games since then, the board moved to terminate his contract. It was a statistic the board couldn’t ignore.

But still - to terminate both the CEO and Senior Coach at the same time is a bold call. Both Ross and Steve have presided over the clubs most successful era with four consecutive finals series and the 2013 Grand Final appearance.

Unfortunately for both men, more was expected.

Ross has coached teams to four Grand Finals. Besides a 56 point blow out in the 2010 replay against Collingwood, his teams have come close to winning in the three other deciders.

In 2013 against Hawthorn, Fremantle kicked 14 points and a further 5 out on the full with their shots at goal. It was an opportunity missed. 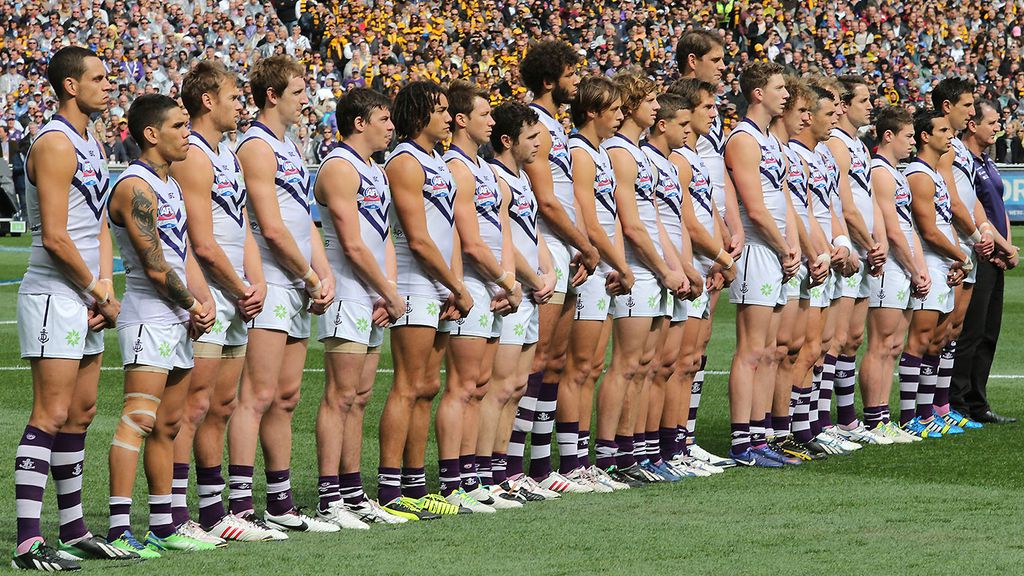 Ross was the best coach I played under. He was an intelligent tactician, a ruthless perfectionist and if you gave your all, he was as loyal as the family dog. He also displayed endless empathy.

He was a father figure to many young footballers. He also laid down the foundations of a team culture that any leader would be proud to call their own. He empowered his leaders.

He drove high standards of excellence. And he got the best out of his players who were less talented than their opposition. I think a few of our players would be hit between the eyes by Ross. He’s uncompromising, he takes no ■■■■, and strives for excellence. I can’t say I’ve ever enjoyed watching a Ross Lyon coached team play footy, but I would enjoy it if he could make us play above our ability level. I don’t know what the club will do. But, I just want to see a ruthless, tough Essendon team, one that I know turns up week after week and plays hard from first bounce to final siren. That’s all I want, what is best for this club and what will give us the best chance of success.

Couldn’t do any worse.